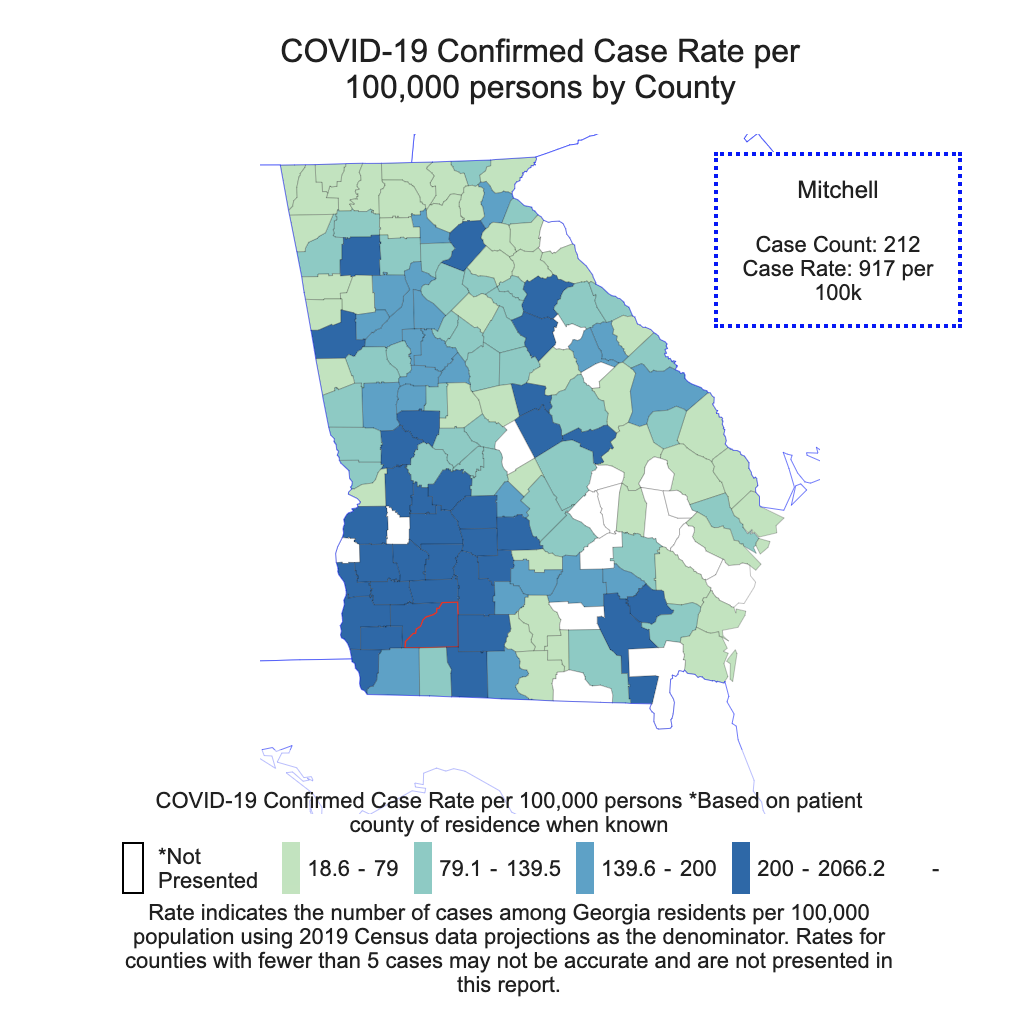 There has been a lot of attention to the COVID cluster in the Smithfield plant in Sioux Falls, SD, which shut down after hundreds of workers became ill with COVID-19. One worker in the factory died.

But there’s another meatpacking plant that has had four deaths: a Tyson’s Food plant in Camilla, GA.

Four employees of a major poultry producer’s operations in rural southwest Georgia have died after becoming infected with the coronavirus, a company spokesman said Friday.

Tyson Foods spokesman Gary Mickelson said three of the employees worked at the company’s chicken processing plant in Camilla, while the fourth person worked in a supporting job outside the plant. He declined to say how many workers there have tested positive for COVID-19, the disease caused by the new virus.

The Retail, Wholesale and Department Store Union, which represents 2,000 workers at the Georgia chicken plant, identified the three plant employees who died as women who had worked there for 13 to 35 years. A statement from the union said many plant employees are “sick or in quarantine.”

This factory is commuting distance — 30 miles — from Albany, GA, where a funeral on February 29 led to a significant cluster. It’s in Mitchell County, GA, which has a population of around 22,000, of whom about half are black. Camilla itself is about 5,600 people, of whom 66% are black. The poultry plant is the largest employer. 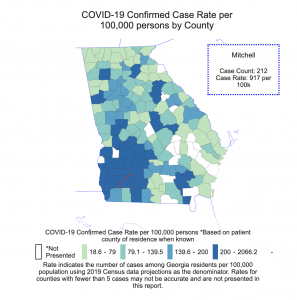 Coronavirus has spread to the next largest employer in town: Autry State Prison, which employs 500 people and houses 1,700 prisoners. 4 staffers and 6 prisoners have tested positive, according to official numbers. (And a County jail has 3 cases.)

While Tyson Foods has implemented some measures to slow the spread — including making masks mandatory — it still isn’t providing sick pay.

Gonzalez said the company has improved safety measures at the Camilla plant by checking employees’ temperatures, requiring workers to wear face coverings, installing dividers at work stations and providing more space in break rooms. He said the company in March had “relaxed our attendance policy to encourage workers to stay at home when they’re sick.”

The union has called on poultry processors to require employees to quarantine themselves for 14 days, and pay them sick leave, when they’re exposed to co-workers testing positive for the virus. It also wants individual departments to be shut down for 72 hours and cleaned after a worker tests positive.

The CEO of Tyson Foods, Dean Banks, is one of the CEOs Trump claims to be consulting on how to reopen the country. Yet his plants are responsible for two clusters of COVID.

Tyson’s workers account for 89% of the cases in rural Louisa County. This story includes an anonymous family member of someone who works at the plant claiming that Tyson’s public comments about preventative measures at the plant are not true.

The relative of one plant worker, however, disputed that, telling Starting Line the company did not provide face masks to workers, still had people working in close proximity to each other, allowed workers to eat together in the break room, and that workers weren’t told of the infections until the day the plant shut down. Not wanting to disclose their name, they also noted the only changes made at the plant were taking employees’ temperatures as they came in, encouraging people to wash their hands, and displaying posters with information about the virus in multiple languages.

Trump and Tyson Foods seem to think these workers are expendable. But if food plants continue to cause clusters like this, it’ll not only shut down key parts of the food supply, but create clusters of COVID-19 in rural areas that are far less equipped to deal with it.