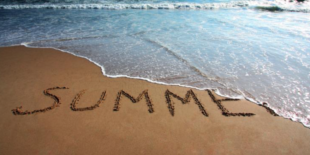 Hi there Trash Talk fans and fannettes, we are back. Personally, I think opening up B1G and SEC football is a declaration of pandemic war on society, especially in some seriously at high risk areas without the ICU resources to cover in a mass problem. Led by Trump, however, this seems to be the clarion call dopes cannot refuse.

Is it the move of voices like Trump, the flailing NCAA athletic departments, or the craven interests of Insta Sports betting interests like Fan Duel and Draft Kings who are desperate to make money now because their precarious and sick corporate lives depend on it? Don’t sleep on the latter, and pay attention as to the ever increasing Insta Sports Betting commercials soak up ad time on ESPN (and their chief shill, Mike Greenberg) and other sports channels. It is a full on push, and they cannot wait for the pandemic to end if they are to take over the gaming world. ESPN is all in on this garbage. Why? Because it is big advertising bucks, and money is their business. It is that simple.

Okay, on to the actual sports. First, today is, improbably, Kentucky Derby Day. As my family originally came from Kentucky before the cactus patch, the Derby is something special. Always has been and always will be. The Derby in September, without the people and hats in the stands, seems wrong. But the horses deserve to run in their time, so okay. F1, and even Indy, have proved that closed circuit courses with fast action are still compelling on TV. Frankly, so too has the NBA and NHL “bubbles”. So, it will still be interesting to see the Kentucky Derby.

One of our early partners and contributors here at Emptywheel, and even before the formal formation of the Emptywheel blog, was Mary. Mary lives on in our recollections and history, and her family, but will be forever known as the one that put horses in our bailiwick. Something Emptywheel Roving Reporter took to ground. So, when horses are up, the memory of Mary is as well. Today is an improbable, and weird day, for the Derby. But let it be run, for the horses. From CBS:

Though the NFL and Kentucky Derby are never mentioned in the same sentence, 2020 has been anything but usual. Even though the 2020 Kentucky Derby will go off Saturday, Sept. 5 on the brink of Week 1 in the NFL, all eyes will be on Churchill Downs, where 16 of the top three-year-old horses will load up for the 146th Run for the Roses. Tiz the Law won the Belmont Stakes earlier this summer and is aiming to become just the 14th horse in history to win the Triple Crown and the first since Justify two years ago.

There is also the NBA, and the “embubblement” is working far better than thought possible. The games are great down the stretch.

NFL football, surprisingly, seems not far off. There is no more fascinating and competitive division than the NFC South. Couple of years ago that would have been shocking, now it is a fact. Bruce Arians, Brady and the Bucs are the most interesting story in the NFL this year. Can they really live up to that interest? I dunno about that. What a division to have to deal with, it is imposing. We shall see.

F1 is back again this weekend. Monza. There are a lot of famous historical races. Monza is very much at the top. This is not a normal year, and the front of the field has been more boring than ever in history by my eye. There is actually pretty decent racing behind the front markers and midfield. I will watch, but do not have much hopes for Monza being the nail biting theater it once was.

As summer starts to wane, today’s music will be by the Loving Spoonful. It was almost Donavan with images of the great Sue Lyon, but I think I already did that years ago. So, let’s have a good weekend folks. Rock on and chat about anything. Also, of course, Dead Flowers for Kentucky Derby Day, because there will be few Derby Days here without that.

Interpol Drops Red Notice against Yevgeniy Prigozhin Even Though US Charges... The Latest Stinky 702 Opinion Bodes Poorly for the Next One