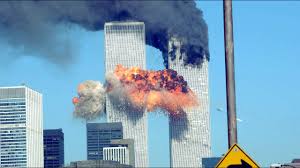 Next year it will be twenty years on. A few minutes ago it was exactly 19 years to the minute. The first plane hit the North Tower at 8:46 am EST. We now suffer a 9/11 every couple of days in the US thanks to Trump’s bungling of the Coronavirus response.

Fires are decimating some of the most beautiful parts of the country on the west coast. Corona is almost certainly set to rage again with the great “re-opening”.

But let’s take a minute to remember what happened 19 years ago, and how the nation came together and responded then. Imperfectly, and sometimes tragically, from the Bush/Cheney regime. It has all been covered here on these pages. The moment could have created a lasting unity and, instead, was exploited to the opposite. But for a couple of days, it felt different. Let us remember why.

No Honor Among Troll Faces: The Latest Lawfare against Prigozhin’s Tr... Judge Sullivan Amicus John Gleeson Lays Out How DOJ Is Arguing Against DOJ,...