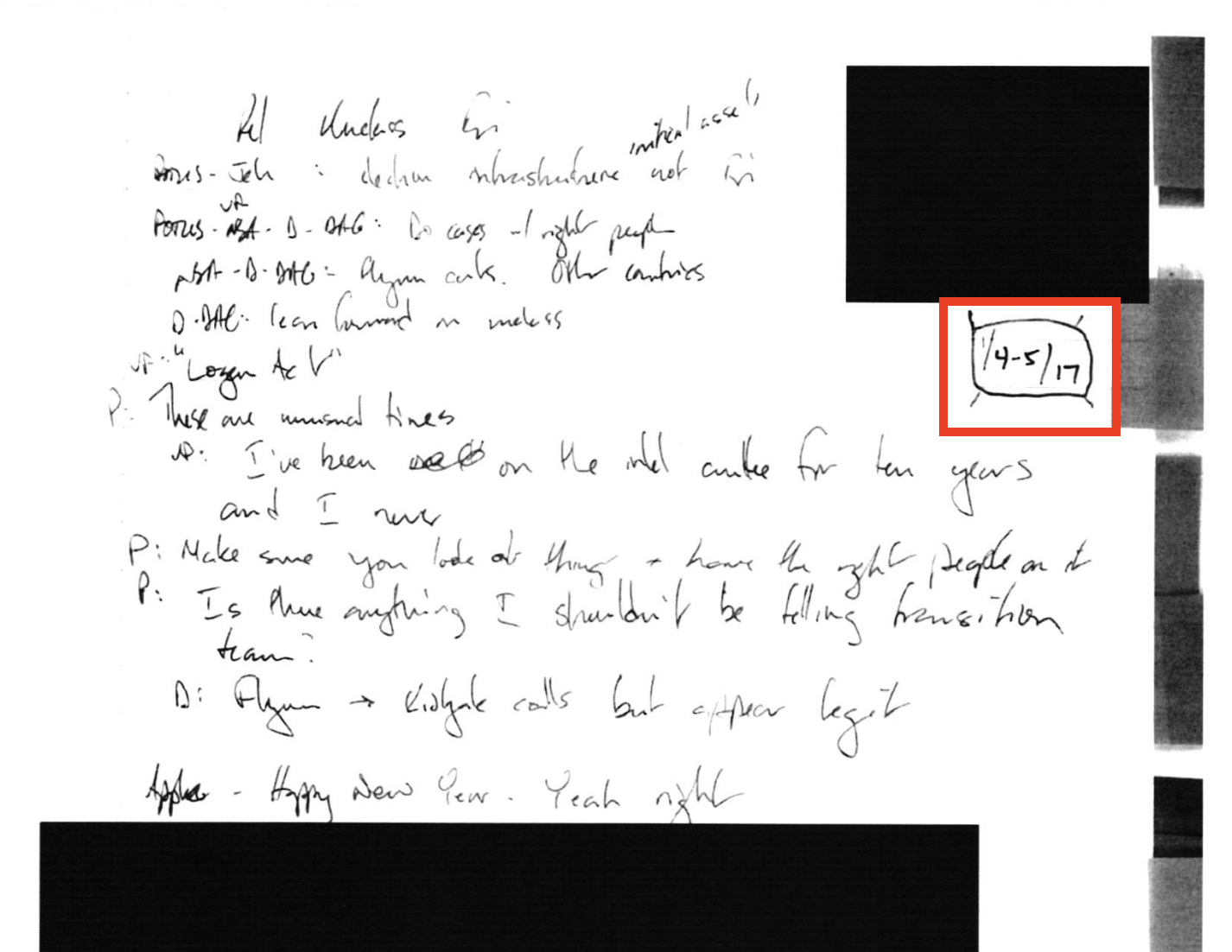 This post laid out how Sullivan established that he has the authority to rule against DOJ’s motion to dismiss the Flynn case, but declined to do so because the question is moot

This post laid out the evidence Sullivan laid out that DOJ’s motion to dismiss was pretextual. He declined to rule that the motion itself was pretextual, because the question is moot. But he made it clear he thinks DOJ’s excuses for blowing up the Flynn prosecution are bullshit.

As I noted, because the order itself moots all pending DOJ issues in the docket, the government would have a hard time appealing either of those issues, especially given that Sullivan didn’t ultimately rule on them. DOJ has no business making requests in this docket because the matter on which they have primacy, prosecutions, has been mooted by Trump’s pardon. Sullivan has reclaimed authority over his docket.

In this post, I’d like to look at something tactical Judge Sullivan did just before he started mooting DOJ’s role, which looks like this in the docket.

Before he ruled on the pardon, Judge Sullivan first struck four exhibits from the docket:

With the exception of the last of these, these aren’t that important — as I noted in this post, Sidney Powell’s submission of prior filings from other lawyers is the rare moment when she can be relied on to be more accurate than the government (or any bum off the street). But by striking those other four exhibits, this order makes clear that Judge Sullivan considers the claims in this DOJ filing to be operative.

Interestingly, Sullivan did not strike a different exhibit — basically some Strzok and Page texts DOJ repackaged to be assholes — which are referred to in the paragraph before the one excepting out those four (which I’ve italicized), which DOJ treats as the same, stuff they’re not relying on, but which they do not decline to authenticate.

The government also notes that there are Discovery Documents attached to Mr. Flynn’s filings that it has not authenticated for the purpose of this filing because those documents were not relied upon by the government in its motion to dismiss or arguments in support thereof. See ECF Nos. 228-2, 228-4, 228-5, and 248-1.

Sullivan left on the docket a bunch of filings that DOJ fell far short of validating in its filing, as laid out here, including the filings that DOJ altered. But he also made it clear that that filing authenticating exhibits in his docket does remain operative.

Judge Sullivan Calls Bullshit on DOJ’s Pretextual Reasons for Blowing... In His Mike Flynn Opinion, Emmet Sullivan Made a Finding of Fact Against Billy...