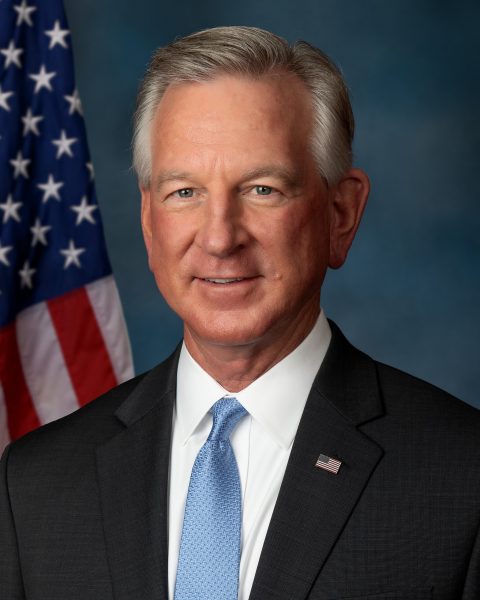 There has been a lot of press focus in the last two days on the role that Josh Hawley and Ted Cruz played in Wednesday’s insurgency. Hawley even lost his book deal for playing a part in inciting the mob.

There should be more focus, in my opinion, on Tommy Tuberville.

I say that for two reasons.

First, by all appearances, Hawley and Cruz were just being disgusting opportunists. They saw the populist mantle, which until Wednesday was assumed to be critical to winning a 2024 presidential primary, and ran to claim it. It’s unknown how closely they coordinated with Trump in their cynical attempts to exploit the moment.

Tuberville, however, appears to have been actively coordinating with Trump during the uprising.

And his involvement in this conspiracy dates to mid-December, weeks before he was sworn in, and so a time when his activities would have somewhat less investigative protection under the speech and debate clause. After he first floated serving as the then sole Senator who would challenge the certification of the vote, Trump reached out to Tuberville directly.

On Sunday, Trump said in a radio interview that he had spoken with Sen.-elect Tommy Tuberville (R-Ala.) about challenging the electoral vote count when the House and Senate convene on Jan. 6 to formally affirm President-elect Joe Biden’s victory.

“He’s so excited,” Trump said of Tuberville. “He said, ‘You made me the most popular politician in the United States.’ He said, ‘I can’t believe it.’ He’s great. Great senator.”

Tuberville’s campaign did not respond to a request for comment on Trump’s statement, which the president made in an interview with Rudolph W. Giuliani, his personal lawyer, on New York’s WABC radio station.

Trump’s conversation with Tuberville is part of a much broader effort by the defeated president to invalidate the election. He is increasingly reaching out to allies like Giuliani and White House trade adviser Peter Navarro for ideas and searching his Twitter feed for information to promote, according to Trump advisers, who spoke on the condition of anonymity to discuss private conversations.

And we know that Tuberville remained in direct contact with the conspirators because on Wednesday, the geniuses trying to pull of this coup tried to call him twice. First, literally at the moment Senators were being evacuated because rioters had breached the building, Trump attempted to call Tuberville directly but instead dialed Mike Lee’s cell phone.

With a mob of election protesters laying siege to the U.S. Capitol, Sen. Mike Lee had just ended a prayer with some of his colleagues in the Senate chamber when his cellphone rang.

Caller ID showed the call originated from the White House. Lee thought it might be national security adviser Robert O’Brien, with whom he’d been playing phone tag on an unrelated issue. It wasn’t O’Brien. It was President Donald Trump.

Then, hours after Rudy Giuliani called for “trial by combat,” after the mob had already breached the building, after one of the insurgents had been killed, hours after Trump had released a video pretending to oppose the violence, possibly even after Capitol Police officer Brian Sicknick suffered injuries that would ultimately kill him, Rudy attempted to call Tuberville. He also dialed the number of a different [unidentified] Senator. Rudy left a message suggesting that he expected Tuberville would heed his requests, a message that seemed to suggest the entire process was an attempt to buy President Trump’s disinformation teams a day to put together new false allegations.

Senator Tuberville? Or I should say Coach Tuberville. This is Rudy Giuliani, the president’s lawyer. I’m calling you because I want to discuss with you how they’re trying to rush this hearing and how we need you, our Republican friends, to try to just slow it down so we can get these legislatures to get more information to you. And I know they’re reconvening at 8 tonight, but it … the only strategy we can follow is to object to numerous states and raise issues so that we get ourselves into tomorrow—ideally until the end of tomorrow.

I know McConnell is doing everything he can to rush it, which is kind of a kick in the head because it’s one thing to oppose us, it’s another thing not to give us a fair opportunity to contest it. And he wants to try to get it down to only three states that we contest. But there are 10 states that we contest, not three. So if you could object to every state and, along with a congressman, get a hearing for every state, I know we would delay you a lot, but it would give us the opportunity to get the legislators who are very, very close to pulling their vote, particularly after what McConnell did today. It angered them, because they have written letters asking that you guys adjourn and send them back the questionable ones and they’ll fix them up.

So, this phone number, I’m available on all night, and it would be an honor to talk to you. Thank you.

This message is the most direct piece of evidence, thus far, that Trump and his co-conspirators planned to use the insurgency as a delay tactic to buy time to try to concoct new claims about the results. It shows that Rudy remained engaged with the attempt to obstruct the lawful counting of the vote after the violence that had delayed it.

Admittedly, both of these calls, like all communications involving either Hawley or Cruz, would be otherwise (if Trump and Rudy hadn’t fucked up) difficult to access given Tuberville’s speech and debate protections. But his communications with the President prior to being sworn in just days earlier would not have the same presumptive protections. And since Rudy was calling him directly, that wouldn’t be privileged either.

The place to start the investigation into Trump’s role in the coup attempt is not with Hawley and Cruz. It’s with Tuberville.