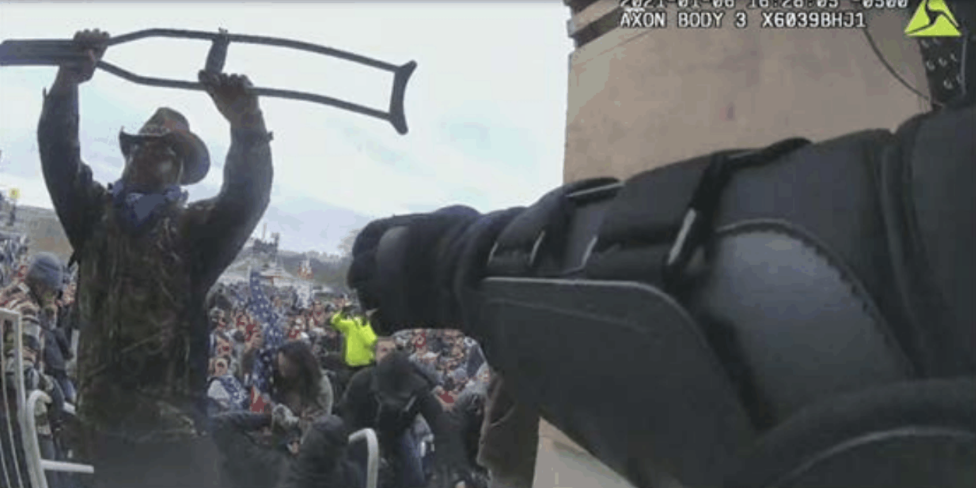 Two weeks ago, I did a post pointing out that the majority of the people who had assaulted cops on January 6 remained at large. At the time, I had identified 26 January 6 defendants charged with assault.

It remains true that most people who assaulted cops have not been arrested. Around 139 cops were assaulted that day, and thus far DOJ has announced the arrest of not much more than 43 people on assault charges, as noted in the list below. Moreover, the people who assaulted key known victims like Michael Fanone and (to the extent that determining this will be possible) Brian Sicknick remain unidentified. Plus, around 192 of the BOLO posters released by the FBI asking for help locating key suspects identified from film are for those suspected of assaulting police; about 29 people with BOLOs who’ve been arrested were suspected of assaults on cops (not all of them were charged with assault, though).

That said, as time has gone on, a great percentage of people the government arrests seem to be assault defendants (and, in some cases, the government has charged people who were arrested for trespassing in early days with assault). Here’s my list which, as of February 26, is 43 people.

Congress versus the Constitution: Merrick Garland’s Second Reconstruc... Beryl Howell Takes an Early Swipe at the Trump Made-Me-Do-It Defense and Other...