iCloud: How to Arrest a Pastor without Investigating Him Directly 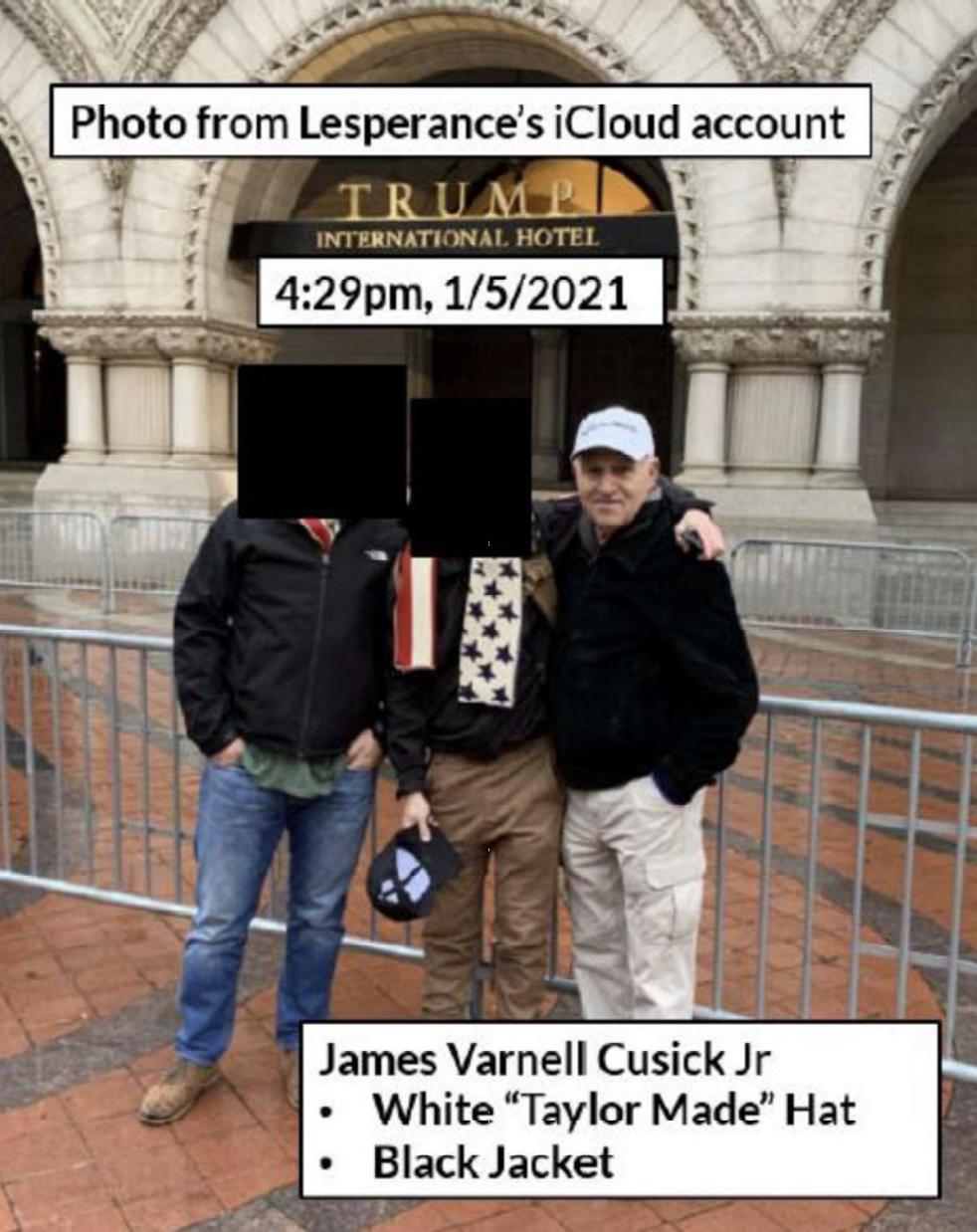 The government got two tips about Lesperance’s presence in the Rotunda during the riot shortly after January 6.

On January 19, the FBI conducted a voluntary interview with Lesperance. He admitted he had been at the Capitol, along with his pastor, and had seen things that made it clear his entry was illegal. He further admitted that he deleted the pictures he took from the day for fear of consequences for his actions.

The version of this interview included with the Cusicks’ arrest affidavits reveals that Lesperance also refused to say who his pastor was.

Lesperance also admitted that “they” entered the U.S. Capitol, but refused to provide law enforcement with the Pastor’s name.

Three days after this interview, the FBI obtained another tip, this one placing James Cusick in the Rotunda.

It’s unclear in what order the other investigative steps took, but there appear to be three key steps: at some point FBI discovered a picture from the Church showing all three men. 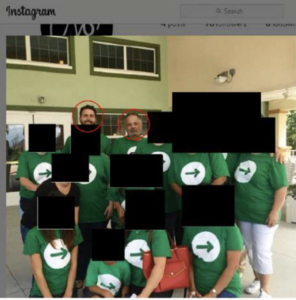 Both Cusick men’s affidavits describe that in March, FBI received an anonymous packet of information on the two men.

On or about March 26, 2021, the FBI received a tip from another individual (“Individual 2”) by way of an anonymous letter mailed to the FBI, alleging that JAMES VARNELL CUSICK JR, and others had traveled from Florida to the District of Columbia, participated in the January 6, 2021 riots, and during that time, entered into the U.S. Capitol building and took videos while they were inside. Included along with the letter were additional documents and photos provided by Individual 2 corroborating that JAMES VARNELL CUSICK JR was the pastor of a church in Melbourne, Florida.

And then, all three affidavits describe, the FBI obtained a warrant for Lesperance’s iCloud account, something that has happened with few other January 6 defendants pre-arrest. The geolocation associated with the iCloud account corroborated what Verizon already had; Lesperance was inside the Capitol the day of the riot.

But it also provided a bunch of photos from the day, presumably at least some of the photos that Lesperance had deleted, “out of fear of negative repercussions.” 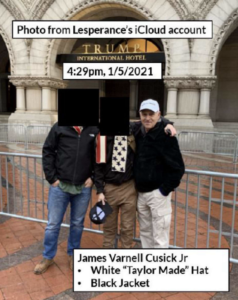 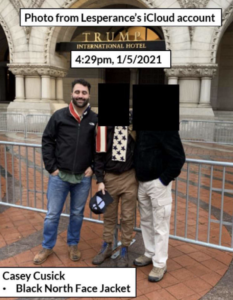 One photo shows father and son Cusick posing — probably with a third person, not Lesperance — outside the Trump Hotel at 4:29 PM the day before the riot.

Other photos — which were conveniently geotagged — showed the Cusicks at various times and places in the riot, times and places that the FBI then cross-referenced with body and other surveillance footage.

For example, one in Lesperance’s iCloud showed the senior Cusick looking out one of the broken windows of the Capitol. 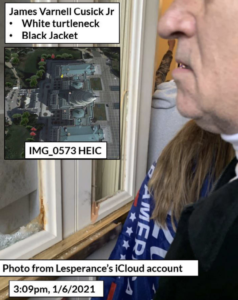 BWC video taken nine minutes later showed the senior Cusick in some kind of faceoff with a bunch of cops. 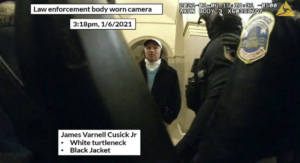 And then video from the same BWC 28 seconds later captures Casey. 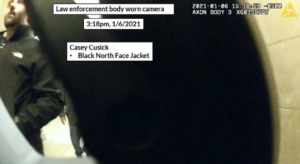 Again, all that this shows is that the Cusicks were in the Capitol during the riot. All these men are charged with is trespassing.

But the government was intent enough to bring these charges that they made an effort to get the photos Lesperance had tried to delete even before arresting the three men.

The iCloud may have just been a work around — a way to arrest two pastors without obtaining legal process on them directly. For both, the only individualized information obtained — their cell phone location the day of the riot — came from the pre-existing AT&T geofence warrant returns obtained on January 6, not from targeting them individually.

If that’s what Lesperance’s iCloud warrant was, a workaround, it did work.