“Darkened Plazas with Throngs of People:” The Government Debunks the Portland – January 6 Comparisons 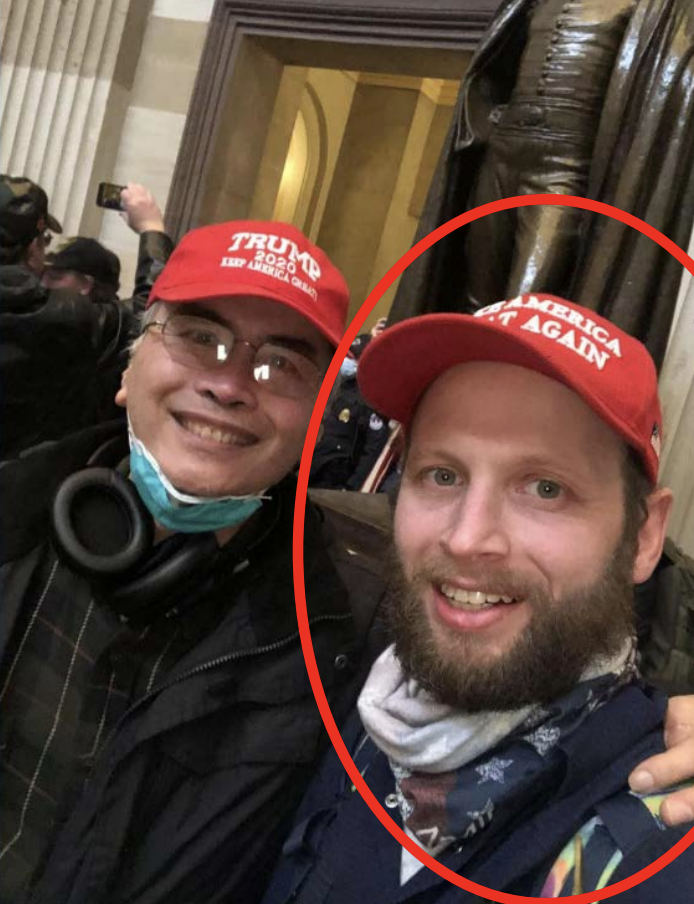 The government just responded to January 6 defendant Garret Miller’s claim of selective prosecution. Miller is charged with assault and civil disorder, obstruction, and — for threats against AOC and the officer who shot Ashli Babbit — interstate threats.

On January 15, 2021, MILLER admitted in a Facebook chat that he is “happy to make death threats so I been just off the rails tonight lol,” and is “happy to be banned now [from Twitter].” When asked whether the police know his name, he responded, “[I]t might be time for me to …. Be hard to locate.”

Last month, Miller filed two motions claiming selective prosecution (for discovery, to dismiss). He argued that Portland defendants were treated differently than he is being treated, because many of the Portland cases involving (some but not all of) the same crimes he was charged with are being dismissed or resulting in plea deals.

UndersignedCounsel has undertaken an extensive review of pleadingsfiled on PACER, press releases issued by the United States Attorney’s Office for the District of Oregon, and various news accounts as they relate to the Portland riots. From that review, it appearsthat approximately 74 persons were charged with criminal offenses arising out of the riots. 5 Of those 74 persons, to date, approximately 30 persons have had their cases dismissed (often with prejudice) upon motion of the government, 12 persons appear to have been offered dismissals upon completing a pre-trial diversion program, and at least 3 persons have been allowed by the government to plead guilty to significantly reduced charges.6

The government responded to the motion for discovery today. It argues, generally, that Miller hasn’t presented any similarly situated people.

Miller fails this showing. A selective-prosecution claim requires the defendant to identify “similarly situated” individuals who “have not been prosecuted,” Irish People, Inc., 684 F.2d at 946 (citation omitted), and Miller has pointed to no such individual. He instead cites 45 cases (from a sample of 74) where the government charged the defendant with federal offenses arising from riots around the federal courthouse in Portland, Oregon, and where the government subsequently dismissed the charges, entered a deferred-prosecution agreement, or acceded to the defendant’s guilty plea on reduced charges. Doc. 32, at 7.2

It then points out the obvious: Miller is not claiming selective prosecution, he’s claiming that the outcomes of those prosecutions are different than his is likely to be.

This comparison fails, first and foremost, because the government actually charged nearly all defendants in the listed Oregon cases with civil-disorder or assault offenses. See Doc. 32-1 (Attachments 2-31). Miller has accordingly shown no disparate treatment in the government’s charging approaches. He instead focuses on the manner in which the government ultimately resolved the Oregon cases, and contrasts it with, in his opinion, the “one-sided and draconian plea agreement offer” that the government recently transmitted to him. Doc. 32, at 6. This presentation—which compares the government’s initial plea offer to him with the government’s final resolution in 45 hand-picked Oregon cases—“falls woefully short of demonstrating a consistent pattern of unequal administration of the law.”3 United States v. Bernal-Rojas, 933 F.2d 97, 99 (1st Cir. 1991). In fact, the government’s initial plea offer here rebuts any inference that that it has “refused to plea bargain with [Miller], yet regularly reached agreements with otherwise similarly situated defendants.” Ibid.

3 Miller’s motion notably omits reference to the remaining 29 Oregon cases in his survey, presumably because the government’s litigation decisions in those cases do not conform to his inference of selective treatment.

You can’t claim selective prosecution when those other defendants were also charged, especially not after you, yourself, have been offered the same “significantly reduced charges” you’re complaining Portland protestors got.

But then the government goes into specifics about what distinguishes Miller: generally, there’s far better evidence against Miller, and, specifically, he committed other crimes as well.

More fundamentally, the 45 Oregon cases serve as improper “comparator[s]” because those defendants and Miller are not similarly situated. Stone, 394 F. Supp. 3d at 31. Miller unlawfully entered the U.S. Capitol and resisted the law enforcement officers who tried to move him. Doc. 16, at 4. He did so while elected lawmakers and the Vice President of the United States were present in the building and attempting to certify the results of the 2020 Presidential Election in accordance with Article II of the Constitution. Id. at 2-3. And he committed a host of federal offenses attendant to this riot, including threatening to kill a Congresswoman and a USCP officer. Id. at 5-6. All this was captured on video and Miller’s social-media posts. See 4/1/21 Hr’g Tr. 19:14-15 (“[T]he evidence against Mr. Miller is strong.”). Contrast that with the 45 Oregon defendants, who—despite committing serious offenses—never entered the federal courthouse structure, impeded a congressional proceeding, or targeted a specific federal official or officer for assassination. Additionally, the government’s evidence in those cases often relied on officer recollections (e.g., identifying the particular offender on a darkened plaza with throngs of people) that could be challenged at trial—rather than video and well-documented incriminating statements available in this case. These situational and evidentiary differences represent “distinguishable legitimate prosecutorial factors that might justify making different prosecutorial decisions” in Miller’s case. Branch Ministries, 211 F.3d at 145 (quoting United States v. Hastings, 126 F.3d 310, 315 (4th Cir. 1997)); see also Price v. U.S. Dep’t of Justice, 865 F.3d 676, 681 (D.C. Cir. 2017) (observing that a prosecutor may legitimately consider “concerns such as rehabilitation, allocation of criminal justice resources, the strength of the evidence against the defendant, and the extent of a defendant’s cooperation” in plea negotiations) (brackets and citation omitted)

More importantly (and a point that Trevor McFadden made when Couy Griffin tried to claim he was being picked on because he got charged with the same trespassing charge virtually everyone else got charged with), the government notes that Miller hasn’t been treated differently than any of the 500 others who’ve been charged in January 6.

[H]e is one of more than 500 defendants already charged for participating in the riot, and he does not suggest that he has been treated differently than any of those similarly situated defendants.

This is a response to a guy who, though his assault charges are not as serious as the assaults charged against others, then went on Twitter and bragged about committing crimes, and then threatened several people, including a Congressperson. Other January 6 defendants might raise more interesting selective prosecution challenges, which will likely fail for the general comments laid out about the quality of evidence involved. But this challenge was doomed from the start. Miller’s alleged crimes were so well documented — on camera and in his own words — that he was never the person to bring this challenge.

More importantly, the government raises one big reason why the January 6 defendants will be prosecuted and some Portland defendants will not (setting aside the 29 cases Miller tried to pretend didn’t exist), even assuming their alleged crimes are just as bad: because there weren’t tens of thousands of others filming their actions, because they didn’t try to occupy a building full of CCTV, and because they didn’t brag about their crimes after the fact.