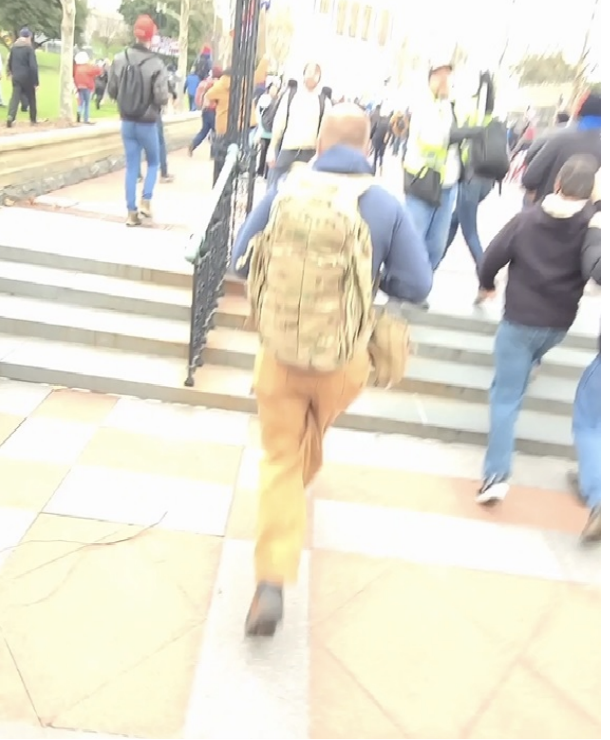 Judge Tim Kelly, the judge presiding over most of the Proud Boy cases, just ruled that Matthew Greene must remain detained until his trial as a threat to the community. Greene’s defense attorney Michael Kasmarek made a compelling argument that the things Greene did at the Capitol weren’t as bad as some other defendants and a witness who testified that Greene had suggested they would have killed Nancy Pelosi if they had found her is unreliable (here is his brief). Prosecutor Erik Kenerson argued that the things Greene did since January 6 — such as stocking up on ammunition and calling for war — were the things that merited detention (here’s the government brief).

It didn’t help Greene that since these filings New York State indicted him because some of the guns he possessed when the FBI showed up were not legal in NY.

But I found the hearing most interesting for how Kelly got to the decision and something he said along the way.

First, after Kenerson said that two of the defendants were at least considering pleading, Kelly said he didn’t think he’d rule on the co-defendant William Pepe’s pending motions — a motion to dismiss the obstruction count, a motion to sever Pepe from Greene and Dominic Pezzola, and a motion to transfer the case out of DC — until after defendants decided they were going to trial.

Given my focus on pending challenges to the obstruction count, it’s significant that Kelly would defer ruling on it. According to a list of all the pending 1512 challenges submitted to Judge Randolph Moss by Brady Knowlton, Kelly has similar challenges from Ethan Nordean (which I wrote about here) and Joshua Pruitt.

But two other comments Kelly made suggest it may not matter.

As he began his analysis of the detention decision for Greene, he noted that the obstruction charge he and the others face may carry a sentence of up to 20 years; he characterized the charged crime as the obstruction of the peaceful transfer of power and described it as a gravely serious crime.

That doesn’t sound like the language of a judge who finds the obstruction charge inapt.

And then from that discussion Kelly described how the damage to the window of the Capitol he is charged with as a co-conspirator of Pezzola carries a terrorism enhancement.

It does — I’ve written about it several times, and such allegations have been before Kelly since a detention dispute for Pezzola in February. But I don’t remember Kelly emphasizing it as much in the past.

Still, it reflected a thought process I don’t recall him expressing in the same way before. And that’s of particular interest, because Kelly ruled Greene should stay in jail almost entirely because of the risk he — and the Proud Boys — posed going forward.

January 6: The Trespasser Testimonials Brady Knowlton’s Lawyer Suggests There Were No Victims on January 6