Journalists Getting Suckered by Ass-Covering Sources on Afghanistan 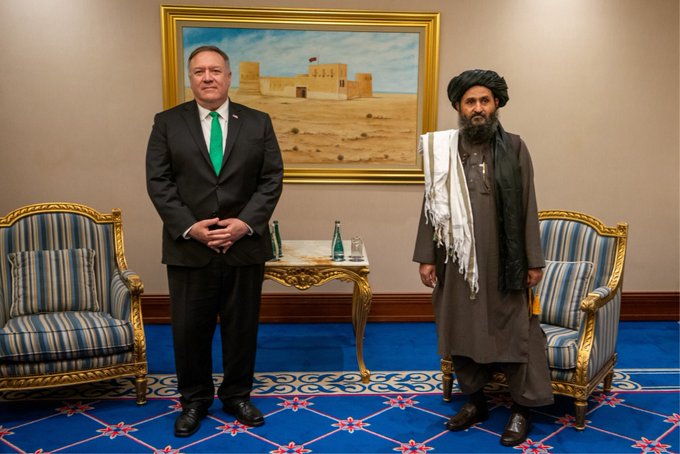 Rather than explaining why the government didn’t know that Ashraf Ghani was going to flee the country, allegedly with bags of cash, national security sources are busy suckering journalists to report that they warned of the quick demise of the Afghan military.

A positively egregious example is this piece from WSJ’s Vivian Salama. What it reports is that 23 people in the State Department concerned about the rapid collapse of the Afghan government warned that the collapse would happen after August 31 — that is, still eleven days in the future from today. It also reports that the Biden Administration was already hastening efforts to get allies out of Afghanistan the day after those 23 people warned Tony Blinken (meaning, State was already aware of and working on the urgency).

The cable was sent to Secretary of State Antony Blinken and Director of Policy Planning Salman Ahmed. Mr. Blinken received the cable and reviewed it shortly after receipt, according to the person familiar with the exchange, who added that contingency planning was already under way when it was received, and that Mr. Blinken welcomed their feedback.

The signatories of the dissent channel cable urged the State Department to begin registering and collecting personal data in advance for all Afghans who qualify for Special Immigrant Visas, aimed at those who worked as translators or interpreters; locally employed embassy staff; and for those eligible for other U.S. refugee programs while there was still six weeks left before the withdrawal deadline.

It also urged the administration to begin evacuation flights no later than Aug. 1, the people said.

On July 14, a day after the cable was sent, the White House announced Operation Allies Refuge to support the relocation of interested and eligible Afghan nationals and their immediate families who supported the U.S. government for the special immigrant visas. Evacuations didn’t kick into high gear until last week and have been complicated by the Taliban takeover of Kabul on Sunday.

Several other actions that have since been taken by the administration were consistent with some of the requests and recommendations in the cable, the person familiar with the cable exchange said. [my emphasis]

In other words, the story should be about how top Biden officials were already ahead of where the 23 people who signed this dissent cable were, and where they weren’t, they integrated the recommendations of the cable.

The story probably should also be about how, after Biden made comments on July 8 (which the article quotes) that were far too rosy about the state of the Afghan government, someone got him to stop.

In paragraph two, meanwhile, the story uses the word “imminent” to suggest days when it really means weeks.

The classified cable represents the clearest evidence yet that the administration had been warned by its own officials on the ground that the Taliban’s advance was imminent and Afghanistan’s military may be unable to stop it.

And the headline doesn’t note that the cable’s warning was, like all other warnings, too optimistic about the state of the Afghan government.

I get that such stories — suggesting that Biden ignored warnings and so owns this collapse — will drive a lot of traffic. Biden does own this collapse, along with Trump, Obama, and (especially) George Bush. But he owns it because of stupid decisions made 18 months and 18 years ago, not the efforts he made in July to mitigate the aftermath of those earlier decisions.

A far more urgent, and honest, story is the explanation for why, thus far, zero anonymous sources have claimed to have an explanation why no one knew that Ghani was going to flee. Another urgent story is to understand what forces helped the Taliban succeed so wildly, and how such efforts were able to so thoroughly evade our intelligence collection. Another interesting story is why Afghan veteran Christopher Miller, who was promoted way outside of his expertise level and was surrounded by flunkies fiercely loyal to the President, is making shit up about what was the real plan he was hired to implement.