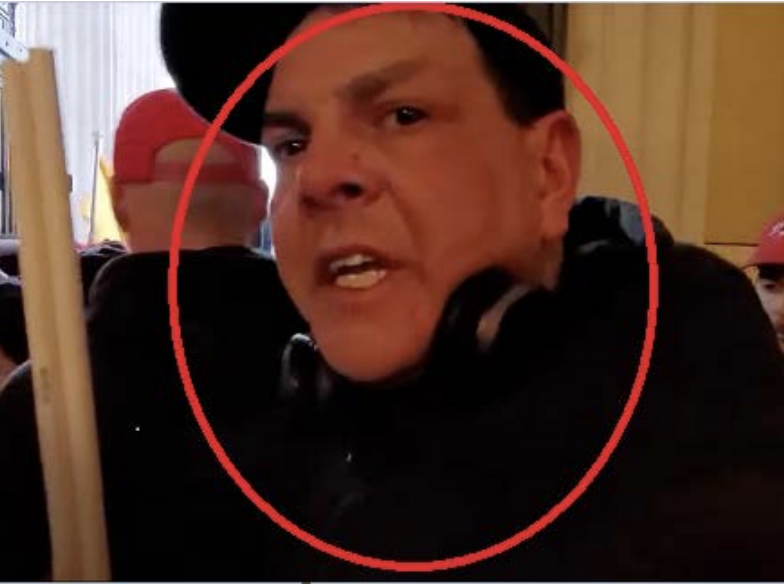 I have followed, with great interest, how January 6 prosecutors have used the misdemeanor pleas to establish their larger case about January 6. In this post, I noted that Eliel Rosa’s sworn statement of offense describes how obvious it was for someone approaching the Capitol at the same time Ethan Nordean was that cops didn’t want them there.

11. In front of them, Mr. Rosa observed a large group of individuals shouting and Mr. Rosa heard people with megaphones shouting, “Go, Go, Go.” Mr. Rosa heard bangs and acknowledged the smell and presence of pepper spray that had been deployed. Because of these observations, he knew law enforcement was present and in front of the advancing group.

In this post, I collected a bunch of language from statements of offense that either validated a defendant’s own recording of the riot or described some of the violence.

That’s why I was particularly interested in the statement of offense of David Mish. Mish was a witness to Ashli Babbitt’s death. His arrest affidavit had described that he called Metropolitan Police Department on January 7 and offered information in conjunction with Babbitt’s death.

12. On approximately January 7, 2021, David Mish contacted the Washington, D.C. Metropolitan Police Department (“MPD”) stating that he had information to provide about the fatal shooting of Ashli Babbitt, who was shot inside the U.S. Capitol during the civil unrest. On January 8, 2020, Detective John Hendrick of the MPD contacted MISH by phone and recorded the ensuing conversation regarding the Babbitt shooting. MISH stated that he, together with several others, had entered the United States Capitol on January 6, 2021. MISH asked “[b]ecause I entered the Capitol Building are you guys gonna take me to jail? I didn’t break anything. . . . I went in, yes.” Detective Hendrick clarified with MISH that his sole investigatory focus was on the shooting and that he was not involved in investigating MISH’s actions inside the United States Capitol. Detective Hendrick explained that investigation of demonstrators’ actions inside was being handled by other agencies and that he could not say whether or not MISH would be arrested. MISH subsequently stated that “I came up the stairs where the scaffolding was. Um, I was with a group of guys. . . . [E]verybody was yelling ‘breach the building.’”

He told Detective Hendrick that he heard — and recorded — Babbitt telling the police blocking her entry into the Speaker’s Lobby that the mob she was with were “not gonna stop.”

14. In his interview with Detective Hendrick, MISH stated that a group of several individuals went into a bathroom adjacent to the Speaker’s Lobby and he objected when one of the group broke a mirror, stating, “we’re trying to get to the politicians because we wanna voice our . . . we wanna voice to ‘em.” MISH described Babbitt saying to the officer who was at the doorway, “Just open the door. They’re not gonna stop,” or words to that effect, referring to the crowd gathered at the doorway. MISH further stated that he had used his cell phone to record some of the activity that occurred within the United States Capitol. MISH told the detective, “from my video you can tell that I was one of the, I was the first group of people to hit that doorway,” referring again to the locked doorway leading to the Speaker’s Lobby that the rioters were attempting to breach. MISH stated he would provide the video footage to MPD Detective Hendrick and subsequently e-mailed a link to a Google Drive folder. To date, neither MPD nor the FBI has been able to access the content of the link. [my emphasis]

But none of this shows up in Mish’s statement of offense. There’s just one mention of the Babbitt shooting.

While inside the U.S. Capitol, the defendant entered a bathroom near the Speaker’s Lobby and came out to hear the fatal shooting of Ashli Babbitt.

And the Statement of Offense focuses on evidence implicating Mish, not collecting details about Babbitt’s killing.

Mish’s plea agreement includes the boilerplate language on cooperation addressing his social media, not anything he witnessed (or claimed to have witnessed) at the Capitol.

There’s no conclusion we might draw from this — aside from, in this case, pertaining to one of the most sensitive parts of the ongoing investigation, DOJ did not include information they otherwise might.

The Dog Ate My Conflict — Car Accident — Ventilator — Disconnected... At Lunchtime on March 15, 2017, Joshua Schulte Went Home and Got His Passpo...