Brandon Fellows Gets a CIPA Notice 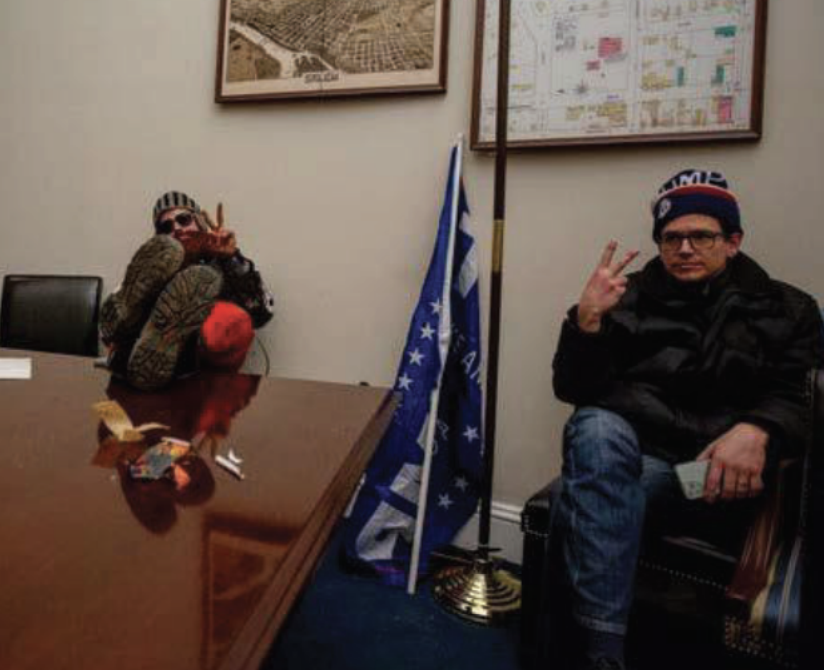 It’s not yet clear what kind of classified information the government wants to use against Fellows.

But one thing I’ve been tracking is DOJ’s thus far fruitless attempt to figure out who stole Jeff Merkley’s laptop.

Fellows was one of the people who was in his office during the riot and his arrest affidavit mentions the laptop, but admits that at that point (in January) they had no evidence he stole it.

Fellows’ discovery shows they obtained a Pen Register on him (which would allow the government to track his contacts). But it doesn’t show that he received what the guy with whom he was pictured with in Merkley’s office, Justin McAuliffe, received: a picture of the stolen laptop. 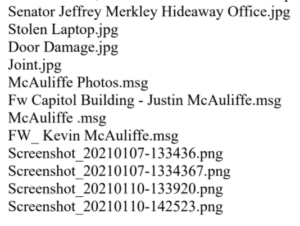 A (surely partial) list of those who were in Merkley’s office, with their arrest date and current status, includes:

Some of these people — like Entrekin and Edwards — were probably arrested to get to video they took, including of what happened in Merkley’s office. Gionet, too, took video, but I would be shocked if he weren’t eventually charged with (at least) obstruction. There’s three buddies from Brooklyn (Lunyk, Ferrigno, and Connor) who realized they were in trouble when they showed up in pictures with Gionet.

Fellows is currently the only one of these people charged with a felony, obstruction.

But given that people with ties to the far right who were in Nancy Pelosi’s office stole a laptop and offered it to Russia, I do wonder whether someone also tried to share Merkley’s laptop with Russia.

That’s the kind of thing that might require classified information to charge.

Update: h/t Eureka for reminding me Rehl was pictured smoking in Merkley’s office.

Update (9/10): I neglected to include Felipe Marquez in this list. He just pled guilty. I’ve added him.

DOJ Treated Jerome Corsi as News Media but Not Roger Stone or Randy Credico... “This is not reverse RICO!” Shane Jenkins Gives Away John Pierce’s...