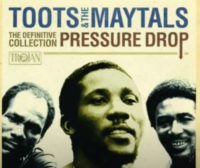 Lot of stuff in the last couple of days, and things that have people hot and bothered. So, let’s chill it out a bit with some late trash talk.

First off, a bit of credit to Fernando Alonso, who finished on the podium in Qatar for the first time in a long time. The Spaniard is still one of the fastest and best drivers in F1, the problem has long been his quality of equipment. So, that is fantastic.

In the college ranks, too many B1G teams, hi Ohio State and Michigan, won yesterday, as did those darned Domers. The Pac-12 truly sucks, and ASU is in serious need of a new head football coach and athletic director. The Cincinnati Bearcats truly deserve to be in the CFB Playoffs, and if they are not let fire engulf the entire NCAA.

In the pros, the Patriots seem to have reloaded with Mac Jones a lot faster than expected, though they are doing it against not the best competition. Their next four games are tough though, so we shall see. The Packers at Vikings may be the most interesting game of the day given that Kyler Murray seems unlikely to play as the Cards are in Seattle. Bengals at Rayduhs looks pretty interesting, though both a little flimsy right now. Lot of people taking the Cowboys over the Chefs, not sure about that. I will go with the Chefs with the game in KC. If Big Ben plays, and it looks like he will, Scribe’s Stillers at the Bolts looks to be an excellent SNF game.

That’s it. Trash this joint immediately. Music by Toots. Currently, Mrs. bmaz is playing Here Comes The Sun on her newish piano, the summer heat has broken, and I hope life is as good for every one of you.