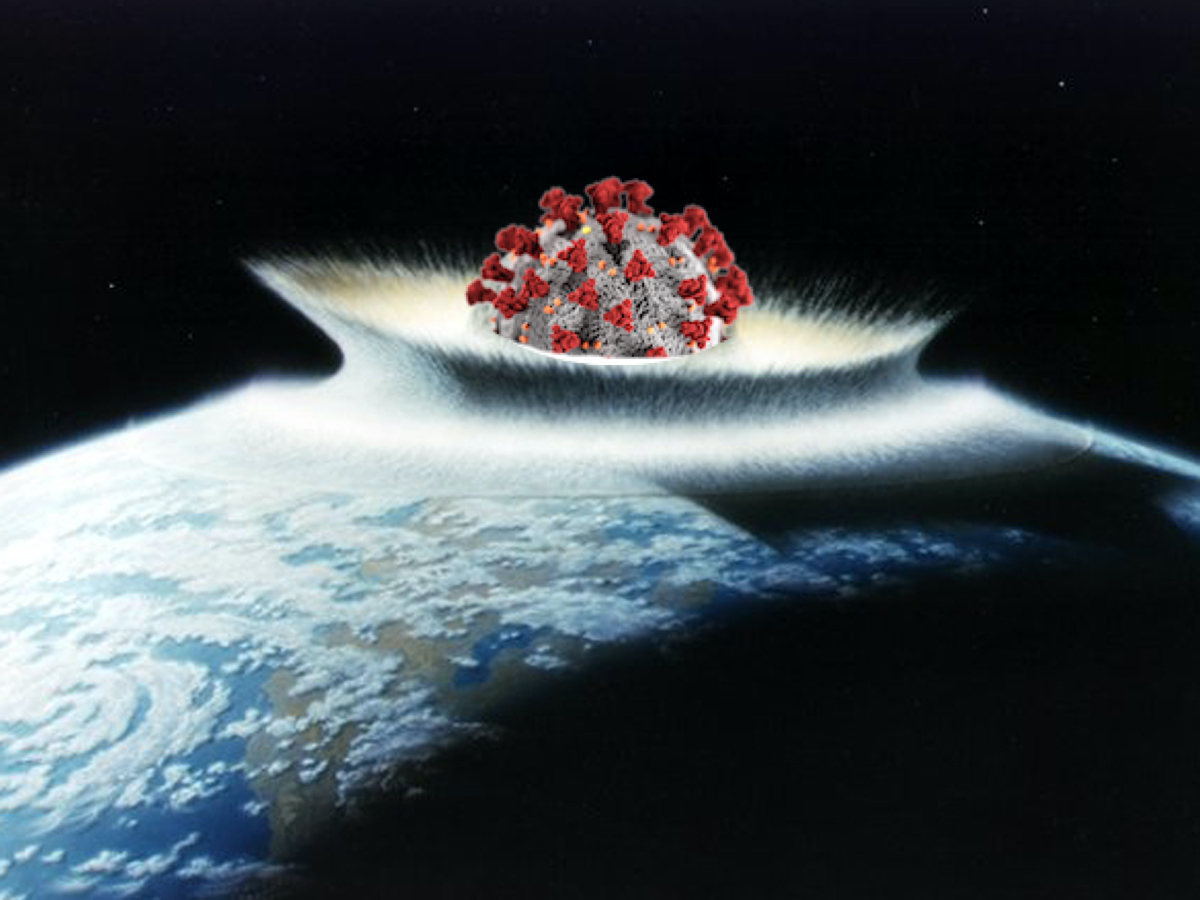 Only a month after the World Health Organization declared it a variant of concern, Omicron is now dominant in the U.S. accounting for roughly 3/4 of the nearly 1.9 million new cases of COVID reported over the last week.

Because of its dramatically increased ease of transmission, new cases of COVID are expected to explode and exceed past waves of cases.

Joe Biden will be speaking to the nation today about the federal response to the new coronavirus variant Omicron.

The surge of cases is expected to swamp health care infrastructure which has already been pushed up to and beyond its limits by previous COVID waves and the continued resistance to vaccinations and boosters by roughly 30% of the population.

Lockdowns are not expected to be part of the federal response; rather, the government will send federal personnel to large hospitals across the country to help beleaguered staff as new cases roll in.

500 million instant tests for home use are also expected to be sent out. The hue and cry after White House press secretary Jen Psaki’s comments regarding testing and masks sent to homes may have spurred this effort in concert with the dramatic uptick in Omicron cases.

Will this federal response be enough? Likely not — but we would not be in this situation had there been a plan to mitigate COVID in place when Biden took office 11 months ago. Taking office just as another surge began placed the entire Biden response on its heels.

Likely more later on this as an update; three items are in progress and will follow shortly.

Speaking of the White House communications, Jeff Zients set off a shitstorm with a poorly worded or thought-through remark about the unvaccinated.

Disability activists were reasonably put out as many disabled can’t get vaccinated and boosted for health reasons.

But there’s another bigger problem in terms of the percentage of people affected: workers especially in low wage jobs aren’t getting vaccinated because their employers aren’t providing adequate support.

If you’ve gotten fast food recently, you’ve probably been in contact with someone who hasn’t been able to get vaccinated.

An effective federal outreach will reach the unvaccinated who want the shots and booster but whose circumstances haven’t allowed them to do so. Leaving this to the states — especially in red states — has left economically vulnerable exposed to COVID.

That said, fuck the unvaccinated who willfully refuse to be vaccinated, especially those who refuse all other mitigation measures. Welcome to the “winter of severe illness and death” you’ve asked for; may its toll be on you alone and not on any vulnerable children, immunocompromised, disabled, or precarious and marginalized persons.

One of the biggest flying periods of the year is nearly upon us as Americans fly to/from home for the holidays. Unfortunately this follows a hearing last week before the Senate Commerce, Science, and Transportation Committee in which an airline executive said something ridiculously absurd.

Southwest Airlines CEO Gary Kelly, when asked about mask use by travelers and staff on its airplanes, said,

I think the case is very strong that masks don’t add much if anything in the air cabin environment. It’s very safe and very high quality compared to any other indoor setting.

Never mind the studies of aerosol transmission which has examined mass transportation for dispersal of aerosolized particles, or case studies of specific outbreaks occurring among persons in enclosed spaces, all of which have shown sitting in close proximity to infected persons substantially increases the odds of transmission between infected and non-infected persons.

Former surgeon general Jerome Adams was rather blunt in response to Kelly’s remarks:

Kind of surprising for a guy who fluffed up the Trump administration’s policy about mask use.

Karma had her way with Kelly, though, who had been coughing during his appearance before the Transportation Committee — he was diagnosed with COVID the next day.

What an ignorant, arrogant douchebag. He probably infected others in his own workforce and possibly members of Congress and staffers. Why Southwest’s board of directors and shareholders haven’t suspended Kelly is beyond me; air travel requires a fairly high degree of trust in science and Kelly clearly doesn’t trust science.

Masks have been mandatory on public transportation including airplanes since last year. This requirement will likely continue throughout the Omicron wave and beyond.

If you must travel over the holidays, trust the science and wear a high-quality mask.

Oops, one more thing: Robert F. Kennedy III is a blight on his family’s legacy. His anti-vaxx bullshit is racist bordering on genocidal.

An important read about how Robert F. Kennedy Jr.’s anti-v*ccine non-profit has thrived during the pandemic and his efforts to spread misinformation including targeting Blk communities. https://t.co/cAFFFQmXPZ

He needs to be kicked to the curb. I would love to know who/what is funding his sketchy work.

The Intransitive Corruption of the Oath Keepers Behind the Arrest of Putin’s Pen-Tester, Vladislav Klyushin