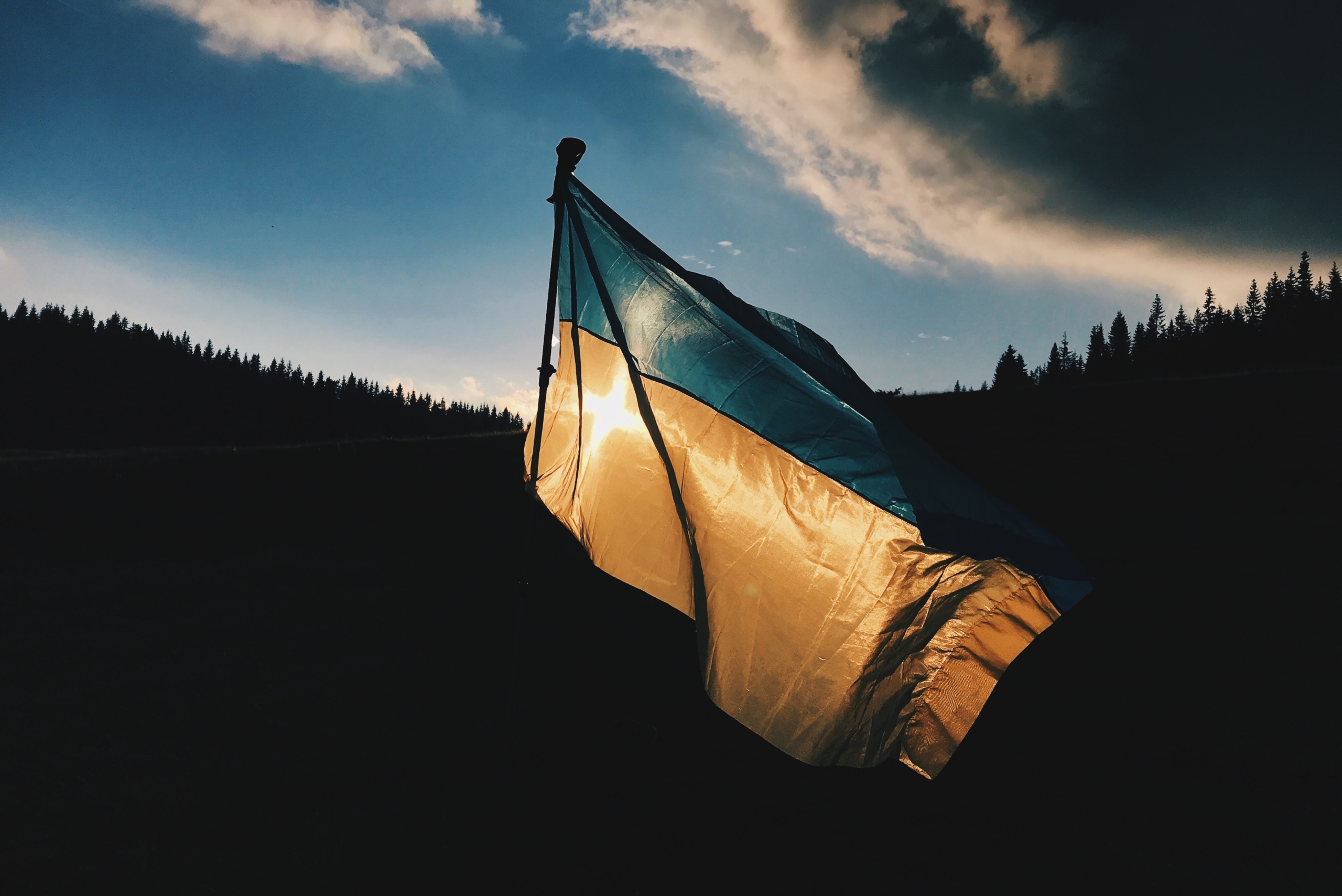 I was stitching together three somewhat disparate bits into a narrative only to realize the post was huge and unwieldy. I’ve broken it out into three parts under the Three Things theme. The other two should be done soon.

Though NATO and the EU have become more resolved and responsive since active military action began, there’s been anger and frustration expressed about the lack of immediate aid by allies of Ukraine in response to Russia’s invasion.

We have to admit that cognitive dissonance played a role in the lag.

Cognitive dissonance may have been to blame for the low key response to Russia’s previous incursions against Georgia, Crimea, and the quasi-coup of Belarus with Alexander Lukashenko’s sketchy presidential election, as well as the 2014 occupation of Donetsk and Luhansk areas in eastern Ukraine.

For a number of reasons depending on the individuals’ and nation-states’ situations, EU and NATO were uncomfortable confronting the possibility Putin was engaging in colonial expansion.

It didn’t sink into our collective consciousness over more than a decade what Putin was doing with his steady acquisition of control over areas formerly part of the USSR.

Did it take our impeaching a US president because he attempted to extort performance from Ukraine in exchange for military aid? No — that still wasn’t enough for many to see what’s been in front of them for years.

We’re steadily awakening to the challenge Putin has posed but denial clings to us, our eyes resist opening.

It shouldn’t have taken Ukraine’s president Zelenskyy making an impassioned speech to break the torpor, reminding the EU and thereby its NATO members that Ukraine was defending democratic values on Europe’s eastern flank, and that his plea might be the last time they saw him alive.

The implication was not only that Putin wants Zelenskyy dead, but there could be far worse ahead without immediate assistance from the EU neighborhood.

Let me share a translation of a tweet thread by Anna Colin Lebedev, lecturer at University of Paris-Nanterre, a specialist in post-Soviet societies. She shared these remarks on February 24 when the invasion began, in which she addresses the drag of cognitive dissonance. (Forgive the wonky formatting, it is as it was entered in Twitter.)

I see on this day at the start of the war that many of us cling to familiar categories. Reassuring, but misleading. We need to shift our interpretive schemas, because the situation requires it. A few quick remarks. 1/11

We need to realize that the ambition of the project is global, beyond Ukraine.

2. “Isn’t he okay?…”
What the massive attack on Ukraine teaches us is that the most radical scenario, the most improbable, the one we refuse to see… 3/11

… is the one that is likely to be implemented.
Our political cultures have an aversion to radicalism. We don’t believe the worst is possible. On another continent, perhaps, but not here.
Russia still won’t attack US? 4/11

The current Russian power does not reason in terms of costs and benefits. He reasons in terms of a major mission. Even an ultimate mission. Mission requires sacrifice. Even a self-sacrifice. Attacking a NATO country would be suicidal for Putin? 5/11

Let’s not rule it out though. The suicide mission is part of the mental universe of this former KGB officer. Once again: so far, our most doomsday scenarios have come true. 6/11

Why? Because we imply: “Once the USSR is rebuilt, it will stop. We will be quiet behind our iron curtain. He wants Ukraine? calm.”
You have to listen to Putin. It’s pretty self-explanatory. 8/11

In his speeches he talks about Ukraine, yes. But he talks a lot, a lot, a lot about us. The West. United States. And the European Union, this little subservient to the USA, this little one that doesn’t count and which is a NATO base. The USA is the main adversary. 9/11

But we are the target.
You’re going to say to me: “wait, he’s still not okay?…”
I refer you to point 2.
It is not catastrophic today to consider the worst. It’s realistic. And I say it all the better because I was one of those who temporized. 10/11

There’s a scary little taste of “don’t look up” in the interviews I was able to do today. That explains this thread.
I will return to my job and continue to do what I have done until now: explain, detail, show other angles. 11/11, end

The bit about “don’t look up” will be familiar to those of us who watched the Netflix movie, “Don’t Look Up,” in which experts try to warn the public of an extinction level event but multiple layers of opportunistic predatory delay and denialist disbelief thwart a rational response to save humanity.

One might think this a little throwaway line, “a scary little taste of ‘don’t look up’,” but it should give us pause if Lebedev’s repeated attempts fail to get through to us the ruthlessness of Putin’s decision-making. What are the risks posed by lingering delay, denial, and disbelief?

In short, we should expect Putin to remain singularly focused on his mission.

We should be equally focused on stopping him, and look the up at the bigger picture.

Americans should also snap the fuck out of their somnolent navel gazing and confront Colin Lebedev’s question, “Russia still won’t attack US?”

The truth is that Russia already has attacked the U.S. as well as NATO, repeatedly.

The truth is that we’re still wallowing in cognitive dissonance, unable and/or unwilling to accept what has been limned before us:

2009 — Russian cyberattack on Kyrgyzstan in an attempt to force the country to evict an American military base;

2009-2010 — a program of spies embedded in our population in the event of societal breakdown, which we’ve blown off and normalized as premium cable TV series content, The Americans and “red sparrow” Anna Chapman; Russian hackers attacked Twitter and Facebook in Georgia to celebrate the anniversary of Russia’s annexation of Georgian territory;

2014 — Russian hackers attacked the State Department and White House as well as NATO.

2016 — Russian hackers attacked the Democratic National Committee as part of a program of active measures to subvert the presidential election in favor of Donald Trump. Active measures also included divisive tactics on social media at least as early as 2014 intended to increase societal friction based on race and gender.

There are are far more efforts to harass, attack, and manipulate the US and NATO not listed here, including the entirety of Donald Trump’s term in office, and the Brexit referendum resulting in the steady destruction of the UK’s economy along with a breach in EU nations.

Other persons and events which don’t appear to have a direct role but likely fit in some way, like the presence of Leonard Teyf and his wife in North Carolina, should be included in the list, along with the hacking of the RNC’s email which has never been fully accounted for.

In these efforts there’s a pattern here of increasing intensity, scale, and severity.

If Putin managed to ensure his useful idiot occupied the White House for four years, he surely feels more is within his capability. We would be absolutely blind and foolish to ignore the likelihood Putin will attempt far more against the US, NATO, and other democratic allies.

Since I began writing this post, Politico published an interview with former Trump administration Senior Director for Europe and Russia of the National Security Council Fiona Hill. It’s a must-read piece. An expert on Putin, her perspective mirrors Colin Lebedev:

Reynolds: The more we talk, the more we’re using World War II analogies. There are people who are saying we’re on the brink of a World War III.

Hill: We’re already in it. We have been for some time. We keep thinking of World War I, World War II as these huge great big set pieces, but World War II was a consequence of World War I. And we had an interwar period between them. And in a way, we had that again after the Cold War. Many of the things that we’re talking about here have their roots in the carving up of the Austro-Hungarian Empire and the Russian Empire at the end of World War I. At the end of World War II, we had another reconfiguration and some of the issues that we have been dealing with recently go back to that immediate post-war period. We’ve had war in Syria, which is in part the consequence of the collapse of the Ottoman Empire, same with Iraq and Kuwait.

All of the conflicts that we’re seeing have roots in those earlier conflicts. We are already in a hot war over Ukraine, which started in 2014. People shouldn’t delude themselves into thinking that we’re just on the brink of something. We’ve been well and truly in it for quite a long period of time.

We have been sleep walking for too long, and now innocents are paying for it with life and limb, facing the monster who blew up apartment buildings killing hundreds of his own countrymen to ensure he was elected to office, who has used both radioactive material and nerve agent to poison foes.

It’s beyond time to wake up.

Questions for Bill Barr about His Cover-Ups Pertaining to Ukraine and Russia,... EDNY Notes that Tom Barrack Won’t Explain the Tactical Advantage of Waiting...