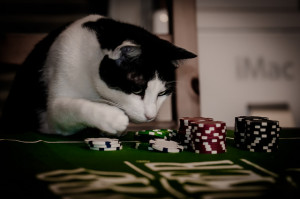 Somebody out there knows what this tune means in my household. For our purposes this Monday morning, it’s a reminder to take a look around — all the way around. Something might be gaining on you.

IRS’ data breach bigger than first reported
This may also depend on when first reporting occurred. The number of taxpayers affected is now ~700,000 according to the IRS this past Friday, which is considerably larger than the ~464,000 estimated in January this year. But the number of taxpayers affected has grown steadily since May 15th last year and earlier.

Did we miss the ‘push for exotic new weapons’?
Nope. Those of us paying attention haven’t missed the Defense Department’s long-running efforts developing new tools and weapons based on robotics and artificial intelligence. If anything, folks paying attention notice how little the investment in DARPA has yielded in payoff, noting non-defense development moving faster, further, cheaper — a la SuitX’s $40K exoskeleton, versus decades-plus investment by DARPA in exoskeleton vaporware. But apparently last Tuesday’s op-ed by David Ignatius in WaPo on the development of “new exotic weapons” that may be deployed against China and Russia spawned fresh discussion to draw our attention to this work. THAT is the new development — not the weapons, but the chatter, beginning with the Pentagon and eager beaver reporter-repeaters. This bit here, emphasis mine:

Pentagon officials have started talking openly about using the latest tools of artificial intelligence and machine learning to create robot weapons, “human-machine teams” and enhanced, super-powered soldiers. It may sound like science fiction, but Pentagon officials say they have concluded that such high-tech systems are the best way to combat rapid improvements by the Russian and Chinese militaries.

Breathless, much? Come the feck on. We’ve been waiting decades for these tools and weapons after throwing billions of dollars down this dark rathole called DARPA, and we’ve yet to see anything commercially viable in the way of an exoskeleton in the field. And don’t point to SKYNET and ask us to marvel at machine learning, because the targeting failure rate is so high, it’s proven humans behind it aren’t learning more and faster than the machines are.

Speaking of faster development outside DARPA: Disney deploying anti-drones?
The Star Wars franchise represents huge bank — multiple billions — to its owner Disney. Control of intellectual property during production is paramount, to ensure fan interest remains high until the next film is released. It’s rumored Disney has taken measures to reduce IP poaching by fan drones, possibly including anti-drones managed by a security firm protecting the current production location in Croatia. I give this rumor more weight than the Pentagon’s buzz about exoskeletons on the battlefield.

That’s a wrap — keep your eyes peeled. To quote Ferris Bueller, “Life moves pretty fast. If you don’t stop and look around once in a while, you could miss it.” 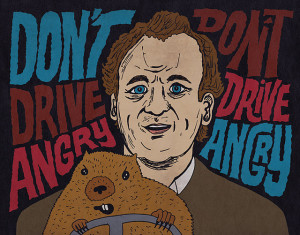 Oh boy, I’ve got a lot to say about this:

After nine years of conflict, the U.S. military is still having trouble finding common ground with warzone locals. One way to fill that breach, Darpa figures, is through “interactive stories.”

Counterinsurgency, in many ways, is a series of negotiations — over economic development, over security, over political power. And “negotiation,” Darpa explains in a new request for information, “is best served by a culturally-specific narrative that explains why we hold a position, how it relates to other parties, and how it affects all parties both positively and negatively.”

To come up with its storytelling tools, Darpa’s Information Processing Technologies Office is hoping to go beyond its usual cadre of neuroscientists, artificial intelligence specialists, and gadgeteers.  The agency also wants contributions from “art, literature, film, dance, games development, advertising and public relations, advertising, grass roots organizing, collective decision making or any other discipline for which the respondent can make an argument that the approach bears on this task.”

Click through for the bit about Wizard of Oz.

First, a story. As I was finishing my PhD–having done research on what amounted to interactive narratives–I was hanging around MI’s School of Information some. I saw a presentation from some IBM dude who worked at their Yorktown Heights research center. He was describing how IBM’s consulting wing had started working with their clients to use narrative to better manage corporate culture. It quickly became clear to me that they hadn’t ever considered one of the basic problems of the literary sphere–irony (or, more generally, language that was not transparent, that meant something different than its plain language meaning). This IBM dude was describing, for example, how significant they thought it was that one story-collection they had done had mentioned one of their clients’ VPs a large number of times. I asked, “were they being sincere? because some of those comments sound like they were being ironic?” Because IBM was assuming language was transparent (as it often is when you’re talking to computers), they had misread that what they thought was instilling strong corporate culture but was instead a corporate-funded way to trash their own VP.

I went to ask IBM dude about this after he finished. As it turned out, he had worked with my father when he worked at Yorktown Heights; my dad was a big hero to this IBM dude (I believe he meant his compliments sincerely). And IBM dude was thrilled when I told him I was a Watson scholar; IBM had paid a big chunk of my college tuition and employed me every summer in college (I also learned to swim at the IBM pool, that’s how thoroughly I was immersed in IBM culture). So for shits and giggles, I asked whether IBM would be able to hire someone like me–someone with expertise in the subtleties of human narrative. And he sort of soured and said, “oh, no, we’re really only able to hire social scientists.”

Lucky for me, I had gotten my fill of working at IBM every summer in college.

I took two things away from this exchange.

First, the exchange reinforced my strongly held belief that our society devalues the humanities to its significant cost. END_OF_DOCUMENT_TOKEN_TO_BE_REPLACED