I could listen to this piece on a loop. It’s Santiago de Murcia’s “Tarantela,” performed by noted lutist Rolf Lislevand. The instrument he is playing is as important as the music and his artistry; it’s an extremely rare Stradivarius guitar called the Sabionari. While tarantellas more commonly feature additional instruments and percussion like tambourines, this instrument is stunning by itself.

You can learn more about the Sabionari at Open Culture, a site I highly recommend for all manner of educational and exploratory content.

And now to dance the tarantella we call Monday.

Just for the heck of it, consider a lunch read/watch on a recent theory: World War 0. Sounds plausible to me, but this theory seems pretty fluid.

* UPDATE — 1:20 P.M. EDT —
Standard Bank reported it had lost 300 million rand, or USD $19.1 million to the attack on Japanese ATMs. First reports in South African media and Reuters were roughly 11 hours ago or 9:00 a.m. Johannesburg local time. It’s odd the name of the affected bank did not get wider coverage in western media, but then South Africa has a problem with disclosing bank breaches. There were five breaches alleged last year, but little public information about them; they do not appear on Hackmageddon’s list of breaches. This offers a false sense of security to South African banking customers and to banks’ investors alike.

Japan Times report attribute the thefts to a Malaysian crime gang. Neither Japan Times nor Manichi mention Standard Bank’s name as the affected South African bank. Both report the thefts actually took place more than a week ago on May 15th — another odd feature about reporting on this rash of well-organized thefts. 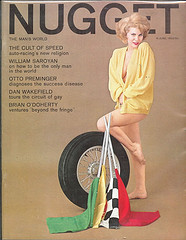 3) NPR is a competitor to Forbes; they may not operate in exactly the same market niche, but they both do reporting on business and politics. In this particular piece by Howe, Forbes questions the diversity of a single competitor, yet we can only assume that Howe and Forbes both believe their readers fully understand this relationship. END_OF_DOCUMENT_TOKEN_TO_BE_REPLACED

Support our work and help shape the future of Firedoglake with an annual membership contribution.

When Jane first invited you to become a founding member of Firedoglake, she made an analogy to NPR.

Last year, Craig Newmark of Craigslist said he thinks that by the year 2020, NPR will be a “dominant force” in media because of their membership model.

“I have a feeling that membership models and philanthropy models will be stronger than advertising-supported organizations, because people are willing to pay for trustworthy news,” he said.

That’s not quite right. Sure, like NPR, we aim to build financial stability over time and with it continue to do solid reporting. Like NPR, we hope to create a real community with our readers. And SWAG … We’ve got SWAG!

When faced with the choice of defending the truth or capitulating to fear, NPR capitulated.

Now, I’m grateful to the FDL community–from Jane to our readers–for supporting me in the past when I have spoken the truth a bit impolitely.

I’m even more grateful, though, for the courage that you give–and demand–of us. We talk with you directly in threads. We listen. We take your concerns seriously. And we know that if we ever hinted of capitulation in the face of fear, we’d hear about it!

That’s part of what membership in FDL is all about: holding us accountable, steeling our spines, giving us energy to take on the tough battles.

By asking you to become a member of FDL, we’re hoping to build the financial stability to keep doing what we’re doing. But we’re also looking to formalize the relationship in which you, our readers, ensure the integrity of what we do.

Become a founding member of FDL–and earn the right to kick our a$$ if we ever grow complacent.

I’m happy to see Juan Williams and his crappy analysis gone from NPR. But the whole ruckus over Juan Williams’ firing from NPR over his admission that he does a double take when he sees people dressed in obviously Muslim garb is missing a key point.

Williams says he gets anxious when he sees people in Muslim garb.

WILLIAMS: Wednesday afternoon, I got a message on my cell phone from Ellen Weiss who is the head of news at NPR asking me to call. When I called back, she said, “What did you say, what did you mean to say?” And I said, “I said what I meant to say” which is that it’s an honest experience that went on in an airport and I see people who are in Muslim garb who identify themselves as first and foremost as Muslims, I do a double take. I have a moment of anxiety or fear given what happened on 9/11. That’s just a reality. And she went on to say, “Well that crosses the line.” And I said, “What line is that?”

And she went on to somehow suggest that I had made a bigoted statement. And I said “that’s not a bigoted statement. In fact, in the course of this conversation with O’Reilly, I said that we have as Americans an obligation to protect constitutional rights of everyone in the country and to make sure we don’t have any outbreak of bigotry but that there’s a reality. You cannot ignore what happened on 9/11 and you cannot ignore the connection to Islamic radicalism and you can’t ignore the fact that what has been recently said in court with regard to this is the first drop of blood in a Muslim war on America. [my emphasis]

Of course, the “reality” that Williams is missing is that when Islamic terrorists get onto planes to try to blow them up, they don’t dress in Muslim garb. On the contrary, we know that Islamic terrorists make sure they appear as “normal” as possible by shaving and dressing as mainstream Americans would. Moreover, Islamic terrorists are increasingly recruiting people who look like westerners.

The last people you should be afraid of on a plane are those self-identifying by their dress as Muslims.

Maybe this is a side-effect of hanging out at with the stupid people and bigots at Fox News for so many years, this really irrational sense of what we should fear. But no matter whether you consider Williams’ statement itself bigoted or not, it is undeniably stupid. Really stupid. And on that basis alone, NPR is justified in firing Williams.

Update: George Stephanopoulos asks Williams whether he should have admitted he was being irrational.