Very big SCOTUS day today. Huge — and that’s in spite of the court declining to hear cases on multiple issues.

In BOSTOCK v. CLAYTON COUNTY, GEORGIA and two other cases, the Supreme Court ruled in 6-3 decision that firing an employee for being gay or transgender violates the Title VII of the Civil Rights Act of 1964.

It shall be an unlawful employment practice for an employer –

(1) to fail or refuse to hire or to discharge any individual, or otherwise to discriminate against any individual with respect to his compensation, terms, conditions, or privileges of employment, because of such individual’s race, color, religion, sex, or national origin;

Overview of the three cases from Human Rights Watch:

In R.G. & G.R. HARRIS FUNERAL HOMES v. EEOC and AIMEE STEPHENS, Aimee Stephens worked as a funeral director at R.G. & G.R. Harris Funeral Homes. When she informed the funeral home’s owner that she is transgender and planned to come to work as the woman she is, the business owner fired her, saying it would be “unacceptable” for her to appear and behave as a woman. The Sixth Circuit Court of Appeals ruled in March 2018 that when the funeral home fired her for being transgender and departing from sex stereotypes, it violated Title VII, the federal law prohibiting sex discrimination in employment.

In BOSTOCK v. CLAYTON COUNTY, Gerald Lynn Bostock was fired from his job as a county child welfare services coordinator when his employer learned he is gay. In May 2018, the Eleventh Circuit Court of Appeals refused to reconsider a 1979 decision wrongly excluding sexual orientation discrimination from coverage under Title VII’s ban on sex discrimination and denied his appeal.

The dissent weighed in at more than 140 pages out of the entire 177 page syllabus and decision handed down by SCOTUS today.

The first sentence of the dissent:

There is only one word for what the Court has done today: legislation. The document that the Court releases is in the form of a judicial opinion interpreting a statute, but that is deceptive.

Right-wing ideologues are in a furor over Justice Gorsuch’s delivery of the opinion. They must have had absolute faith in Gorsuch to be so incredibly outraged that his interpretation didn’t sustain bigotry. He wrote,

An employer who fired an individual for being homosexual or transgender fires that person for traits or actions it would not have questioned in members of a different sex. Sex plays a necessary and undisguisable role in the decision, exactly what Title VII forbids. Those who adopted the Civil Rights Act might not have anticipated their work would lead to this particular result. But the limits of the drafters’ imagination supply no reason to ignore the law’s demands. Only the written word is the law, and all persons are entitled to its benefit.

Today’s decision doesn’t end all discrimination against LGBTQ+ persons, only employers defined by Title VII. There is still a need for more legislation to ensure all persons in this country may rely on the same rights in housing, credit, property ownership and more. The House passed the Equality Act in May 2019 to address these shortcomings; the bill is now languishing on Senate Majority Leader Mitch McConnell’s desk in spite of support for the bill from 70 percent of Americans.

Our work is not done. We still need Congress to protect LGBTQ people from discrimination in public accommodations, federal programs, and more.

Steve Silberman noted a trait shared by two of the three dissenting jurists:

Let history record that two of the SCOTUS justices who championed discrimination against LGBTQ people this morning are alleged sexual harrassers of women. You’d almost think there’s some connection between oppression of women and oppression of gays. https://t.co/vUxiP4T79m

One of the most passionately angry voices today:

Justice Scalia would be disappointed that his successor has bungled textualism so badly today, for the sake of appealing to college campuses and editorial boards.

This was not judging, this was legislating—a brute force attack on our constitutional system. (1/x)

There will be greater pressure on lawmakers to address qualified immunity in legislation.

Powerful, excellent piece by 4th Circuit Court of Appeals Judge Jim Wynn on why qualified immunity must be fixed. He’s sending up a flare. SCOTUS should listen. (The #JusticeInPolicingAct also includes a provision that would change qualified immunity). https://t.co/1LfB9qrcqW

Today, #SCOTUS announced that it will NOT review the unjust doctrine of qualified immunity. It’s critical that Congress pass my bill with @justinamash to #EndQualifiedImmunity. https://t.co/ZUlUZQxBVf

The SCOTUS declined to hear multiple Second Amendment cases after it avoided addressing New York City’s regulation of guns back in April because the city repeal of the restriction render the case moot.

We are still waiting for a decision on Deferred Action of Childhood Arrivals policy (DACA), which could cost the U.S. as many as 27,000 health care workers at the worst time possible if SCOTUS finds DACA unconstitutional.

[NB: Check the byline. UPDATE at the bottom. /~Rayne]

A year ago today, fourteen students and three staff members at Marjory Stoneman Douglas High School in Parkland, Florida were killed by a lone 19-year-old gunman armed with an AR-15 rifle. More were injured.

Since then nearly 1,200 more children have died due to gun violence.

It’s an American problem, to have so much freedom and an inability to responsibly self-regulate it even though our Constitution clearly calls for a “well regulated Militia.”

The vulnerability of our society to corporate influence and control in pursuit of money has now created an opportunity for asymmetric warfare. Information assaults were launched last year by foreign-controlled bot swarms to propel pro-gun messages and suffocate gun control messages.

And the GOP-led 115th Congress did nothing in response because they were bought by NRA money, infused by Russia.

Oh, pardon me — members of Congress who received much of the $50 million in NRA campaign contributions in 2016 offered thoughts and prayers for the survivors and victims’ loved ones last year as the blood of innocents coagulated and dried on the floor of Marjory Stoneman Douglas High School.

Stuff your thoughts and prayers sideways, you useful idiots with your mouths flapping platitudes, you fifth columnists with your grasping hands out, greedy for more blood money for your next campaign. They are as helpful today as they were a year ago.

Don’t think for a moment we can’t see how you’ve obstructed the ability of Americans to defend themselves with adequate and timely gun control this past year. It’s past time to fix your disloyalty to this country and its children and pass effective gun control legislation beginning with the House bills H.R. 8, the Bipartisan Background Checks Act of 2019 and H.R. 1112, the Enhanced Background Checks Act of 2019.

This is an open thread. Keep all gun talk in this thread; if it drifts into other threads I will bin it. If such a threat bothers you, have some thoughts and prayers.

This is a list of the members of Congress SplinterNews listed as offering up thoughts and prayers via Twitter a year ago after MSD-Parkland’s mass shooting and who also received campaign contributions for 2016 from the NRA. I was looking patterns and I don’t see one readily except for political party affiliation. The lone Democratic Party member to receive funds and offer platitudes was Tim Walz, now governor of Minnesota instead of a House rep.

Do you see a pattern in this besides a preference toward Class II and III senators — up for re-election in 2018 and 2020? Are there committee memberships relevant to these donations? 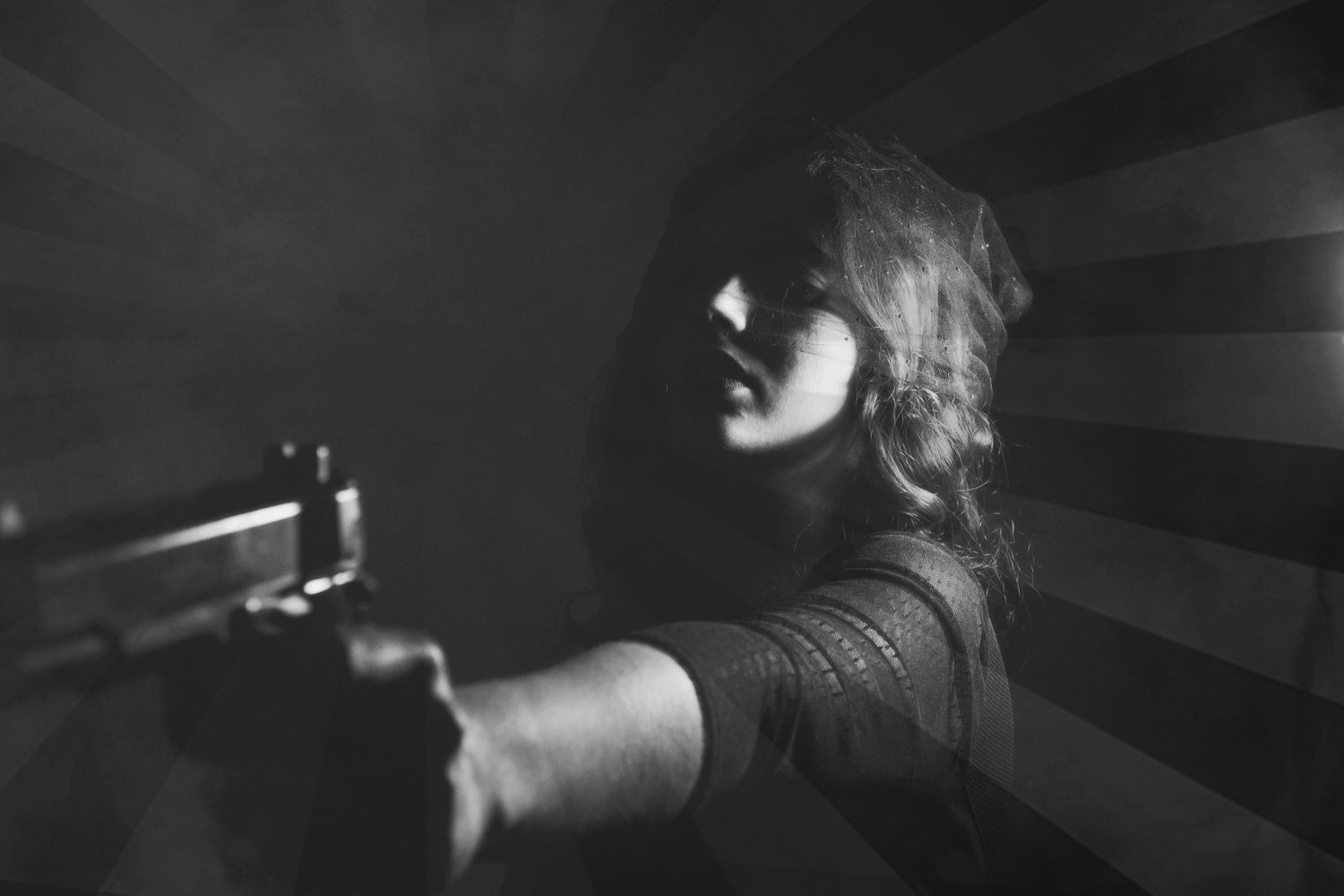