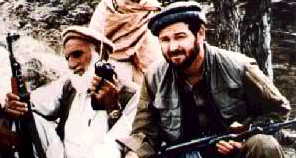 Unlike when he tried to visit Afghanistan and was denied entry because of his rabble-rousing past and continued meddling, Rohrabacher was allowed entry to Russia. Rohrabacher’s goal wasn’t only to talk to Russians, however. Since the Boston bombers were ethnic Chechens, it appears that the great Congressman decided he had to visit himself some “Chechnyans”. That’s right, in a reprise of Rohrabacher’s infamous Congressional hearing on Balochistan where he mangled the pronunciation of the region, Rohrabacher now has shown his cultural sensitivity once again by mangling another name: END_OF_DOCUMENT_TOKEN_TO_BE_REPLACED