There’s a fundamental dishonesty in the debate about Syria derived from treating the authorization to punish Bashar al-Assad for chemical weapons use in isolation from the Administration’s acknowledged covert operations to support the rebels. It results in non-discussions like this one, in which Markos Moulitsas refutes Nicholas Kristof’s call for bombing Bashar al-Assad based on the latter’s claim we are currently pursuing “peaceful acquiescence.”

And war opponents don’t have to deal with arguments like this one, from the New York Times’Nicholas Kristof:

So far, we’ve tried peaceful acquiescence, and it hasn’t worked very well. The longer the war drags on in Syria, the more Al Qaeda elements gain strength, the more Lebanon and Jordan are destabilized, and the more people die.

The administration has gone to great lengths to stress just how limited air strikes will be, and to great pain to reiterate that regime destabilization is not the goal. So I’m not sure where Kristoff gets the idea that such attacks will have any effect on the growing influence of Islamists in the region. But let’s say that by some miracle, the air strikes do weaken the Assad government, it is the “Al Qaeda elements” that stand most to gain, as they are be best placed to pick up the pieces.

Markos is right: the Administration has gone to great lengths to claim this authorization to use force is only about limited bomb strikes, will involve no boots on the ground, and isn’t about regime change. Here’s how the President described it:

I have decided that the United States should take military action against Syrian regime targets. This would not be an open-ended intervention. We would not put boots on the ground. Instead, our action would be designed to be limited in duration and scope.

But both are ignoring that at the same time, the Administration is pursuing publicly acknowledged (!) covert operations with the intent of either overthrowing Assad and replacing him with moderate, secular Syrians (based on assurances from the “Custodian of the Two Mosques” about who is and who is not secular), or at least weakening Assad sufficiently to force concessions in a negotiated deal that includes the Russians.

Yet here’s how the President’s National Security team discussed the other strand of this — lethal support for vetted rebels — from the very beginning of Tuesday’s hearing before the Senate Foreign Relations Committee.

SEN. CORKER: What I’m unaware of is why it is so slow in actually helping them with lethal support — why has that been so slow?

SEC. KERRY: I think — I think, Senator, we need to have that discussion tomorrow in classified session. We can talk about some components of that. Suffice it to say, I want to General Dempsey to speak to this, maybe Secretary Hagel. That is increasing significantly. It has increased in its competency. I think it’s made leaps and bounds over the course of the last few months.

Secretary Hagel, do you — or General, do you want to —

SEN. HAGEL: I would only add that it was June of this year that the president made a decision to support lethal assistance to the opposition, as you all know. We have been very supportive with hundreds of millions of dollars of nonlethal assistance. The vetting process, as Secretary Kerry noted, has been significant. But — I’ll ask General Dempsey if he wants to add anything — but we, Department of Defense, have not been directly involved in this. This is, as you know, a covert action, and as Secretary Kerry noted, probably to go into much more detail would require a closed or classified hearing.

SEN. CORKER: As he’s answering that, and if you could be fairly brief, is there anything about the authorization that you’re asking that in any way takes away from our stated strategy of empowering the vetted opposition to have the capacity over time to join in with a transition government, as we have stated from the beginning?

Is there anything about this authorization that in any way supplements that?

Secondly, there’s nothing in this resolution that would limit what we’re doing now, but we’re very focused on the response to the chemical weapons. I think that subsequent to that, we would probably return to have a discussion about what we might do with the moderate opposition in a — in a more overt way. [my emphasis]

The President, as part of covert action (that is, authorized under Article II authority), decided to lethally arm vetted rebels in June. Those efforts were already increasing significantly, independent of the spanking we’re discussing for Assad. Nothing related to the spanking will limit those efforts to arm the rebels (no one comments on it here, but elsewhere they do admit that spanking Assad will degrade his defenses, so the opposite will occur). And General Dempsey, at least, is forthright that the Administration plans to return to Congress after the spanking to talk about increased, overt support for the rebels.

So there’s the spanking.

And then there’s the lethal arming of rebels which is not a part of the spanking, but will coincidentally benefit from it and has been accelerating of late.

Which returns us to the content of the AUMF. END_OF_DOCUMENT_TOKEN_TO_BE_REPLACED

The Sunday Express has a report that I consider one of the strongest pieces of evidence to date that Assad’s military was definitely behind the CW strike last week. (John Kerry is on TV citing forensic evidence, but he also said the evidence comes from someone besides the UN, which gives me pause, particularly given the way the Administration has clearly played with casualty numbers.)

According to intercepts collected at Troodos, UK’s listening post on Cyprus, the commander of the artillery unit that launched the attack balked at an order to release the CW at first, but then complied under threat of death.

Last night the senior RAF officer said: “The commander of the artillery battery told the regional commander that he would not comply and there was a heated exchange. He was told in direct language that unless the order was carried out, he would be shot. A total of 27 chemical artillery shells were then fired at the suburb in a 14-minute period.”

The conversation was monitored and recorded by British officers based at the remote mountain-top RAF Troodos Signals Intelligence listening post in Cyprus and within minutes details of the conversation had been relayed to GCHQ, Whitehall and the Pentagon.

But I’m interested in the timing of this leak.

Details of this intelligence don’t show up explicitly in the British case for war, though there are claims in it that might reflect it.

There is some intelligence to suggest regime culpability in this attack.

There is no obvious political or military trigger for regime use of CW on an apparently larger scale now, particularly given the current presence in Syria of the UN investigation team. Permission to authorise CW has probably been delegated by President Asad to senior regime commanders, such as [*], but any deliberate change in the scale and nature of use would require his authorisation.

However, the uncertainty as to whom Assad had delegated CW launch authority seems wholly incompatible with Whitehall having this intelligence. If they had this intercept, they would seemingly know fairly precisely the chain-of-command in question.

Nor does the intercept appear explicitly in the US case. Though again, there are claims that might reflect the intelligence.

We have intelligence that leads us to assess that Syrian chemical weapons personnel – including personnel assessed to be associated with the SSRC – were preparing chemical munitions prior to the attack. In the three days prior to the attack, we collected streams of human, signals and geospatial intelligence that reveal regime activities that we assess were associated with preparations for a chemical weapons attack.

Syrian chemical weapons personnel were operating in the Damascus suburb of ‘Adra from Sunday, August 18 until early in the morning on Wednesday, August 21 near an area that the regime uses to mix chemical weapons, including sarin. END_OF_DOCUMENT_TOKEN_TO_BE_REPLACED 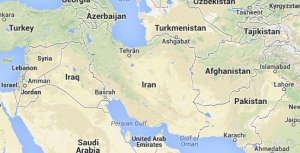 Both Moon of Alabama and Jack Goldsmith have analyses of the Authorization to Use Military Force the White House proposed to Congress yesterday.

Moon of Alabama focuses on how the use of “as he determines to be necessary and appropriate” turns the AUMF into a very broad authorization.

It is clear from this wording that such a resolution would allow nearly everything far beyond the “punitive” few cruise missile strikes against Syrian forces the administration marketed so far. It could easily be used for an outright blockade of Iran or even a “preemptive” strike against Iran’s industries in the name of “deterrence” and “protecting” Israel.

Goldsmith focuses even more closely on the several other places where this AUMF could be used.

(1) Does the proposed AUMF authorize the President to take sides in the Syrian Civil War, or to attack Syrian rebels associated with al Qaeda, or to remove Assad from power?  Yes, as long as the President determines that any of these entities has a (mere) connection to the use of WMD in the Syrian civil war, and that the use of force against one of them would prevent or deter the use or proliferation of WMD within, or to and from, Syria, or protect the U.S. or its allies (e.g. Israel) against the (mere) threat posed by those weapons.  It is very easy to imagine the President making such determinations with regard to Assad or one or more of the rebel groups.

Given my continuing obsession with the still extant Iraq War AUMF, let’s consider the geography of this proposed AUMF together with the other active AUMFs, the Iraq and Afghanistan ones.

Put all three of them together, and the government would have authorization to use military force in Syria, Lebanon, Shia-governed and increasingly violent Iraq, Iran, Afghanistan, and parts of Pakistan (plus Yemen, with its Houthi insurgency on Saudi Arabia’s southern border). The President would have authorization to use military force in an unbroken band of land from Israel’s border east to nuclear-armed Pakistan, with both the counter-Saudi Shia block and Sunni al Qaeda related terrorists included within the AUMFs. This, to fight a war that Israel and the Gulf states have allied (if you can call it that) to fight.

President Obama claims he only wants to engage in limited strikes. He has promised there would be no boots (aside from JSOC and CIA ones, presumably) on the ground.

But he has proposed something that could be potentially far broader.