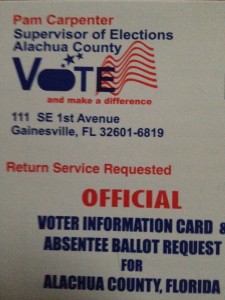 Leaders of the local NAACP and other organizations said Wednesday that new voting precincts could lead to confusion on election day and urged residents to learn their new polling place or to cast ballots early. END_OF_DOCUMENT_TOKEN_TO_BE_REPLACED