500,000 Uncounted Ballots in Maricopa County AZ With Elections In the Lurch 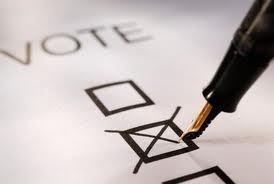 A great deal of the country breathed a sigh of relief and assumed finality and normalcy in the election after last night. And, at first, such was the case in Maricopa County, Arizona. But then it was revealed there were uncounted ballots, a LOT of uncounted ballots. Sources close to the Arizona Democratic Party and Adios Arpaio reported the uncounted votes as follows:

That is, to say the least, a LOT of uncounted votes. 500,000 is especially disconcerting considering the controversial Sheriff, Joe Arpaio “won” reelection by 489,952 votes to 401,574 for challenger Paul Penzone.

Furthermore, another critical election for US House of Representatives District AZ-9, between up and coming Democrat Kyrsten Sinema and Republican Vernon Parker is separated by only 2,715 votes, with Sinema currently in the lead.

There are a lot fewer ballots out of the nearly 500,000 at issue within the limited bounds of AZ-9 for Sinema and Parker, probably most of them in one of the two early ballot categories.

But ALL of the outstanding ballots, including the 180,000 plus provisional and “hard to machine read” ballots are in play as to the Arpaio/Penzone race, and the majority of the provisionals and “hard to machine reads” are feared to be from precincts of predominantly Hispanic and other minority population, including the incredibly large number of voters recently registered by the Adios Arpaio effort.

Either way the results come out, these are votes that should, and must, be accounted for and counted in the most open and transparent manner possible.

Now precisely what precincts the uncounted ballots are respectively out of, and where the trends from those precincts would indicate a proper counting would take the overall vote, is not yet clear. It is something the County Recorder Helen Purcell and/or Secretary of State Ken Bennett’s office might well get done – or at least you would think so. But, this is a weird county in a crazy state, so it cannot be taken for granted in any regard. 500,000 uncounted ballots in an election with an extant margin of 88,378 between Arpaio challenger Penzone, is fairly significant.

Reportedly, the counting of “early ballots” will commence forthwith, but the counting of provisionals and disputeds will not commence until next Monday. Pursuant to Arizona law, ARS 16-249, “The secretary of state shall certify the election results to the state party committee chairmen of the parties that have candidates on the presidential preference ballot on or before the second Monday following the election.”

Adios Arpaio registered a lot of new voters, especially in the immigrant areas most affected by the deleterious policies of Arpaio. Other Latino and Democratic groups registered a whole lot more new voters. These newly registered voters deserve to have the state insure their votes are counted. It may not be enough to get rid of Arpaio, but it will affect Kyrsten Sinema and other downticket local elections. And it is the least that can be done for the newly registered participants in democracy.

[UPDATE: The latest count appears to be just over 460,000 total uncounted ballots in Maricopa County]