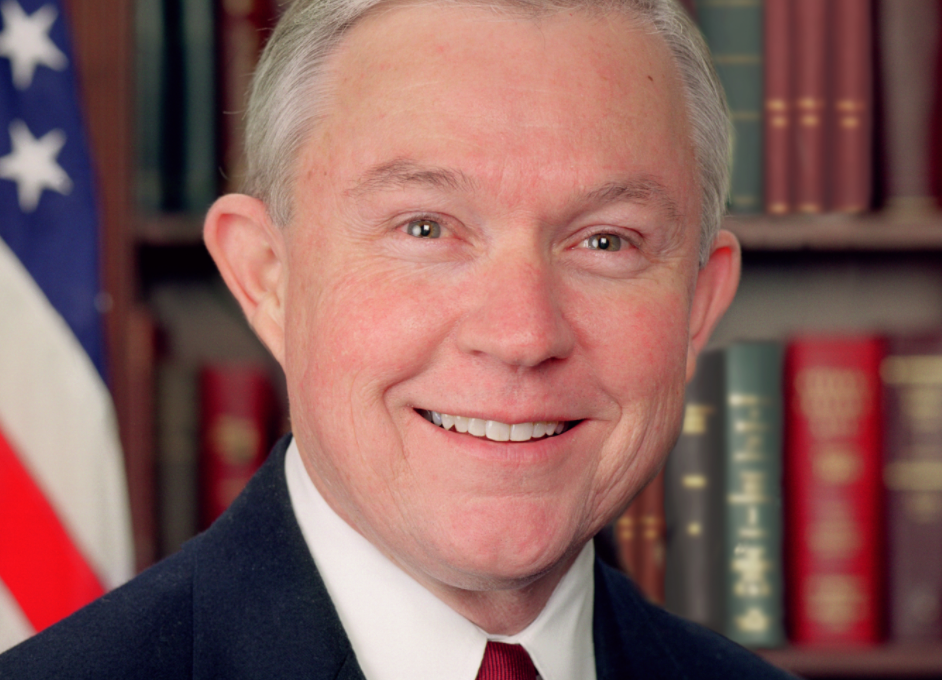 As you no doubt have heard, Jeff Sessions met twice with Russian Ambassador Sergey Kislyak last year, then told the Senate Judiciary Committee he had either not talked about the election with any Russians (a written response to Patrick Leahy’s question) or not talked with Russians as a surrogate of the campaign (an oral response to Al Franken).WSJ describes the probe as reviewing stuff in spring of last year, so before the July contact with Kislyak. Thus far, Sessions, his spox, and anonymous Trump official have offered three conflicting explanations for Sessions’ non-disclosure, including Sessions’ own, “I have no idea what this allegation is about. It is false.”

Already, Democrats are demanding Sessions’ resignation and more Democrats and some Republicans are calling for him to recuse himself for the FBI counterintelligence investigation. The Twittersphere is calling for prosecution for perjury.

Update: WSJ had originally said Sessions and Kislyak spoke by phone, then corrected to in-person. According to this, he had one of each, with a phone followup several days after the in-person. Which means there’d be a transcript.

Jeff Sessions will almost certainly not be prosecuted for perjury

Which brings me to my first data point. Jeff Sessions is not going to be prosecuted for perjury. And that’s true for more reasons than that he is the AG.

First, it’s a hard crime to prove, because you have to prove that someone knowingly lied. Right now Sessions is all over the map, but he’s also dumb enough to be able to feign stupidity.

Plus, lying to Congress just doesn’t get prosecuted anymore. Remember, Alberto Gonzales lied in his own confirmation hearing in 2005, claiming there were no disagreements about Stellar Wind. It was always clear that was a lie, but even after Jim Comey confirmed that was the case with his May 2007 SJC hospital heroes performance, AGAG stuck around for another three months. And while his lie has often been cited as the reason for his departure in August 2007, I believe that the proximate reason is that he refused to do something Bush wanted him to do, at which point the White House threw him under the bus.

Plus, there are already at least three Trump officials who lied in their confirmation hearings — Mnuchin on his role in robosigning, DeVos on her role in the Prince family foundation, and Pruitt on his use of private emails. None of them are going anywhere.

Finally, in 2013, Holder’s DOJ went way out of its way to protect former DOJ official Scott Bloch from doing time after he lied to the House Oversight Committee. That precedent will make it all the harder to hold anyone accountable for lying to Congress in the future.

The timing of this roll-out gets more and more interesting

Now consider the timing of how all this rolled out.

In another blockbuster (revealing that the Obama Administration squirreled away information on Trump’s advisors to protect informants IDs from him, but also to ensure incriminating information would be available for others), NYT reveals that, after Putin’s non-response to Obama’s December 28 sanctions raised concerns, the FBI found Mike Flynn’s contacts with Kislyak on January 2.

On Jan. 2, administration officials learned that Mr. Kislyak — after leaving the State Department meeting — called Mr. Flynn, and that the two talked multiple times in the 36 hours that followed. American intelligence agencies routinely wiretap the phones of Russian diplomats, and transcripts of the calls showed that Mr. Flynn urged the Russians not to respond, saying relations would improve once Mr. Trump was in office, according to multiple current and former officials.

On January 10, the Trump dossier began to leak. Al Franken actually used that as the premise to ask Sessions about contacts with the Russians.

On January 12, David Ignatius published the first word of the Flynn-Kislyak calls, alerting anyone dumb enough not to already know that the FBI was going through Kislyak’s ties with Trump officials.

This had the effect of teeing up Flynn as a target, without giving Sessions (and other Trump officials) that their contacts with Kislyak were being scrutinized. And only after Flynn’s departure has this Sessions stuff come out.

I imagine someone in the White House Counsel’s office is now reviewing all the metadata and transcripts tied to Kislyak to see who else had curious conversations with him.

The claim Kislyak is the top spy recruiter

CNN’s version of this story and a separate profile of Kislyak insinuates that Session’s contact with Kislyak by itself is damning, because he “is considered by US intelligence to be one of Russia’s top spies and spy-recruiters in Washington.”

Current and former US intelligence officials have described Kislyak as a top spy and recruiter of spies, a notion that Russian officials have dismissed. Kremlin spokesman Dmitri Peskov said that “nobody has heard a single statement from US intelligence agencies’ representatives regarding our ambassador,” and attacked the “depersonalized assumptions of the media that are constantly trying to blow this situation out of proportion.”

Even aside from the fact that two Democrats — Joe Manchin of his own accord, and Claire McCaskill after she claimed never to have spoken with Kislyak — have also had contact with him, this seems like a red herring. No matter what Kislyak’s intention, it is still acceptable for someone to meet with a person presenting as a diplomat (for example, no one used to care that Saudi Arabia’s Bandar bin Sultan was running ops when he was Ambassador to the US).

Moreover, if current and former US intelligence officials are so sure Kislyak is the master spook in the US, why wasn’t he at the top of the Persona Non Grata list of 35 diplomats who got ejected at the end of December (though, as I’ve noted in the past, the Russian press was talking about him being replaced).

One official said McGahn’s memo instructs White House staff to preserve material from Trump’s time in office, and for those who worked on the campaign, relevant material from the election.

But the timing of this actually raises more questions. Preservation requests first went out February 17. Reince Priebus admitted knowing about it on the Sunday shows February 19. Sometime during the week of February 20-24, Sean Spicer with Don McGahn conducted a device check with White House staffers to see whether staffers were using Signal or Confide, the latter of which automatically deletes texts, the former of which can be set to do so (after Spicer warned everyone not to leak about the device check, it leaked).

And yet, McGahn only gave preservation instructions on February 28?

Now it’s possible the White House didn’t receive one of the letters sent on February 17 (which would raise other questions), which seems to be the implication of the AP report. But if it did, then McGahn sat on that preservation request for over 10 days, even while being involved in activities reflecting an awareness that staffers were using apps that thwarted retention rules.

Some things can’t be prosecuted

Contrary to what you may believe, thus far none of these reports have confirmed a smoking gun, and the NYT pointedly makes it clear that its sources are not claiming to have a smoking gun (which may not rule out that they have one they’re not yet sharing).

But consider that smoking guns may be different depending on what they are. That’s true because somethings may be perfectly legal — such as investments from shady Russians — that nevertheless pose a serious counterintelligence risk of compromise going forward.

Its all the more true when you factor in the role of Sessions and Trump. For some of this stuff (including the September meeting with Kislyak) Sessions will be protected by Speech and Debate. It’d be very hard for DOJ to prosecute Sessions for stuff he did as a Senator, even assuming you had someone else in charge of the investigation or department.

Obama White House officials grew convinced that the intelligence was damning and that they needed to ensure that as many people as possible inside government could see it, even if people without security clearances could not. Some officials began asking specific questions at intelligence briefings, knowing the answers would be archived and could be easily unearthed by investigators — including the Senate Intelligence Committee, which in early January announced an inquiry into Russian efforts to influence the election.

If FBI judged it could not prosecute Trump or his close associates for something but nevertheless believed the evidence constituted something disqualifying, what they’d want to do is preserve the evidence, make sure SSCI could find it, and provide tips — laid out in the NYT, if need be — about where to look.

And any things that did rise to the level of criminal charges would be a lot easier to charge if someone besides Sessions were in charge.

This seems to be very methodical.