Donald Trump gave the weakest statement on Charlottesville today, even going so far as calling on Americans to “cherish our history,” in response to a Nazi mob responding to the removal of Confederate symbols.

[W]e’re closely following the terrible events unfolding in Charlottesville, Virginia.  We condemn in the strongest possible terms this egregious display of hatred, bigotry and violence, on many sides.  On many sides.  It’s been going on for a long time in our country.  Not Donald Trump, not Barack Obama.  This has been going on for a long, long time.

It has no place in America.  What is vital now is a swift restoration of law and order and the protection of innocent lives.  No citizen should ever fear for their safety and security in our society, and no child should ever be afraid to go outside and play, or be with their parents, and have a good time.

I want to salute the great work of the state and local police in Virginia — incredible people — law enforcement, incredible people — and also the National Guard.  They’ve really been working smart and working hard.  They’ve been doing a terrific job.  The federal authorities are also providing tremendous support to the governor.  He thanked me for that.  And we are here to provide whatever other assistance is needed.  We are ready, willing, and able.

In spite of the attack on counter-protestors — a tactic borrowed from ISIS terrorists in Europe — Trump didn’t label this terrorism or even call out the white supremacist violence.

Which is curious, because on at least three occasions he treated vehicular manslaughter as terrorism. He did it with Nice. 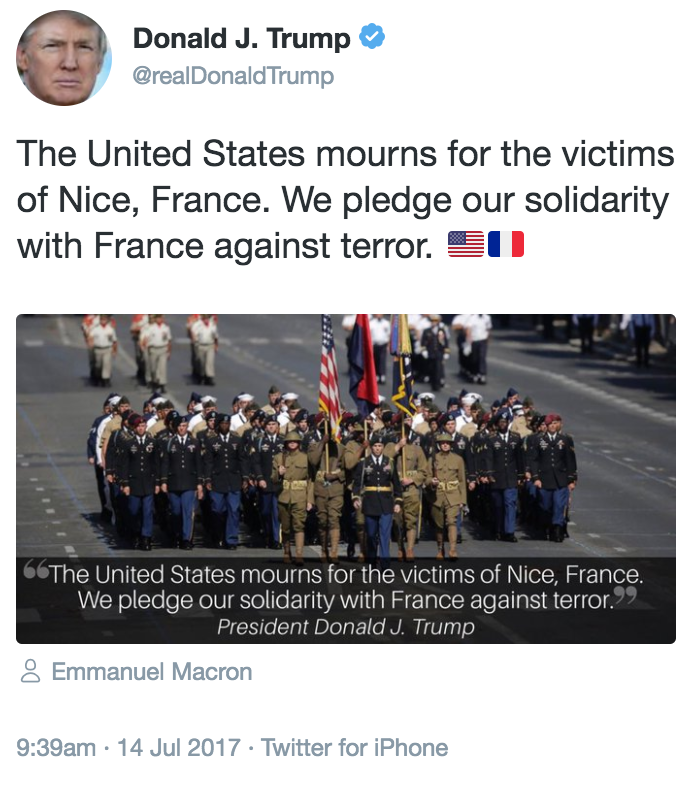 And he demanded the “civilized world” change its thinking in response, in part, to the Berlin truck attack. 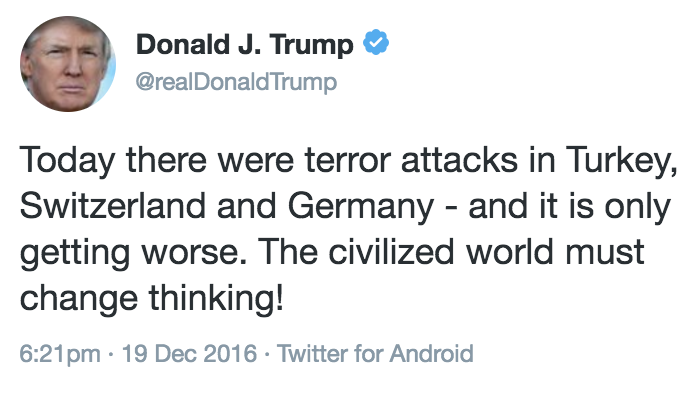 I guess Trump has lost his interest in civilization now?