It’s Plane to See: A Plane with Assange or Another One? [Updated] 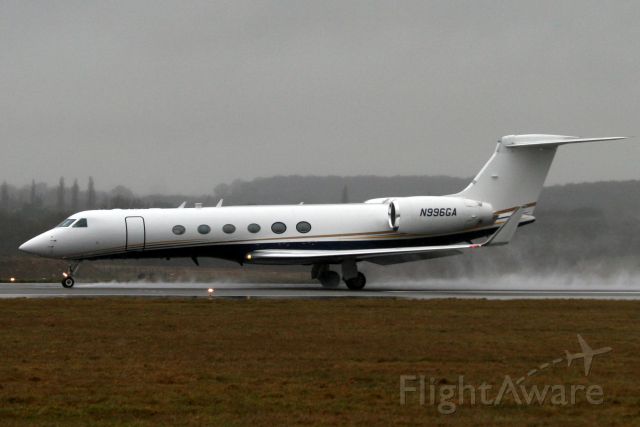 [NB: Check the byline – this isn’t bmaz (who beat me to publishing a post about Assange. LOL) Update is at the bottom of this post. /~Rayne]

A couple weeks ago Politico’s Jake Sherman tweeted about the USDOJ’s plane:

someone flew the DOJ G5 from DC to London Tuesday. https://t.co/mDXupZvBX6

The plane left from Manassas Regional Airport which observers note is where the DOJ stations their detail which handles extraditions. 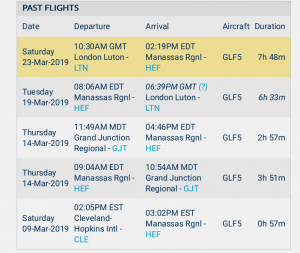 As you can see it returned days later on Saturday, March 23. It was about this time frame that WikiLeaks’ Julian Assange became jittery about possible extradition to the U.S.

Good morning. N996GA — the DOJ jet that flew to London Tuesday — is now on its way back west. https://t.co/mDXupZvBX6

It was hard to tell if Assange was right; every time WikiLeaks tweeted since the plane left UK’s London Luton Airport — where MI5 has a hangar — that extradition was imminent, nothing happened. Many folks had a chuckle watching the night-long tweet stream by journalists covering the Ecuadoran embassy in London, watching pro-Assange activists setting up camp but not seeing any resulting arrest and seizure.

Until this morning at roughly 10:00 a.m. local time London.

Julian Assange has been arrested by officers from the Metropolitan Police Service https://t.co/yhOIPbmMo2 pic.twitter.com/dUrDp228In

Assange was charged by the UK with breaching bail after he failed to report for Sweden’s extradition order; Assange plead Not Guilty. The Crown Court found him guilty; he may face 12 months in jail at a later date.

Read bmaz’s take on Assange’s extradition to the U.S. and the DOJ’s charges against him.

Now here’s where it gets interesting for me, given how upset many of us were with Attorney General Bill Barr’s appearance before Congress in which he hedged about the Special Counsel’s Report except to say it would be released next week:

Has anyone outside DOJ, or anyone in the White House, seen portions or all of Mueller’s report?

Attorney General William Barr, in part: “The report’s going to be out next week, and I’m just not going to get into the details of the process until the plane’s on the ground.” pic.twitter.com/J0Im53Eix0

Emphasis mine. Was the plane Barr mentioned a figurative one or a literal one?

AFP tweeted a graphic with a timeline of events preceding Assange’s removal from the Ecuadoran embassy:

Timeline on #WikiLeaks founder #JulianAssange, after he was arrested by British police on April 11 pic.twitter.com/qlBZQvBrH0

It’s thin on entries, missing a date when the sexual assault charges were filed in Sweden for example. But it does give a feel for the manner in which events led up to Assange’s trip to Metropolitan Police station today.

I did this post back in November on the risks of charging Assange in a conspiracy to hack indictment. https://t.co/IeYpsOc2Y1

Otherwise a Leicestershire 18-year-old would have been looking extradition for his attempted hacking of U.S. officials in October 2015, instead of eight charges of “performing a function with intent to secure unauthorised access,” and two of “unauthorised modification of computer material.”

The Assange Indictment and The Rule of Specialty You’re Fired (Undocumented Trump Worker): What Odd Timing