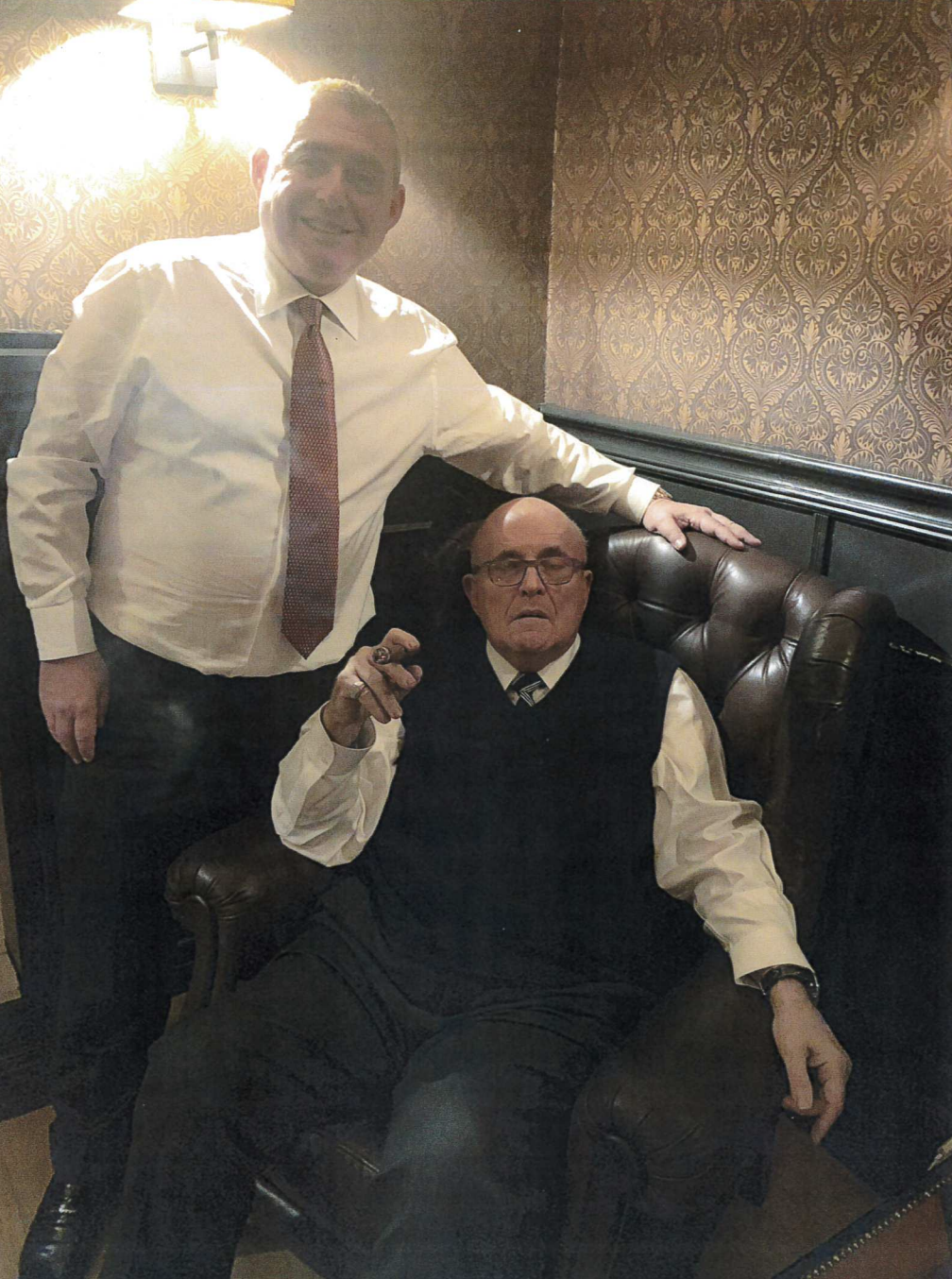 In this post, I laid out why Lev Parnas’ current publicity tour may not be as insane, from a defense standpoint, as it seems. I laid out how Barr would have significant ability to protect potential co-conspirators of Parnas — starting with Rudy and extending to Rudy’s client. I explained how Barr’s veto authority over some of this might limit Parnas’ ability to cooperate his way out of his legal problems, and at the very least increases the chance he’s stuck holding the bag for various plots that include far more powerful people. Most interesting, however, were the ways Parnas hinted at but stopped short of implicating Barr in the plot by suggesting,

To be clear: Parnas is obscuring the degree to which he insinuated himself in Trump’s circles to make all this possible. He is pretending everything he did was ordered by powerful Americans, when the evidence suggests otherwise. So it might not serve justice for him to try to cooperate with prosecutors (because he could well be the most responsible). But I’m beginning to understand how pursuing this angle might be a reasonable defensive approach.

Today, Parnas’ lawyer Joseph Bondy just sent a request to Barr requesting his recusal, copying it to his docket.

Worse still, this letter doesn’t talk about any of the things Bill Barr’s DOJ has done that obstructed full investigation of the complaint:

In short, the actions of DOJ overseen by Barr, not just his mention in the complaint and ties to Victoria Toensing and Joe DiGenova, mandate his recusal. But for some reason (perhaps because that would be more aggressive than even Bondy is willing to go), Bondy doesn’t include those actions.

Most interestingly, Bondy doesn’t include any of the allegations Parnas had made publicly about Barr’s potential more direct role. Nor does he answer the question of whether or not Parnas has texts more directly implicating Barr.

What Bondy does do, in the wake of the press blitz he has choreographed, is note that “evidence has been brought to light linking you further to your long-time colleagues Victoria Toensing and Joseph DiGenova, as well as to Mr. Giuliani, which undoubtedly creates at least the public appearance of a conflict of interest.” I mean, there is, absolutely, the appearance of a conflict of interest, but Bondy was the one who brought all that evidence to light!

Finally, though, Bondy suggests, with uncertain veracity, that SDNY has done things that suggest a purported conflict has already harmed Parnas.

In addition to harmful perceptions, this conflict of interest appears to have caused actual harm to Mr. Parnas who, given delays in the production of discovery in his federal case, was rendered unable to comply with a duly-issued congressional subpoena in time for congressional investigators to make complete use of his materials or properly assess Mr. Parnas as a potential witness. Furthermore, prosecutors have, thus far, refused to meet with Mr. Parnas and to receive his information regarding the President, Mssrs. Giuliani, Toensing, DiGenova and others–all of which would potentially benefit Mr. Parnas if he were ever to be convicted and sentenced in his criminal case.

For better and worse, getting FBI to image a bunch of phones and return them to a defendant within three months including two major holidays is not that long a wait. It took two months before Special Master Barbara Jones first started making privilege designations in the Michael Cohen case (involving one of the same prosecutors), and that was an even more politically sensitive case than this one. So while mentioning the delay is useful for Democrats (especially when the Senate tries to refuse to hear Parnas’ testimony because it didn’t get turned over in time), and valuable from a defense standpoint as it lays groundwork for appeal, it’s not a real injury on the part of prosecutors.

With regards to prosecutors’ refusal to meet with Parnas about cooperating against his possible co-conspirators, as the WSJ reported yesterday, late last year Bondy failed to convince SDNY that Parnas was not — as accused in his indictment — directed by a still-unnamed Ukrainian official to try to oust Marie Yovanovitch.

This is another way of saying that Parnas is unwilling to plead to the allegations in the existing indictment, and may also suggest that while Parnas is happy to incriminate Rudy and his American buddies, he’s not willing implicate his original boss, whoever that might be. So prosecutors likely have good reason not to meet with Parnas to hear him implicate Rudy and friends (not least, because they already have this documentary evidence that implicates them anyway, and now Parnas is providing whatever testimony they might need on the Rachel Maddow Show).

Bondy is absolutely right: Bill Barr should have recused from this — and all review of the whistleblower complaint — back in August when it was clear he was named. Even assuming Barr took no action on any of this influence peddling, this goes well beyond just the appearance of conflict to known participation in known events — such as the meeting with Rudy that DOJ admitted to only last week after covering it up for months — that merit recusal.

But Bondy is also being less than candid with his letter, playing the public docket as much as he is making a real legal request.