How Many Other Grifters and Spies Have Incredibly Damning Recordings of Donald Trump? 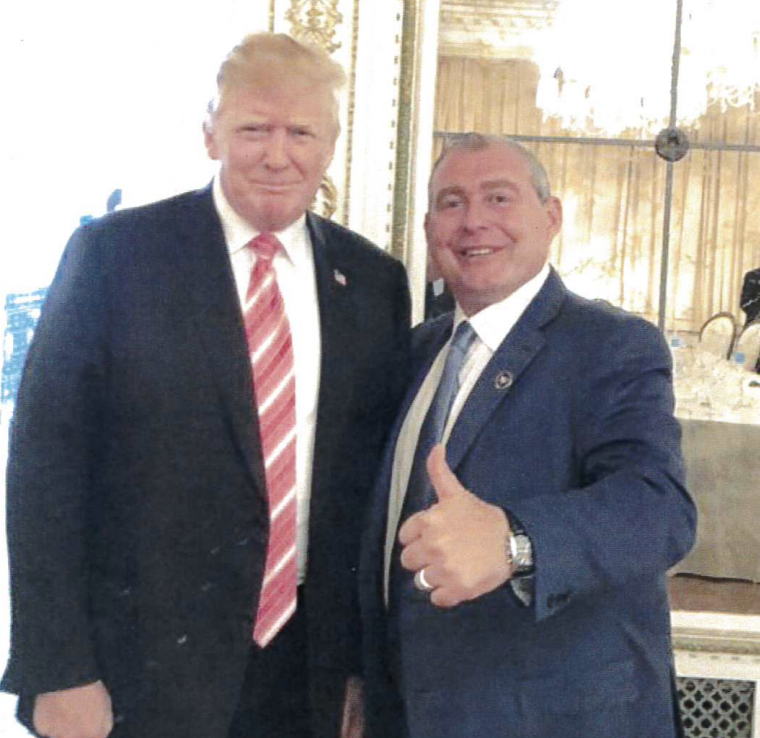 In Lev Parnas’ interview with Rachel Maddow, he confirmed a previously reported story that in April 2018, he incited President Trump to try to fire Marie Yovanovitch by (falsely) telling Trump that the Ambassador was badmouthing him.

For days, Republicans have been dismissing such claims, in part by emphasizing that Parnas (like Trump) is under indictment.

It turns out that Parnas has receipts, in the form of a recording of the incident someone shared with ABC.

A recording reviewed by ABC News appears to capture President Donald Trump telling associates he wanted the then U.S. Ambassador to Ukraine Marie Yovanovitch fired – and speaking at a small gathering that included Lev Parnas and Igor Fruman — two former business associates of Trump’s personal lawyer Rudy Giuliani who have since been indicted in New York.

The recording appears to contradict statements by President Trump and support the narrative that has been offered by Parnas during broadcast interviews in recent days. Sources familiar with the recording said the recording was made during an intimate April 30, 2018 dinner at the Trump International Hotel in Washington, D.C.

Trump has said repeatedly he does not know Parnas, a Soviet-born American who has emerged as a wild card in Trump’s impeachment trial, especially in the days since Trump was impeached.

On the recording, it appears the two Giuliani associates are telling President Trump that the U.S. ambassador has been bad-mouthing him, which leads directly to the apparent remarks by the President. The recording was made by Fruman according to sources familiar with the tape.

Parnas appears to say: “The biggest problem there, I think where we need to start is we gotta get rid of the ambassador. She’s still left over from the Clinton administration,” Parnas can be heard telling Trump. “She’s basically walking around telling everybody ‘Wait, he’s gonna get impeached, just wait,” he said.

According to the Daily Beast, Igor Fruman made the recording.

A recently-indicted associate of Rudy Giuliani taped President Donald Trump calling for the firing of Ukraine Ambassador Marie Yovanovitch, according to the lawyer for a second Giuliani associate.

Joseph Bondy, a lawyer for Florida businessman Lev Parnas, told The Daily Beast that the recording was made by former partner Igor Fruman. Both men were arrested in October and charged with campaign finance violations.

TDB also quotes Fruman’s lawyer refusing to comment about the recording. That may be because he is in a joint defense agreement with Rudy Giuliani (and by association the President). Which means this recording came from someone else, either Congress or Parnas himself (though he has only modified the protection order for stuff on his own phones).

This is utterly damning for the President’s claims — which were transparently false — that he didn’t know Parnas.

But they’re also an indication of how easily Trump can be put into compromising situations. April 2018, when this exchange occurred, was just a month after Parnas and Fruman started buying their way into elite crowds with Donald Trump. It was weeks before they gave $325,000 to Trump’s SuperPAC (which, given that they are accused of buying this access in order to get Yovanovitch fired, sure looks like payoff). And they were reportedly doing this at the behest of a still as yet unnamed Ukrainian.

Yet they had to do little more than lie about Yovanovitch to get Trump to order that she be fired. While Republicans in the Senate may not give a damn, the video will, at a minimum, make it harder for Bill Barr to protect the president.

So on top of everything this does for Trump’s legal woes, this video raises real questions about who else has such damning recordings of Trump. Mar-a-Lago has already been demonstrated to be a nest of spying. And Trump has chosen not to bring handlers with him into key meetings with foreign leaders — including, but not just, Putin.

I promise you, this is not the only utterly damning recording of the President out there.

The question is what those who have such damning recordings are doing with the leverage they give over the President.