What Do These ‘Missing’ Candidates Have in Common? 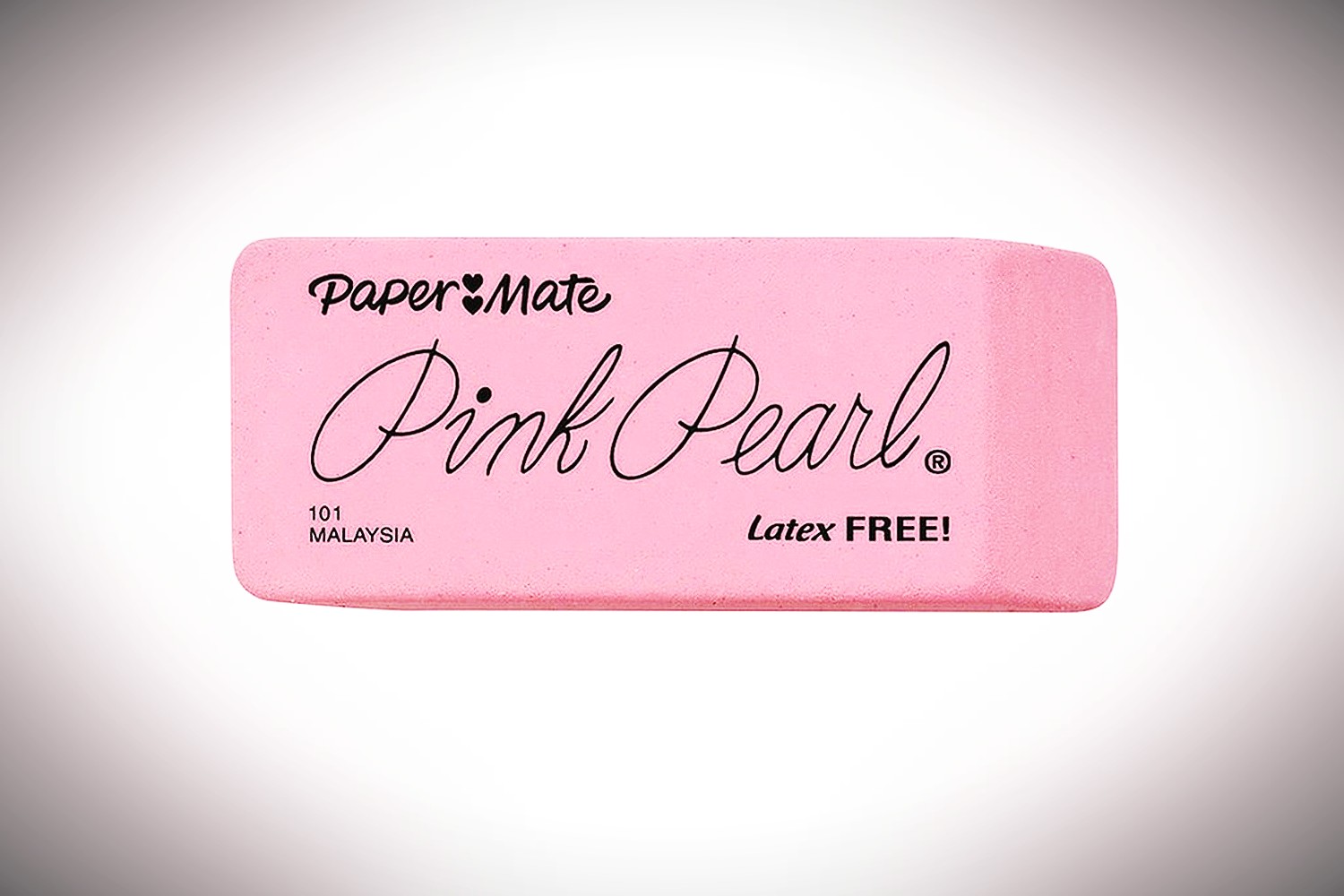 I’m putting this question to the media folks who come through here on the regular. Don’t think we don’t notice your foot- and fingerprints.

Last week I pointed out the Senate’s GOP caucus ignored — for lack of a better word — Donald Trump’s mental and physical decline.

But it’s not just the GOP members of the Senate who’ve turned their chickenshit backs on a growing national security threat posed by Trump’s slide.

It’s the media. They’ve enabled the continuing blindness among Trump supporters because they refuse to mention Trump shows signs of cognitive and physical impairment.

They leave it instead to late night comedy shows to point out how bad Trump’s condition has become.

But now the media is doing something just as bad as ignoring a mounting national security threat.

They are erasing the women candidates when they discuss the primaries and caucuses.

It’s not just the media but the ecosystem which relies on the media — like Nate Silver.

Via @ClareMalone, there are currently 8 stories on the NYT politics page about Bloomberg, and 0 about Buttigieg who (i) is actually on the ballot in the next two states and (ii) is in first place in pledged delegates so far.https://t.co/B0CzQnZQ2N

Can’t imagine what systematically ignoring the women candidates will do to their polling, can you?

Nate and Clare note Buttigieg has zero stories compared to Bloomberg, but…

Our Nevada polling average after adding a couple of polls today that showed very… different results from one another.

Warren is tied with Buttigieg in that poll and yet there’s no mention that Warren has zero coverage, too. Klobuchar is not that far behind that she doesn’t at least deserve a mention.

The media will argue they don’t choose the candidates, but they do — they do by the amount of coverage they provide the public before each poll, before each caucus and primary.

And the political ecosystem like Five Thirty-Eight’s team just follows along for the ride. “Who, us?” they’ll say after the fact.

COVER ALL THE CANDIDATES WHO ARE STILL IN THE RACE.

At least AP News noted last Thursday that Warren had raised $6 million online after the Iowa caucus. But then CNN covers her and calls her “struggling,” which isn’t exactly an appropriate description for a candidate who came in third in Iowa, behind a presidential candidate who’d campaigned there in 2016.

We know the media has noticed, scratching their heads and asses while just plain not covering the women candidates:

… On CNN Sunday, The Nation’s Joan Walsh addressed the topic as well. “I’m a reporter. I understand some of why this happened,” she said, noting that Sanders and Buttigieg led in delegates in the Iowa caucuses while expected front-runner Joe Biden’s disappointing performance was a “big story.”

“But the woman who finished third — a decent third, not her dream — was really… I was watching multiple cable stations that were jumping around and skipping her,” Walsh said. “Even on the night of the Iowa caucuses, lots of people cut from her to Biden because Biden is the bigger story in that it was a very sad performance.” …

Amy Klobuchar hasn’t gotten much better coverage. It didn’t help that Klobuchar made a gaffe this week but even that received little coverage compared to the men on the ballot who have been wall-to-wall gaffes all along. We can see it, we can even pull our own graph to prove it: 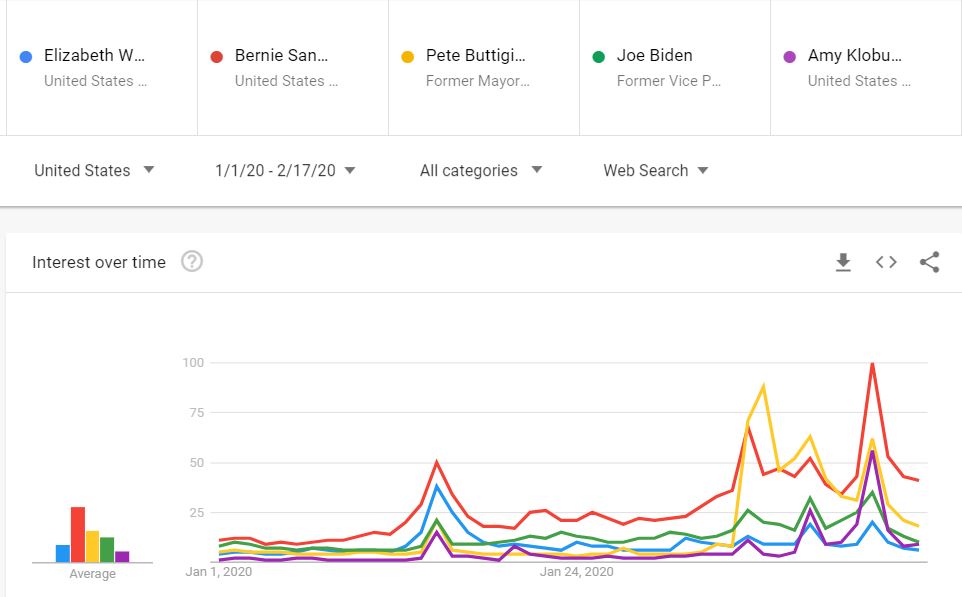 How much of the New Hampshire primary performance could be laid not on the women candidates, their policies, or campaigns? We’ll never really know because the media continues to ignore them.

Don’t even think of saying, “But she ran a bad campaign,” about either of them. The same claim was made about Clinton in 2016 — it’s a familiar refrain. Knowing what we know now about the media’s gross failings, like this NYT classic from October 31, 2016: 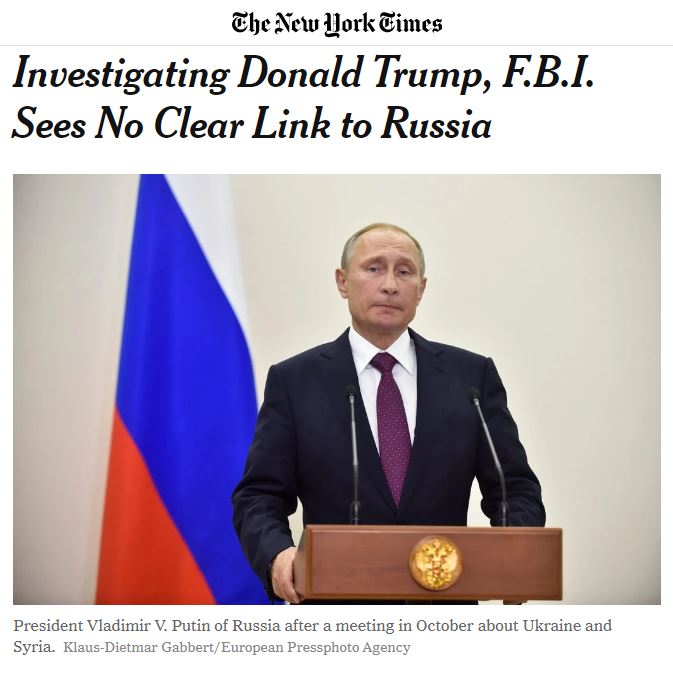 …how much of Clinton’s “bad campaign” was the media’s fault with horse race coverage, “But her emails,” and misleading, badly timed stories while foreign influence operations wreaked havoc on Americans’ sentiments?

How much of the crappy racist coverage has already led to another all-white field as it winnows out the remaining women?

If Trump gets re-elected, gods help us all, a big part of the blame will sit firmly on the media for its entrenched misogyny, racism, and its failure to adapt a coverage model for contemporary politics.

And if Trump has a meltdown while in office, at the expense of American security, much of the blame should sit on the media for ignoring the problem just as they ignore the women candidates still in Democratic primary race.