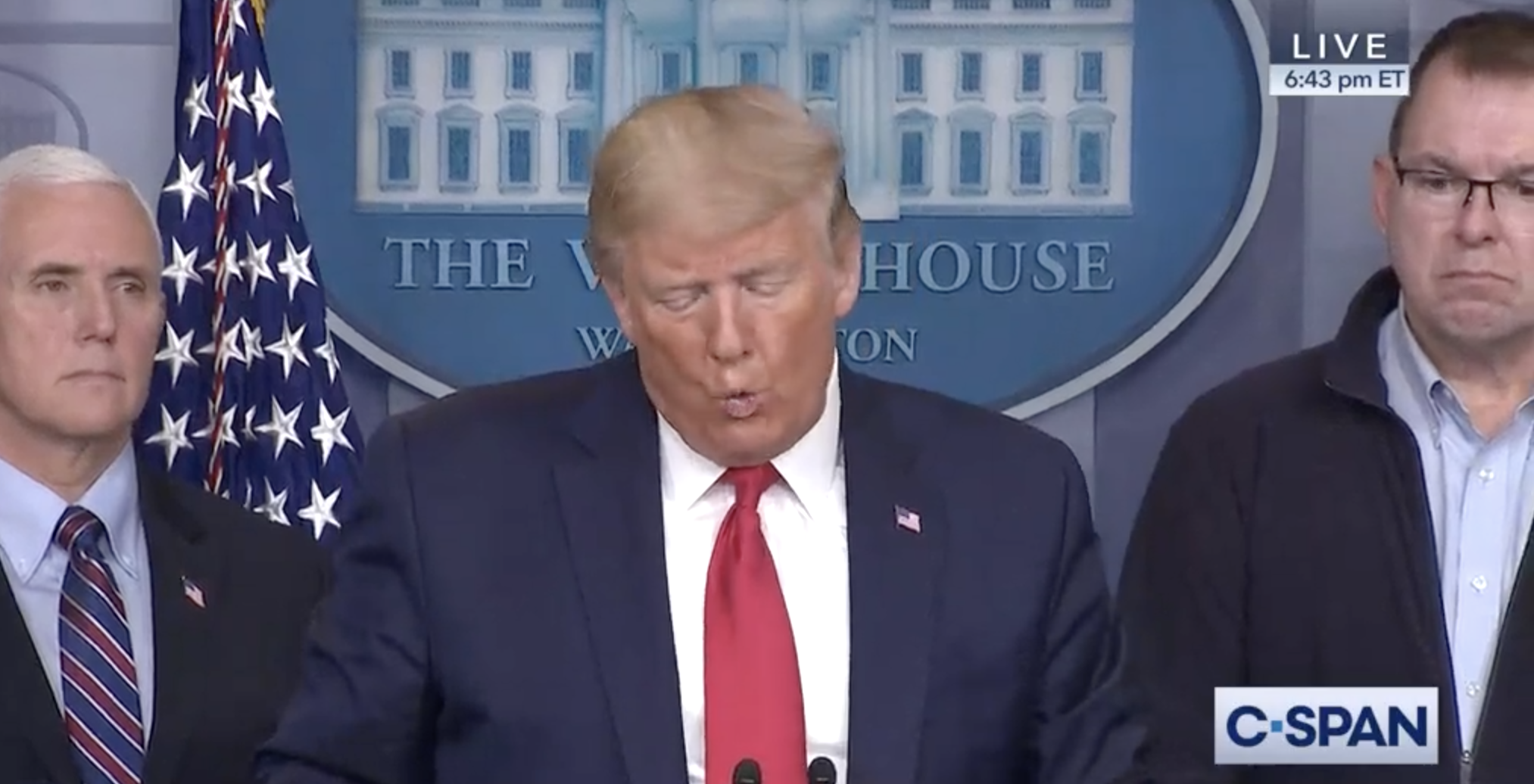 I guess, if the WaPo is going to continue to treat President Trump’s “plan” to restart the economy as a real policy effort, they’ll end up reporting all the evidence that it’s just a Potemkin show for their benefit and that of Trump’s followers. Yesterday, they described that the Great American Economic Revival Industry Groups that he had rolled out just a day earlier involved, to a significant extent, simply putting a bunch of names on a list and then having a conference call that the White House assumed they would call into.

Some of the groups involved in the calls were notified in advance of Trump’s announcement, while others heard their names for the first time during the Rose Garden event Tuesday night.

“We got a note about a conference call, like you’d get an invite to a Zoom thing, a few lines in an email, and that was it. Then our CEO heard his name in the Rose Garden? What the [expletive]?” said one prominent Washington lobbyist for a leading global corporation, who spoke on the condition of anonymity to discuss the sensitive matter. “My company is furious. How do you go from ‘Join us on a call’ to, ‘Well, you’re on our team?’”

One member of a group that participated in the calls, the AFL-CIO, was told in advance of being named to the outside advisory council. But a spokeswoman for the AFL-CIO said its leader, Richard Trumka, was not asked — rather, Trump just announced that the coalition of labor unions would be a part of the council, she said.

And the list of businesses invited looks like something Jorge Luis Borges would invent to demonstrate the addled mind of someone who doesn’t understand the American economy. It includes casinos, foreign-owned cruise lines,  Trump’s buddies who own sports teams, and top Reality TV chefs like Wolfgang Puck, Thomas Keller, and Daniel Boulud (h/t DJ for the Top Chef insight). While it includes some businesses that are part of critical supply chains, there are big gaps that we should expect to be the ones that will crash once the economy does reopen more broadly. And large populations of workers and small business owners are barely represented.

Had Trump done even the least little bit of staff work before putting a slew of executives on the phone with the President, someone in the White House would have known that they would have undermined his claims to be ready to reopen with the same point epidemiologists, journalists, and others have been making: we can’t reopen until we have way more testing.

Many of the chief executives urged the White House to focus more on mass testing, according to several participants on the calls. Public health experts have argued that widespread testing is a key prerequisite to reopening the economy because it would determine who is infected and needs to be isolated, giving Americans greater confidence that they can safely return to work and public life.

On one of the morning calls, the point most emphasized by the chief executives was the need for massive testing, which they said would be necessary to create the psychological circumstances for the nation to feel comfortable returning to offices, restaurants and recreation, according to a person familiar with the call.

It’s hard to read about the circumstances of these calls — who was on the list, how the calls were set up, and Trump’s lack of preparation — and take anything away except that this is all just a show, a way to give Trump a big announcement on May 1, maybe even a ribbon cutting ceremony, with absolutely none of the work to move us towards reopening the economy.

Which is, in turn, testament to the fact that four months into this crisis, Trump still believes it is not real.

There was a small problem with the Wall Street call. Actually several problems.

Many of the bankers said they knew nothing about the call until late Tuesday night. Several had quarterly earnings calls this morning that directly conflicted with the timing of the White House summons.

Goldman Sachs CEO David Solomon couldn’t be on the call because of earnings. Neither could JPMorgan CEO Jamie Dimon, though not because of earnings. Bank of America CEO Brian Moynihan was able to dial in right after his earnings call ended. Another senior executive from JPMorgan attempted to get on the call in Dimon’s place, two people briefed on the call told POLITICO, but couldn’t get through for 20 minutes and finally gave up.

One top executive described the call as a “shit show” that produced little of substance.

Why Is The Battelle N95 Mask Sterilization Contract So Expensive? Trump Puts his Rasputin Guy, Michael Caputo, at Department of Health and Human...