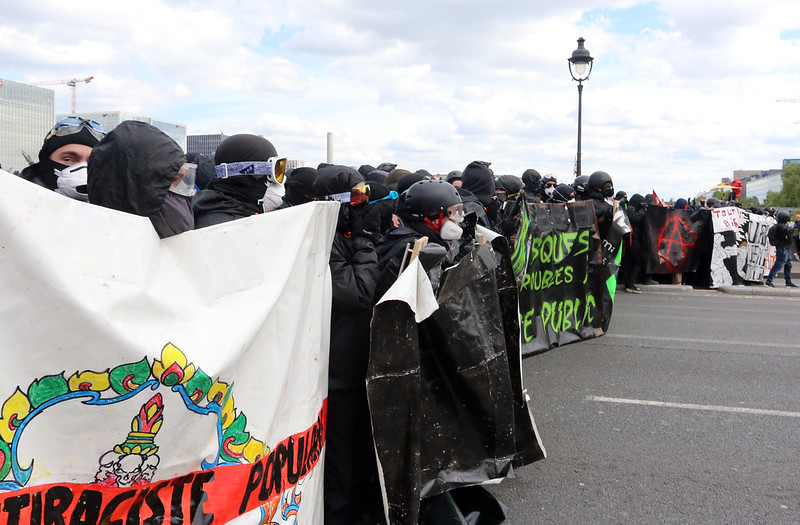 You’ve seen the scary pictures of Antifa. You’ve seen them in images from the Battle of Seattle, Occupy Wallstreet, Oakland FTP protests, outside the G20, and many more moments where a reporter nervously says to camera “Things are getting out of hand at this protest.” They’re the omnipresent Left Boogyman, ANTIFA! They break windows! They menace police! They probably do other violent and bad things!

Or maybe you’ve seen them, who knows. Protestors don’t wear uniforms or make it clear who they carpooled with.

I have known many of society’s ne’er-do-wells: a myriad of drug dealers, Venice crack den regulars, Portland gutter punks, DC tweakers, straight edge punks with more scars than skin, body modders, tattoo fiends, seattle protestors, Food Not bombs, hackers, phreakers, freegans, and yes, quite a few Antifa, as well as Black Bloc. Let’s get Black Bloc out of the way first, since that’s usually who gets mistaken for Antifa. 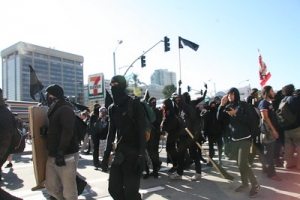 The initiation for Black Bloc is pretty complicated, follow along carefully. 1) You show up in all black with you face covered, then 2) You throwdown with the police line.

There’s not a particular affiliation required, except that you don’t want to be identified while fighting with the police, and you’re there to throwdown. Plenty of Black Bloc attend protests just because they want to fight someone and fighting the police is safe in a weird way. It’s very exciting, you’re probably going to lose, you might help someone, and the police aren’t really going to get hurt. Also you’re probably going to engage is some light property damage, especially if the police take too long to form a line for you to fight. For a few of the Black Bloc I’ve met, it’s definitely the healthiest way they have to get out an excess of aggressive energy. Possibly they shouldn’t be like that, but they tend to be in the demographic that doesn’t have health insurance so I figure it’s a reasonable substitute for mental healthcare, which this country isn’t going to give them. 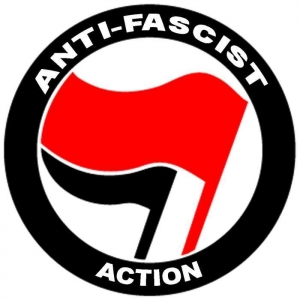 Antifa logo. Yes, I’ve even had this as a sticker on my laptop. So subversive! Much Terrorism.

Some of the people who do participate in Black Bloc are part of a wider political affiliation coming out of post-war Germany called Antifaschistische Aktion, shorted to Antifa. They arose to oppose Fascists, the real, sign-me-up-for-the-one-party-state kind, rather than the nudge-nudge-what’s-wrong-with-a-little-genocidal-nationalism kind we have now. Antifa is one of the myriad of responses to post-war politics that made it not cool to call yourself a fascist by the end of the 20th century.

It’s worthwhile to note that most Antifa don’t do Black Bloc. Black Bloc is the kind of thing most people age out of pretty quickly and their knees age out faster. But most people don’t age out of not liking Fascism, because Fascism is awful.

Antifa tends to be leftist, though it’s not very pure about it. Some of the Democratic Socialists of America people who roll with Antifa would look downright right-wing in much of Europe, because of their willingness to compromise in the American political context on things that would not be OK in most of Europe, like expensive education, universal healthcare, and access to guns.

I’ve chatted with Stalinist Tankies who are Antifa, and registered Democrats. The thing that brought them together was being vaguely left, vaguely anti-capitalist, and strongly disliking Fascism. The other thing they all had in common is their inability to organize anything larger than local groups. Most of the Antifa groups I’ve known met up in, and to some degree lived in, squats. In Europe, those were actual squats. In America, it’s usually some crap but large apartment the one with rich parents or a tech job was renting. Honestly, most of them are trying to be good people, and all of them are dealing with difficult personal lives, in my experience. Which – no hate. Having that in common is usually how I met them.

Antifa is the perfect foil for someone like Trump. They’re small, but not too small. They’re amorphus and misunderstood. They like to take up space and be loud. They are not actually dangerous at any meaningful scale. They do punch above their weight a lot of the time, but they’re not good at translating that into expanding their base. They’re not politically powerful, and no one speaks up for them. In fact they have so little power that they can’t defend themselves from organized rightwing slander. Some of them are misguided, some of them are incredibly well-read, quite a few of them end up as academics or working in NGOs. This makes sense, they don’t want to be part of the business world they see exploiting the global poor, but they do want to grow up and participate in society in meaningful ways.

It’s likely that Trump constructing them as The Enemy is the biggest boost American Antifa have had in years, and good on them. But make no mistake, Trump’s slander is meaningless drivel and Antifa are mostly fine, if bad at doing dishes. I mean, seriously, dudes. Do the damn dishes. 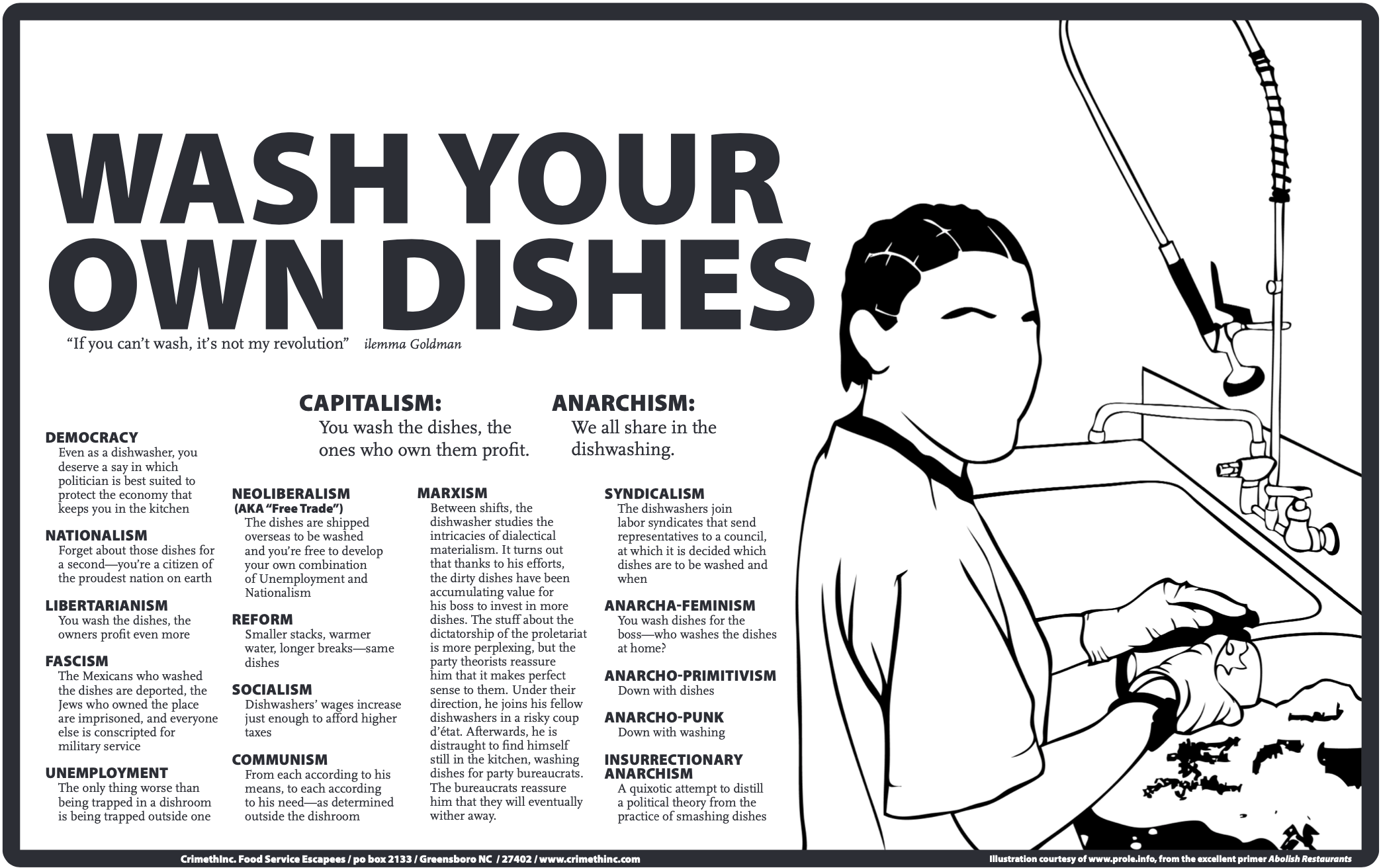 Bad roommates often, fucked up kids sometimes, overly abstract academics, and window breakers, sure. But terrorists? Nah, that ain’t it.

Three Things: Loads of Bricks, White Chicks, Made-up Schtick The Father of the DEA Dragnet Sics It on Free Speech