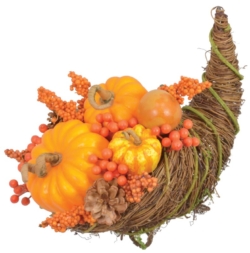 Okay, the football gods did not smile on fans today. Texans at Lions and Washington Football Team at Cowboys is about the worst schedule the NFL could put up. There was a Steelers and Ravens game for the night slot that would have been interesting, but, alas, it was rescheduled to Sunday because of the Coronavirus. Blecch.

Also food. Mrs. bmaz is cooking up some great grub, and I know there is some awesome looking stuffing, some turkey (not the turducken I requested, but it will be fine). That, and that some part of it involves some of my personal stash of bacon from Zingermans (thanks Marcy!), is about all I really know. There is Blueberry Crumb Pie from the Rock Springs Cafe (as good of pies as you will ever taste), and vanilla bean ice cream. Some nice red wine, and that will do it.

What are you folks eating and thinking about? Have at it! Music today is the classic Wasted Words by the Allmans. Enjoy, and Happy Thanksgiving folks. May you have a joyous one, and stay safe.

Through Turkey Giblets to the Stars When Secret Servers Bump Up against Prosecutorial Independence and Following...