The New Recruits on the Front Line on January 6 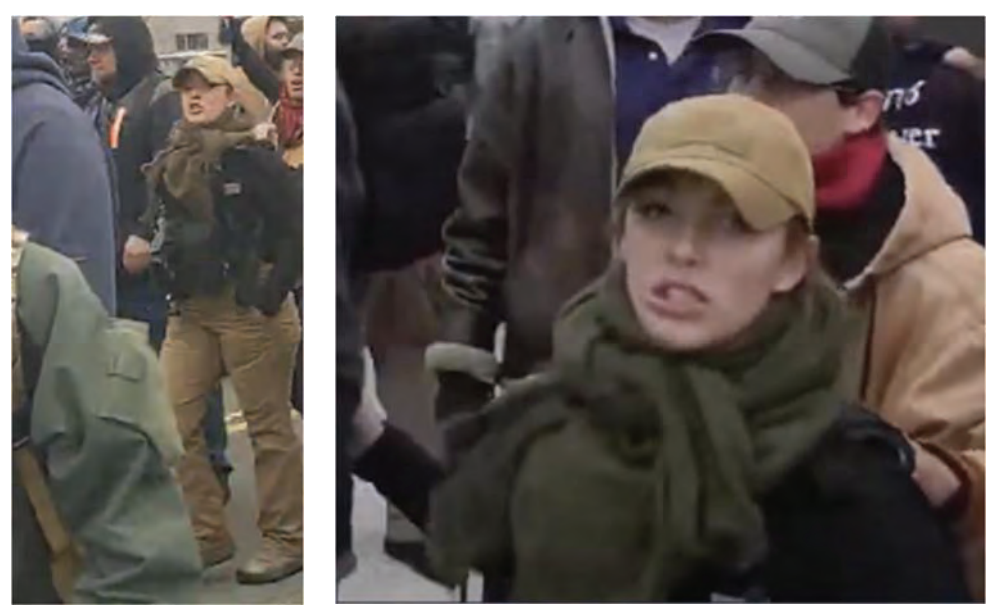 In addition to adding six more people to the Oath Keeper conspiracy indictment originally charged against Jessica Watkins, DOJ added some new overt acts. Among others, it added training. 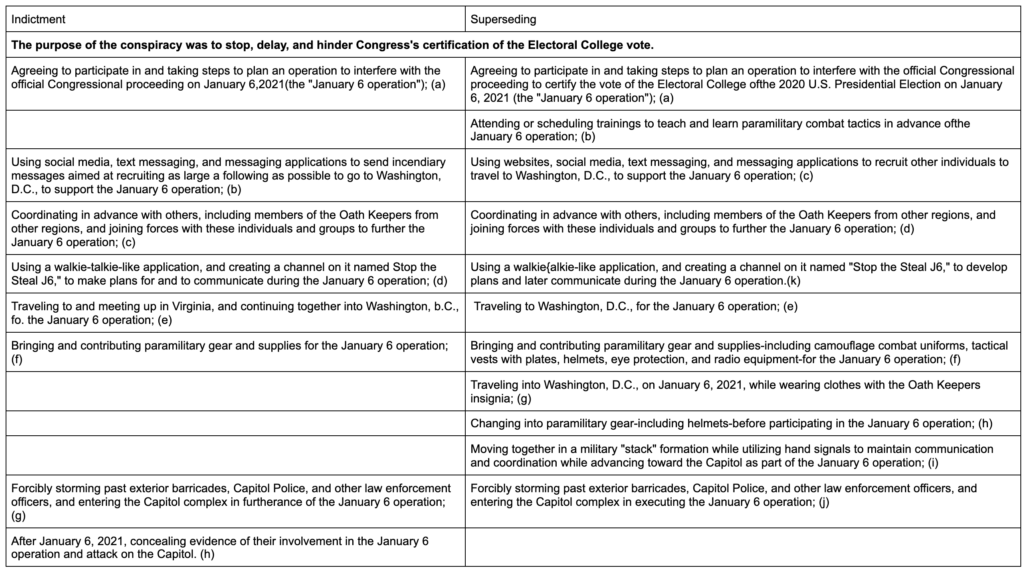 Training and recruitment were always part of Watkins’ alleged actions:

On November 9,2020, WATKINS, the self-described “C.O. [Commanding Officer] of the Ohio State Regular Militia,” sent text messages to a number of individuals who had expressed interest in joining the Ohio State Regular Militia. In these messages, WATKINS mentioned, among other things, that the militia had a weekJong “Basic Training class coming up in the beginning of January,” and WATKINS told one recruit, “l need you fighting fit by innaugeration.” WATKINS told another individual, “It’s a military style basic, here in Ohio, with a Marine Drill Sergeant running it. An hour north of Columbus Ohio[.]”

On November 9,2020, WATKINS asked a recruit if he could “download an App called Zello” and stated, “We all use Zello though for operations.”

On November 17 , 2020, when a recruit asked WATKINS for her predictions for 2021 , WATKINS replied, among other statements:

I can’t predict. I don’t underestimate the resolve of the Deep State. Biden may still yet be our President. If he is, our way of life as we know it is over. Our Republic would be over. Then it is our duty as Americans to fight, kill and die for our rights.

[I]f Biden get the steal, none of us have a chance in my mind. We already have our neck in the noose. They just haven’t kicked the chair yet.

The superseding indictment adds to these details. It includes descriptions of how 54-year old Graydon Young and his 52-year old sister Laura Steele joined the Oath Keepers.

31. On December 3, 2020, YOUNG emailed the Florida chapter of the Oath Keepers with a membership application and wrote, “looking to get involved in helping. . ..”

33. On December 19, 2020, YOUNG wrote to a Facebook group: “Please check out Oath Keepers as a means to get more involved. Recruiting is under way. DM me if you want more info.”

38. On December 26, 2020, YOUNG wrote an email to a Florida company that conducts training on firearms and combat. YOUNG wrote, in part, “l trained with you not long ago. Since then I have joined Oath Keepers. I recommended your training to the team. To that effect, four of us would like to train with you, specifically in your UTM rifle class.”

52. On January 3, 2021, STEELE emailed the Florida chapter of the Oath Keepers with a membership application and wrote, “My brother, Graydon Young told me to submit my application this route to expedite the process.” Later in the day, STEELE emailed KELLY MEGGS and wrote, “My brother, Graydon Young told me to send the application to you so I can be verified for the Events this coming Tuesday and Wednesday.” The following day, STEELE sent an email to an Oath Keepers address, copying both YOUNG and KELLY MEGGS, attaching her Florida Oath Keepers membership application and vetting form, and writing, “I was just requested to send my documents to this email.”

And the arrest affidavit for the Parkers describe them discussing joining Watkins’ militia because their own had largely dissolved.

Effectively, that means that the organized stack (also included as an overt act in the superseding indictment) included at least three people — Steele, Young, and Sandi Parker — who had just joined either Watkins’ militia or the Oath Keepers generally (Bennie, who’s 70, is not known to have entered the Capitol).

For all that it attracted media attention for that organized stack, the Oath Keepers weren’t as instrumental to the launch of the coup attempt as the Proud Boys.

But there, too, the militia was relying on new recruits. Dominic Pezzola claims (not entirely convincingly) that the insurrection was just his second action with the Proud Boys (though his first was the December MAGA March, where he was in close proximity to Roger Stone’s Oath Keeper body guard Robert Minuta).

Of more interest are the details Felicia Konold shared about her experience leading the mob.

She did a Snapchat video gleefully describing how much power she had exercised.

I never could [unintelligible] have imagined having that much of an influence on the events that unfolded today.

We fucking did it.

Her arrest affidavit also quotes her on saying she was, “recruited into a fucking chapter from Kansas City,” complete with a challenge coin. The government’s detention memo for William Chrestman describes that he, “readily recruited two individuals from Arizona [Felicia and her brother Cory] to join the group of Kansas City Proud Boys, who then participated in the crime spree on U.S. Capitol grounds.” (It’s likely the case against Chrestman relies on an FBI interview of Konold, which has not been publicly cited.)

And it didn’t stop there. Experts have talked, abstractly, about how January 6 served as a recruiting boon for right wing terrorists. That’s shown tangibly in a detail from Royce Lamberth’s opinion  Zip Tie Guy Eric Munchel granting the government’s motion for his detention. Even as images from Munchel’s antics in the Senate had attracted close focus and on the same day the government obtained a warrant for his arrest, Zip Tie Guy reached out — via Signal — to the Proud Boys in an effort to join up.

On top of being an explicit attempt to prevent Joe Biden from assuming the presidency, January 6 was also a recruitment bonanza, providing both a goal in advance to work towards, but also a networking opportunity permitting in-person recruitment.

The insurrectionists breached the Capitol with flagpoles and bullhorns. And some of the key players leading that breach were recent recruits to the organized militia leading the way. Meanwhile, Stewart Rhodes, Joe Biggs, and Ethan Nordean were watching from relative safety.

Update: I’ve fixed the Stack numbers; I think Crowl may have been training rather than being trained at the came in North Carolina in December.

Enrique Tarrio Really Doesn’t Want the FBI to Search His Laptop Jessica Watkins Defends Herself by Claiming the Armed Militia Parade Was Part...