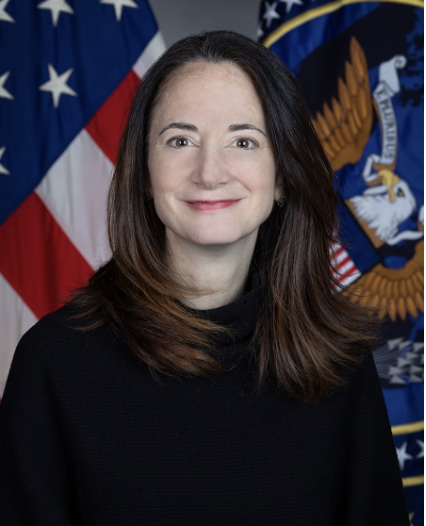 In the wake of the confirmation that Konstantin Kilimnik did, in fact, share campaign data with Russian Intelligence, some people are asking whether Trump withheld information confirming that fact from Mueller or SSCI.

There are other possible explanations. After all, DOJ stated publicly in 2019 they were still working on decrypting communications involving Manafort and Kilimnik. There are likely new sources of information that have become available to the government.

It’s also certain that the government did share some information with SSCI that was not publicly released in its report last year. Indeed, we’re still waiting on information in the SSCI Report that probably will be made public.

Ron Wyden complained about the overclassification of the report when it came out, and — in his typical fashion — provided bread crumbs of what we might learn with further declassification.

(U) The report includes new revelations directly related to the Trump campaign’s cooperation with Russian efforts to get Donald Trump elected. Yet significant information remains redacted. One example among many is the report’s findings with regard to the relationship between Trump campaign manager Paul Manafort and Russian intelligence officer Konstantin Kilimnik.

(U) The report includes significant information demonstrating that Paul Manafort’s support for Russia and pro-Russian factions in Ukraine was deeper than previously known. The report also details extremely troubling information about the extent and nature of Manafort’s connection with Kilimnik and Manafort’s passage of campaign polling data to Kilimnik. Most troubling of all are indications that Kilimnik, and Manafort himself, were connected to Russia’s hack-and-leak operations.

(U) Unfortunately, significant aspects of this story remain hidden from the American public. Information related to Manafort’s interactions with Kilimnik, particularly in April 2016, are the subject of extensive redactions. Evidence connecting Kilimnik to the GRU’s hack-and-leak operations are likewise redacted, as are indications of Manafort’s own connections to those operations. There are redactions to important new information with regard to Manafort’s meeting in Madrid with a representative of Oleg Deripaska. The report also includes extensive information on Deripaska, a proxy for Russian intelligence and an associate of Manafort. Unfortunately, much of that information is redacted as well.

(U) The report is of urgent concern to the American people, in part due to its relevance to the 2020 election and Russia’s ongoing influence activities. The public version of the report details how Kilimnik disseminated propaganda claiming Ukrainian interference in the 2016 election, beginning even before that election and continuing into late 2019. [one sentence redacted] And the report includes information on the role of other Russian government proxies and personas in spreading false narratives about Ukrainian interference in the U.S. election. This propaganda, pushed by a Russian intelligence officer and other Russian proxies, was the basis on which Donald Trump sought to extort the current government of Ukraine into providing assistance to his reelection efforts and was at the center of Trump’s impeachment and Senate trial. That is one of the reasons why the extensive redactions in this section of the report are so deeply problematic. Only when the American people are informed about the role of an adversary in concocting and disseminating disinformation can they make democratic choices free of foreign interference.

Redactions suggest there was more to an April exchange of information between Kilimnik and Manafort involving Oleg Deripaska than has been made public, describing something else that happened almost simultaneously with that exchange. SSCI learned about that even without obtaining information from Manafort’s email server, which Kilimnik was using long after he stopped working for Manafort and which they subpoenaed unsuccessfully, but Mueller did obtain it.

There’s also a very long redacted passage in the more general Additional Views from Democrats on the committee that laid out the significance of the SSCI findings for the 2020 election (ostensibly what yesterday’s sanctions addressed).

QUESTION 150: If confirmed, will you review the Committee’s Report on Russian Active Measures Campaigns and Interference in the 2016 U.S. Election, in particular Volume 5, for additional declassification?

Yes, if confirmed, I will order a review of the Committee’s report to determine whether additional declassification is possible consistent with the need to protect national security.

QUESTION 151: If confirmed, will you review intelligence related to foreign interference in the 2020 U.S. election, including with regard to Russian agents referenced in the Treasury Department’s September 10, 2020, sanctions announcement, for additional declassification and public release?

Yes, if confirmed I will order a review of these materials to determine whether additional declassification is possible consistent with the need to protect national security.

So we should be getting a newly declassified version of the SSCI Report that will reveal what the Trump Administration did share, but buried under redactions.

Which will also reveal what Trump knew about Manafort’s affirmative ties to Russian intelligence when he pardoned Manafort to pay off Manafort’s silence about all that during the Mueller investigation.