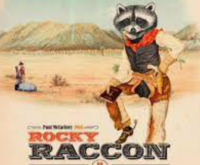 Okay, the big news at Casa de Bmaz is that a full blown giant raccoon has taken up residence somewhere in our front. We have always had families of little ground squirrels living in some of our cactus patches, but this thing is huge. Our 92 pound Doodle, MissCue, has discovered it and is close to breaking through the front window to get to it. We, of course, call our new friend Rocky. It is pretty amusing so long as giant doodle doesn’t break through the window.

Some excellent NFL games this weekend. The Rams already clobbered the SeaSquaks, and Seattle has lost Russell Wilson in the process from a hideous middle finger injury on his throwing hand. But, wait, there’s more! The Cardinals, shockingly the only unbeaten team left in the league, travel to face the San Jose 49ers, who will be without Jimmy G already. Young Trey Lance takes over, and it could be a very interesting game.Pack goes to the Bungles, but Cinci is starting to maybe gel for once. Denver at Steelers is interesting. Steelers are flailing a bit, and if Bridgewater plays, this could be a great game, as could Cleveland at the Bolts. Then there is the Sunday Night game on NBC, the Buffalo Wagon Circlers at the Chiefs. The Chiefa have struggled, but think I’ll take the Chefs with some home cooking.

In the junior pro football league, which is all that the NCAA is after adoption of the NIL insanity, The Sun Devils dispatched the Trees of Stanford in the PAC-12 after dark game in Tempe. If you don’t watch PAC-12 after Dark, you are missing out, it is usually very good. The best game today is arguably number 4 Penn State at number 3 Iowa. Go Hawkeyes! LSU at Kentucky could be a real sleeper, but nobody ever made money betting on Kentucky Football. Same for the ND Domers at West Virginia. Georgia at Auburn looks interesting, but I’ll take the Dawgs.

That leaves F1 of the major sports. Hamilton is on pole, but has a ten place grid penalty, so will start eleventh. Verstappen will start in P2 alongside Hamilton’s Merc teammate, Bottas.There are not a lot of great passing opportunities in Istanbul, so we shall see how the race plays out. This has turned into a pretty interesting F1 season.

In other sports, the WNBA playoffs have been simply spectacular. Last night, the Phoenix Mercury beat out the Las Vegas Aces, in Vegas, behind timeless performances by Diana Taurasi and Brittney Griner. Griner has a last second block that sealed it with less than a second to go. Really good stuff. The Mercury will face Candace Parker, Courtney Vandersloot and the Chicago Sky in the finals.

Also, too, the MLB playoffs are ongoing. Jim Whie’s Tampa Bay Rays looked to be world beaters until the Sawx lit them up toward the end of the game, and now the series is tied up. Giants beat the Dodgers in their first playoff meeting ever.

So, there is the sporting scene. It has been a while since we have done Trash Talk, so let your hair down and chat it up about anything. Today’s music is All Along The Watchtower. Most people think it is a Hendrix song, but it originally is a Bob Dylan song. And if you have never seen Dylan play it electrified, you are in for a treat, and it also includes Highway 61. Rock this joint.

David Brooks Says Smart People Caused Trumpism FBI Searches the Home of the Guy Who Said, “I want to see thousands of...