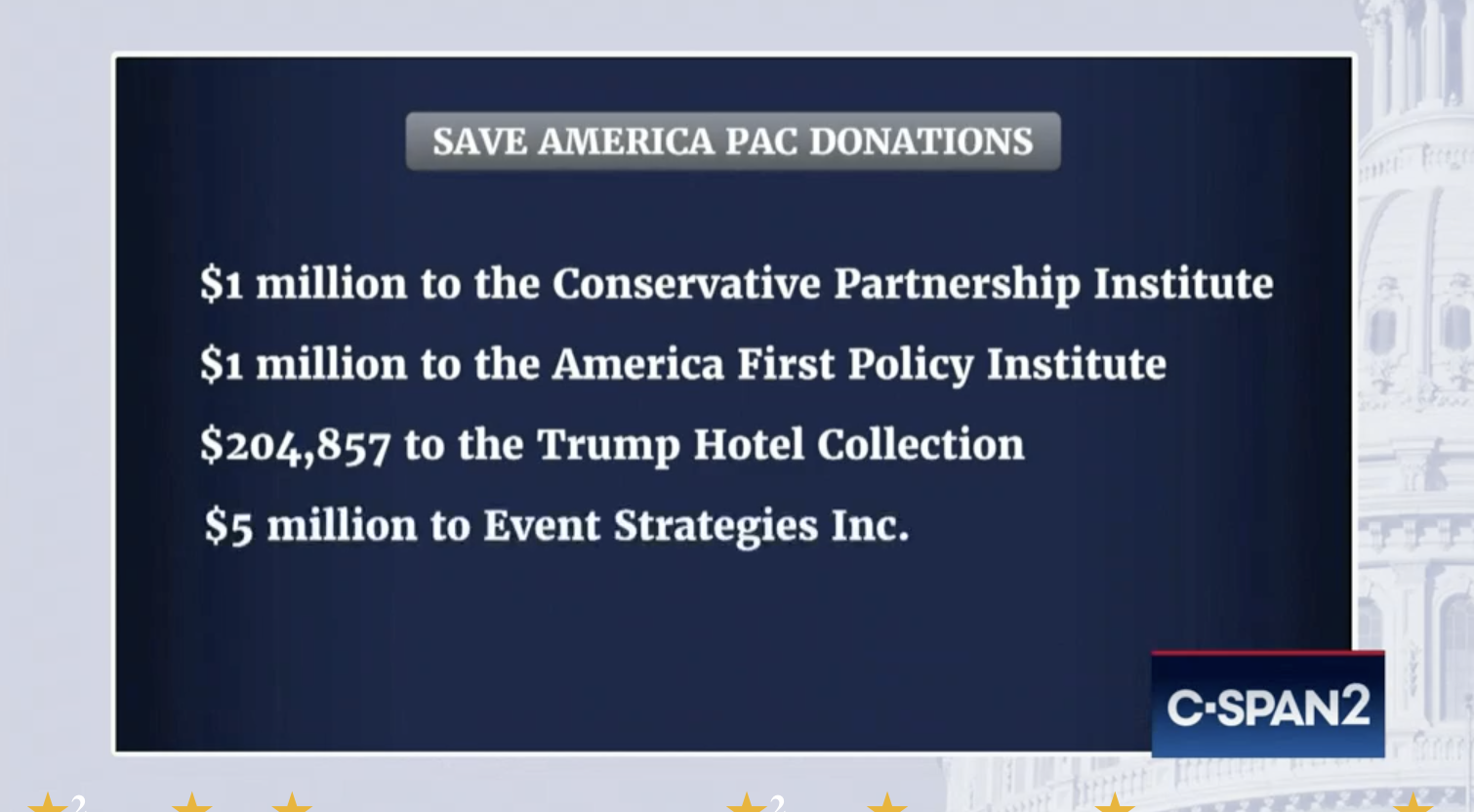 After Steve Bannon got indicted for defrauding thousands of Trump supporters, he complained to Charlie Kirk that 35 Trump associates had been raided the day before.

Bannon, unsurprisingly, was calling a legal request to provide information and testify truthfully, a raid.

But he appears to be right about the numbers. Over the last five days, multiple outlets have cobbled together the numbers that Bannon had ready at hand. Here are key reports:

Between those reports, they describe the following having received legal process:

In a potentially related development, the government moved to be able to share Brandon Straka’s sentencing papers with him and his lawyers. He avoided jail time by providing leads about some of the people subpoenaed, but likely wasn’t forthcoming about pre-January activities and aimed to limit visibility into his own finances, which (according to CNN) are included in the scope of this latest round of subpoenas.

There are several important takeaways from this news.

First, DOJ’s scope is broader than the fake electors, broader even then the financing of the coup attempt (which, remember, Merrick Garland said was under investigation as early as January 5). As CBS describes, some of these subpoenas cover events that have long been part of the investigation for rioters: how they networked at state riots and earlier MAGA rallies, and how they responded to Trump’s call for Stop the Steal in December 2020. Only, this time it asks for evidence about those who organized those events.

Virginia-based attorney David A. Warrington, who said he represents approximately a dozen clients who have been issued subpoenas, said the FBI was “very professional” when serving his clients. He added that the subpoenas his clients received are nearly identical, describing them as lengthy documents divided into sections and subsections. They cover issues related to “alternate” electors and election certification deadlines on December 14 and January 6, fundraising by the Save America PAC and the January 6 “Stop the Steal” rally — but not the ensuing riot.

At least some of the subpoenas compel recipients to appear before a grand jury on September 23 at the Washington, D.C., district courthouse, Warrington said.

Mother and daughter Amy and Kylie Kremer were served subpoenas last week, according to Warrington. They are listed as “host(s)” on the National Park Service permit for the Ellipse rally on January 6, 2021.

As NYT describes, they also focused on speakers and security for the Ellipse rally and members of the legislative branch who were part of the planning.

According to one subpoena obtained by The New York Times, they asked for any records or communications from people who organized, spoke at or provided security for Mr. Trump’s rally at the Ellipse. They also requested information about any members of the executive and legislative branches who may have taken part in planning or executing the rally, or tried to “obstruct, influence, impede or delay” the certification of the presidential election.

As CNN notes, it also covers compensation and communications with DOJ.

Some of the subpoenas, including one reviewed by CNN, were broad in scope, seeking information on a range of issues, including the fake elector scheme, Trump’s primary fundraising and political vehicle, Save America PAC, the organizing of the Trump rally on January 6, and any communications with a broad list of people who worked to overturn the 2020 election results.

The subpoena reviewed by CNN seeks records related to compensation provided to or received from a list of people that included Trump lawyers and campaign staffers through January 20, 2021.

It also asks for communications with anyone in the Justice Department.

Many of these people have communications with members of Congress and as such will prepare DOJ to surpass Speech and Debate protections for relevant figures.

But there are ways that last week’s actions are still broader.

I assume that the probable cause that DOJ showed to seize Epshteyn and Roman’s phones tied to the fake elector plot. Ephsteyn was the focus of DOJ’s activities for some time and Roman played a key role ferrying materials between the players.

But it has become clear that DOJ is what I’ll call sheep-dipping phones: seizing them for one purpose and then getting separate warrants to obtain the same content for other investigations. That fairly clearly is what happened with John Eastman and Scott Perry, where DOJ IG seized their phones but (in Eastman’s case) Thomas Windom quickly got involved. The late date and the sustained focus on Victoria Toensing, whom Congress has never mentioned, suggests I was right when I argued that DOJ could use the seized material from Rudy’s phones for the January 6 investigation.

As a number of outlets have noted, this subpoena bonanza took place just before the 60-day period when DOJ will have to avoid any big public steps in its investigations. But they’ve just arranged to obtain plenty to keep them busy — and quite possibly, enough to emerge on the other side with the ability to start putting all these parts together: a scheme to attack our democracy and get rich while doing it.

Update: In a second CNN story on the subpoena bonanza, they describe that those who blew off the January 6 Committee are being instructed to turn over what the committee asked for.

The subpoenas also ask for the recipients to identify all methods of communication they’ve used since fall 2020 and to turn over to DOJ anything the House select committee investigating January 6, 2021, has demanded – whether they cooperated with the House panel or not.

I’ve been anticipating that (and DOJ will have seized the phone records people sued to keep away from J6C long ago).