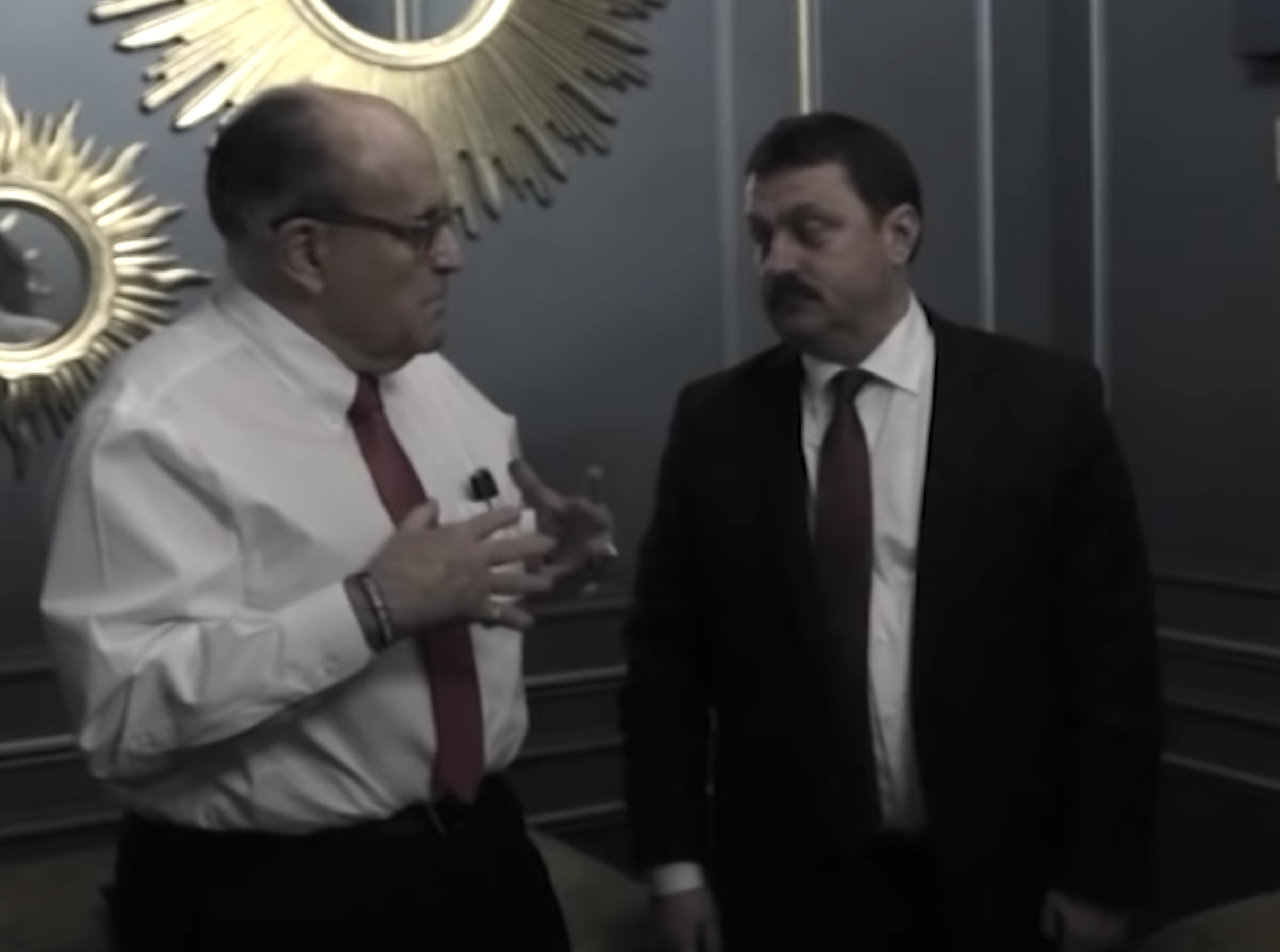 EDNY just rolled out an indictment against Andrii Derkach — the Russian-backed Ukrainian who was pitching Hunter Biden dirt to Rudy Giuliani in December 2020 — on charges of money laundering to hide his ownership of some Condos in CA, which are being seized.

“The conduct of this Kremlin asset, who was sanctioned for trying to poison our democracy, has shown he is ready, willing, and capable of exploiting our banking system in order to advance his illicit goals. The U.S. will not be a safe haven where criminals, oligarchs or sanctioned entities can hide their ill-gotten gains or influence our elections,” stated United States Attorney Peace. “This Office, together with our law enforcement partners, will use every tool available to prosecute those who evade sanctions and abuse the U.S. financial system, and we will identify, freeze and seize criminal proceeds whenever and wherever possible.”

“Kremlin-backed Ukrainian politician and oligarch, Andrii Derkach, was sanctioned for his efforts to influence the 2020 U.S. Presidential election on behalf of the Russian Intelligence Services. While participating in a scripted Russian disinformation campaign seeking to undermine U.S. institutions, Derkach simultaneously conspired to fraudulently benefit from a Western lifestyle for himself and his family in the United States. The FBI will continue to use all the tools at its disposal to identify Russian intelligence operations, disrupt Russian information laundering networks, and bring to justice those who seek to engage in criminal conspiracies to undermine the integrity of U.S elections and evade U.S. sanctions,” stated Assistant Director-in-Charge Driscoll. [my emphasis]

In conducting that travel to, and spending time in, the United States, Derkach was actively involved in deceiving U.S. law enforcement and border authorities even prior to his SDN designation. For example, in December 2019 and February 2020, Derkach was in the United States to meet with U.S. persons and conduct media appearances. To obtain a U.S. visa, and to ostensibly attend meetings and conferences related to human rights issues in Ukraine, Derkach retained the services of a U.S.-based consulting firm (Firm-1). The written contract purported to be between Firm-l and a Ukrainian shipping company and did not refer to Derkach, notwithstanding Derkach’s direct involvement in the provision of services that the contract purported to reflect. In or about and between July 2018 and December 2018, Derkach paid Firm-l approximately $100,000. In a July 2018 email communication with Firm-l, Derkach’s representative expressed concern that, “given the fact that my client [Derkach] is a politically exposed person, as well as the statements he made concerning Ukraine’s interference into U.S. elections and the insider information we have in our possession,” the visa application process could be potentially complicated for Derkach. [my emphasis]

… Mention things that involve the former President’s personal lawyer. But even the indictment, which gets a bit more explicit about his trips to meet with Rudy, don’t name him.

The most interesting detail, for now, is that the actual indictment date was September 26, putting it in the same week when DOJ was prioritizing all the charges against Oleg Derpiaska and his associates. The delay appears to have involved filing the forfeiture against Derkach’s CA property.

Two Inconsistent Stories on Additional Searches of Trump’s Property The Rules Against Keeping Classified Documents in an Unsecure RV Parked alongside...