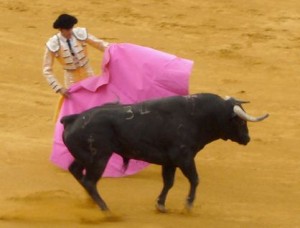 Because there hasn’t been an immediate, multinational hue and cry to bomb Iran over the leaked IAEA report, both Israeli Prime Minister Benjamin Netanyahu and David Albright, the designated point person for fomenting fears over Iran’s nuclear program in the United States, have been reduced to using their best Billy Mays voice to boom out “But wait, there’s more!”  Netanyahu’s blathering has been dutifully written down and published by Reuters while Albright has found a willing mouthpiece in the Washington Post’s Joby Warrick

Netanyahu told his cabinet yesterday that Iran is closer to getting the bomb than the IAEA report suggests.  Here is how Reuters reported his remarks:

“Iran is closer to getting an (atomic) bomb than is thought,” Netanyahu said in remarks to cabinet ministers, quoted by an official from his office.

“Only things that could be proven were written (in the U.N. report), but in reality there are many other things that we see,” Netanyahu said, according to the official.

The Israeli leader did not specify what additional information he had about Iran’s nuclear program during his cabinet’s discussion on the report by the U.N.’s International Atomic Energy Agency (IAEA) released last week.

Yup, Netanyahu is telling us he knows more about Iran’s nuclear technology than the rest of the world knows, but he won’t give us details and he can’t prove it.  And, of course, it is important to believe everything Netanyahu says.

Meanwhile, in Washington, Joby Warrick saw fit this morning to devote an entire article to building the case that Vyacheslav Danilenko was transferring crucial nuclear technology to Iran rather than helping Iran to develop nanodiamond technology.  The accusations against Danilenko come almost exclusively from David Albright and a “report” on Danilenko prepared by Albright’s Insitute for Science and International Security.  Warrick does include one brief quotation from a former CIA Iran analyst on how analysts characterize the flow of information into potentially covert programs and a statement from Josh Pollack of Arms Control Wonk.  I will return to the Pollack quote below.

Now that Danilenko’s work on controlled high explosives detonations creating nanodiamonds has been put forward as a potentially peaceful use of the technology he was helping to develop in Iran, those who promote the view that Iran is working hard now to develop a nuclear weapon find it necessary to provide a stronger connection between Danilenko’s work and development of a bomb trigger device.  At the same time, Danilenko has responded to press inquiries with a direct “I am not a father of Iran’s nuclear program” and “I am not a nuclear physicist.” END_OF_DOCUMENT_TOKEN_TO_BE_REPLACED