In a blockbuster story published last night by the New York Times, C.J. Shivers lays out chapter and verse on the despicable way the US military covered up the discovery of chemical weapons in Iraq after the 2003 invasion. Even worse is the cover-up of injuries sustained by US troops from those weapons, their denial of treatment and denial of recognition or their injuries sustained on the battlefront.

Why was this covered up, you might ask? After all, if George W. Bush would joke at the White House Correspondents’ Dinner about looking under White House furniture for Saddam’s WMD’s, why didn’t the US blast out the news of the WMD’s that had supposedly prompted the US invasion?

Chivers give us the details:

From 2004 to 2011, American and American-trained Iraqi troops repeatedly encountered, and on at least six occasions were wounded by, chemical weapons remaining from years earlier in Saddam Hussein’s rule.

In all, American troops secretly reported finding roughly 5,000 chemical warheads, shells or aviation bombs, according to interviews with dozens of participants, Iraqi and American officials, and heavily redacted intelligence documents obtained under the Freedom of Information Act.

The New York Times found 17 American service members and seven Iraqi police officers who were exposed to nerve or mustard agents after 2003. American officials said that the actual tally of exposed troops was slightly higher, but that the government’s official count was classified.

Then, during the long occupation, American troops began encountering old chemical munitions in hidden caches and roadside bombs. Typically 155-millimeter artillery shells or 122-millimeter rockets, they were remnants of an arms program Iraq had rushed into production in the 1980s during the Iran-Iraq war.

All had been manufactured before 1991, participants said. Filthy, rusty or corroded, a large fraction of them could not be readily identified as chemical weapons at all. Some were empty, though many of them still contained potent mustard agent or residual sarin. Most could not have been used as designed, and when they ruptured dispersed the chemical agents over a limited area, according to those who collected the majority of them.

But here is the real kicker:

Participants in the chemical weapons discoveries said the United States suppressed knowledge of finds for multiple reasons, including that the government bristled at further acknowledgment it had been wrong. “They needed something to say that after Sept. 11 Saddam used chemical rounds,” Mr. Lampier said. “And all of this was from the pre-1991 era.”

Others pointed to another embarrassment. In five of six incidents in which troops were wounded by chemical agents, the munitions appeared to have been designed in the United States, manufactured in Europe and filled in chemical agent production lines built in Iraq by Western companies.

Good old USA technology, conveniently exported to European firms that we helped to build factories in Iraq to produce chemical weapons to be used against Iran. That is what caused injury to US servicemen who were routinely denied care and quickly sent back into battle because they weren’t missing limbs. Chivers talked to a number of those soldiers and their stories are so consistent they nearly blend together. Also consistent was the instant classification of the injuries, presumably because of the embarrassment to the Bush Administration they would cause should the press look into them too rigorously.

Sadly, though, the story is not yet over. The US left Iraq in 2011, knowing that chemical weapons were still stored in bunkers at Al Muthanna. At the end of Chivers’ report: END_OF_DOCUMENT_TOKEN_TO_BE_REPLACED 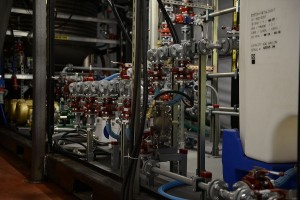 There now is substantial evidence to support the decision not to provide increased support for the moderates, as many of these moderate groups have now shifted their alliance directly into IS support. This terrific Monkey Cage blog post written by Marc Lynch and hosted at the Washington Post, provides very good background on the shifting alliances among the rebel groups: END_OF_DOCUMENT_TOKEN_TO_BE_REPLACED