The Kiriakou Conundrum: To Plea Or Not To Plea 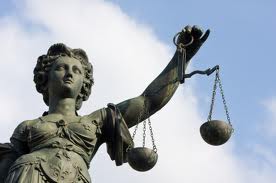 There are many symbols emblematic of the battle between the American citizenry and the government of the United States in the war of transparency. One of those involves John Kiriakou. Say what you will about John Kiriakou’s entrance into the public conscience on the issue of torture, he made a splash and did what all too few had, or have since, been willing to do. John Kiriakou is the antithesis of the preening torture monger apologist in sullen “big boy pants”, Jose Rodriquez.

And, so, people like Kiriakou must be punished. Not by the national security bullies of the Bush/Cheney regime who were castigated and repudiated by an electorate who spoke. No, the hunting is, instead, by the projected agent of “change”, Barack Obama. You expect there to be some difference between a man as candidate and a man governing; the shock comes when the man and message is the diametric opposite of that which he sold. And, in the sling of such politics, lies the life and fate of John Kiriakou.

Why is the story of John Kiriakou raised on this fine Saturday? Because as Charlie Savage described, Kiriakou has tread the “Path From Terrorist Hunter to Defendant”. Today it is a path far removed from the constant political trolling of the Benghazi incident, and constant sturm and drang of the electoral polling horserace. It is a critical path of precedent in the history of American jurisprudence, and is playing out with nary a recognition or discussion. A tree is falling in the forrest and the sound is not being heard.

You may have read about the negative ruling on the critical issue of “intent to harm” made in the federal prosecution of Kiriakou in the Eastern District of Virginia (EDVA) last Tuesday. As Josh Gerstein described:

Prosecutors pursuing former CIA officer John Kiriakou for allegedly leaking the identities of two other CIA officers involved in interrogating terror suspects need not prove that Kiriakou intended to harm the United States or help a foreign nation, a federal judge ruled in an opinion made public Wednesday.

The ruling from U.S. District Court Judge Leonie Brinkema is a defeat for Kiriakou’s defense, which asked the judge to insist on the stronger level of proof — which most likely would have been very difficult for the government to muster.

In 2006, another federal judge in the same Northern Virginia courthouse, T.S. Ellis, imposed the higher requirement in a criminal case against two former lobbyists for the American Israel Public Affairs Committee.

However, Brinkema said that situation was not parallel to that of Kiriakou, since he is accused of relaying information he learned as a CIA officer and the AIPAC staffers were not in the government at the time they were alleged to have received and passed on classified information.

“Kiriakou was a government employee trained in the classification system who could appreciate the significance of the information he allegedly disclosed. Accordingly, there can be no question that Kiriakou was on clear notice of the illegality of his alleged communications.

Gerstein has summarized the hard news of the court ruling admirably, but there is a further story behind the sterile facts. By ruling the crucial issue of “intent” need not be proven by the accusing government, the court has literally removed a critical element of the charge and deemed it outside of the due process proof requirement, much less that of proof beyond a reasonable doubt.

What does that mean? In a criminal prosecution, it means everything. It IS the ballgame.

And so it is here in the case of United States v. John Kiriakou. I am going to go a little further than Gerstein really could in his report, because I have the luxury of speculation. As Josh mentioned:

On Tuesday, Brinkema abruptly postponed a major motions hearing in the case set for Wednesday and a hearing set for Thursday on journalists’ motions to quash subpoenas from the defense. She gave no reason for canceling the hearings.

HELLO! That little tidbit is the everything of the story. I flat out guarantee the import of that is the court put the brakes on the entire case as a resultnof an off the record joint request of the parties to facilitate immediate plea negotiation. As in they are doing it as you read this.

There is simply no other reason for the court to suspend already docketed process and procedure in a significant case, much less do so without a formal motion to extend, whether by one party or jointly. That just does not happen. Well, it does not happen unless both parties talked to the court and avowed a plea was underway and they just needed the time to negotiate the details.

So, what does this mean for John Kiriakou? Nothing good, at best. Upon information and belief, Kiriakou was offered a plea to one count of false statements and no jail/prison time by the original specially designated lead prosecutor, Pat Fitzgerald. But the “word on the street” now is that, because the government’s sheriff has changed and, apparently, because Kiriakou made an effort to defend himself, the ante has been ridiculously upped.

What I hear is the current offer is plead to IIPA and two plus years prison. This for a man who has already been broken, and whose family has been crucified (Kiriakou’s wife also worked for the Agency, but has been terminated and had her security clearance revoked). Blood out of turnips is now what the “most transparent administration in history” demands.

It is a malicious and unnecessary demand. The man, his family, and existence are destroyed already. What the government really wants is definable precedent on the IIPA because, well, there is not squat for such historically, and the “most transparent administration in history” wants yet another, larger, bludgeon with which to beat the baby harp seals of whistleblowing. And so they act.

To date, there have been no reported cases interpreting the Intelligence Identities Protection Act (IIPA), but it did result in one conviction in 1985 pursuant to a guilty plea. In that case, Sharon Scranage, a former CIA clerk, pleaded guilty for providing classified information regarding U.S. intelligence operations in Ghana, to a Ghanaian agent, with whom she was romantically involved. She was initially sentenced to five years in prison, but a federal judge subsequently reduced her sentence to two years. That. Is. It.

So, little wonder, “the most transparent administration in history” wants to establish a better beachhead in its fight against transparency and truth. John Kiriakou is the whipping post. And he is caught in the whipsaw….prosecuted by a maliciously relentless government, with unlimited federal resources, and reliant on private defense counsel he likely long ago could no longer afford.

It is a heinous position Kiriakou, and his attorneys Plato Cacheris et. al, are in. There are moral, and there are exigent financial, realities. On the government’s end, as embodied by the once, and now seemingly distant, Constitutional Scholar President, and his supposedly duly mindful and aware Attorney General, Eric Holder, the same moralities and fairness are also at issue. Those of us in the outside citizenry of the equation can only hope principles overcome dollars and political hubris.

Eric Holder, attorney general under President Barack Obama, has prosecuted more government officials for alleged leaks under the World War I-era Espionage Act than all his predecessors combined, including law-and-order Republicans John Mitchell, Edwin Meese and John Ashcroft.
….
“There’s a problem with prosecutions that don’t distinguish between bad people — people who spy for other governments, people who sell secrets for money — and people who are accused of having conversations and discussions,” said Abbe Lowell, attorney for Stephen J. Kim, an intelligence analyst charged under the Act.

The once and previous criticisms of John Kiriakou, and others trying to expose a nation off its founding tracks, may be valid in an intellectual discussion on the fulcrum of classified information protection; but beyond malignant in a sanctioned governmental prosecution such as has been propounded against a civilian servant like John Kiriakou who sought, with specificity, to address wrongs within his direct knowledge. This is precisely where, thanks to the oppressive secrecy ethos of the Obama Administration, we are today.

Far, perhaps, from the “hope and change” the country prayed and voted for in repudiating (via Barack Obama) the festering abscess of the Bush/Cheney regime, we exist here in the reality of an exacerbated continuation of that which was sought to be excised in 2008. Kiriakou, the human, lies in the whipsaw balance. Does John Kiriakou plead out? Or does he hold out?

One thing is certain, John Kiriakou is a man, with a family in the lurch. His values are not necessarily those of those of us on the outside imprinting ourselves on him.

If the government would stop the harp seal beating of Mr. Kiriakou, and at least let the man stay with his family instead of needlessly consuming expensive prison space, that would be one thing. But the senseless hammer being posited by the out for blood successor to Patrick Fitzgerald – Neil MacBride, and his deputy William N. Hammerstrom, Jr. – is scurrilous.

Rest assured, far from the hue and cry on the nets and Twitters, this IS playing out on a very personal and human scale for John Kiriakou while we eat, drink and watch baseball and football this weekend.