After Petraeus Paid Them For Peace, Are Sunnis of Anbar Now Paid by Bandar For Killing? 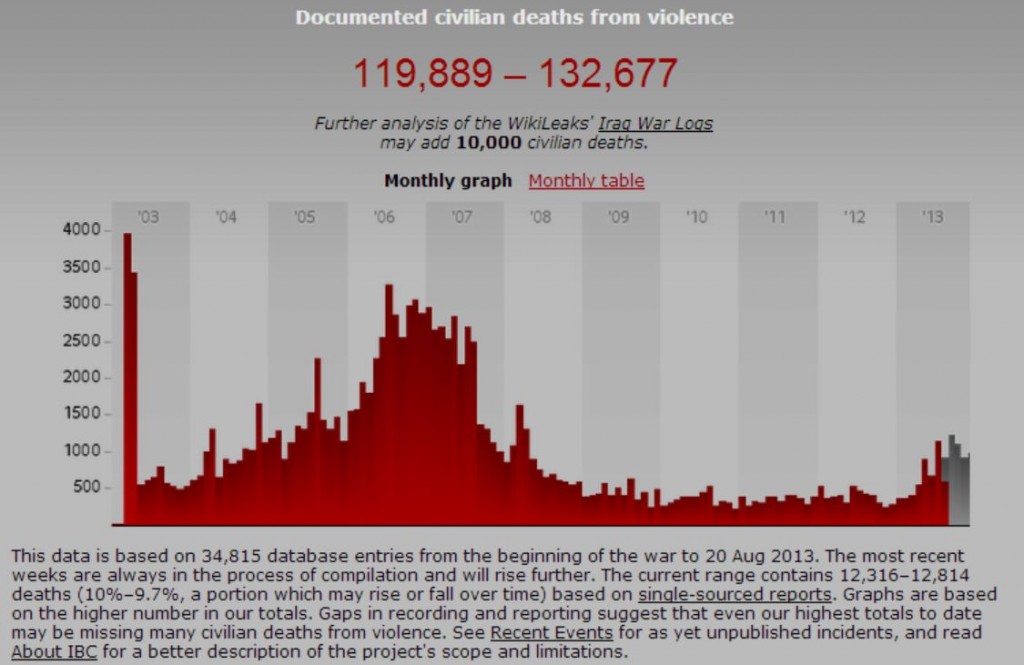 Although there likely are many factors that contributed to the eventual outbreak of violence in Iraq that elevated civilian death rates, one possibility that intrigues me is that the timing fits reasonably well to be a part of Saudi intelligence chief Bandar bin Sultan’s play for regional dominance. Marcy noted this week that the recent bombings in Russia fit with Bandar’s warning delivered to Putin in a secret meeting last July. But if we go back to the report on that meeting, we see this about Bandar’s regional plan and especially how it applied to Syria:

Bandar discussed the Syrian issue at length. He explained how the kingdom’s position had evolved on the Syrian crisis since the Daraa incident all the way to what is happening today. He said, “The Syrian regime is finished as far as we and the majority of the Syrian people are concerned. [The Syrian people] will not allow President Bashar al-Assad to remain at the helm. The key to the relations between our two countries starts by understanding our approach to the Syrian issue. So you have to stop giving [the Syrian regime] political support, especially at the UN Security Council, as well as military and economic support. And we guarantee you that Russia’s interests in Syria and on the Mediterranean coast will not be affected one bit. In the future, Syria will be ruled by a moderate and democratic regime that will be directly sponsored by us and that will have an interest in understanding Russia’s interests and role in the region.”

So, back in July, Bandar was feeling confident that Assad would be overthrown and that those who established a new government would be firmly under Saudi control. That would suggest that Bandar felt he already had the proper forces in place and under his control.

As we know, things didn’t quite go the way Bandar expected in Syria, as the US backed off an attack at the last minute and chose a diplomatic approach with Syria surrendering its chemical weapons. Bandar has continued his meddling, though, and one of his charges just got arrested for activity in Lebanon:

Lebanese military authorities have arrested the leader of the Abdullah Azzam Brigades, the offshoot of al-Qaeda that claimed responsibility for the double suicide bomb attack on the Iranian Embassy in Beirut in November, according to Lebanese news media.

The leader, Majid al-Majid, is a Saudi national whose radical Sunni group is closely allied with al-Qaeda in Iraq. The reports did not say when the arrest took place.

The Abdullah Azzam Brigades came into being years before the conflict across the border in Syria, but the group has allied itself with extremists among the rebels fighting President Bashar Assad there and threatened more attacks if the Lebanese Shiite militia Hezbollah did not stop sending its fighters to support him. Recently, Al-Majid reportedly pledged allegiance to the Nusra Front, another al-Qaeda-linked group fighting in Syria.

Hmm. Saudi support for a group in Iraq that is meddling both in Syria and Lebanon. Have a look at the CIA map of the regions we are discussing here: 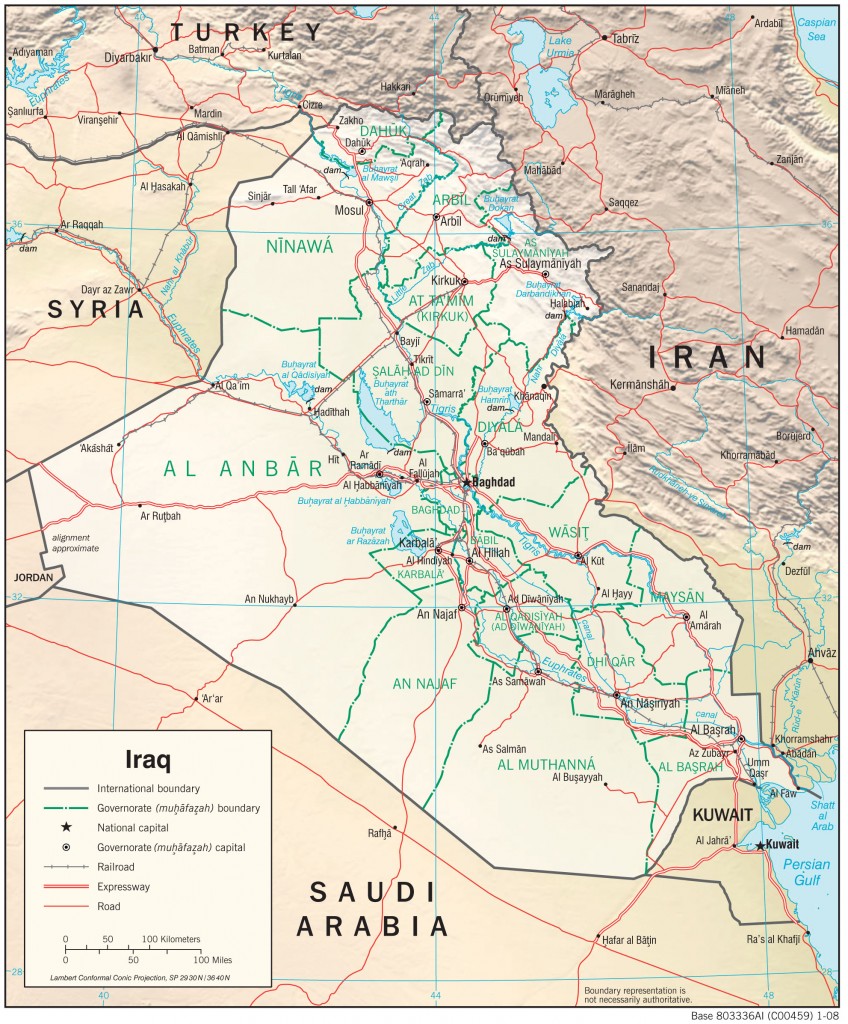 The Anbar Province of Iraq (along with the much more peaceful Jordan) is what separates Saudi Arabia from Syria. It’s looking to me that Bandar decided that if Petraeus could pay off the Sunnis of Anbar to be peaceful, he could find a price at which they would help him with his plan for regional dominance.