Trump Versus the [Dead-Ender] Spooks 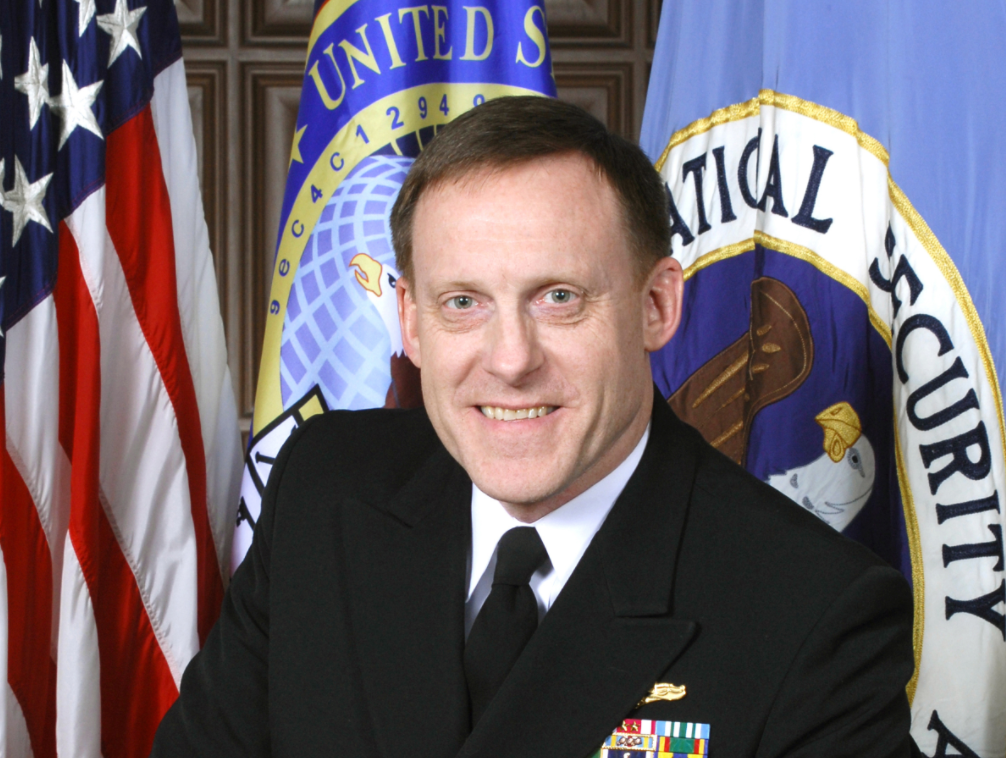 The big news from yesterday — aside from the blizzard of Mike Pence at Hamilton stories that drowned out news of Trump’s $25 million settlement for defrauding a bunch of Trump University students — is that NSA Director Mike Rogers had a meeting.

As the WaPo reported, Rogers met with Trump on Thursday morning without telling his bosses — Secretary of Defense Ash Carter and Director of National Intelligence James Clapper.

In a move apparently unprecedented for a military officer, Rogers, without notifying superiors, traveled to New York to meet with Trump on Thursday at Trump Tower. That caused consternation at senior levels of the administration, according to the officials, who spoke on the condition of anonymity to discuss internal personnel matters.

Actually, that’s not the lead of the story. This is:

The heads of the Pentagon and the nation’s intelligence community have recommended to President Obama that the director of the National Security Agency, Adm. Michael S. Rogers, be removed.

Which suggests that, in retaliation for having a meeting without their approval, people close to Carter and Clapper decided to reveal that they had been planning on firing Rogers, but simply haven’t gotten around to it.

The reason for firing Rogers is more obscure.

Carter has concerns with Rogers’s performance, officials said. The driving force for Clapper, meanwhile, was the separation of leadership roles at the NSA and U.S. Cyber Command, and his stance that the NSA should be headed by a civilian.

Rogers was charged with making sure another insider breach never happened again.

Instead, in the past year and a half, officials have discovered two major compromises of sensitive hacking tools by personnel working at the NSA’s premier hacking unit: the Tailored Access Operations. One involved a Booz Allen Hamilton contractor, Harold T. Martin III, who is accused of carrying out the largest theft of classified government material. Although some of his activity took place before Rogers arrived and at other agencies, some of it — including the breach of some of the most sensitive tools — continued on Rogers’s watch, the officials said.

But there was a second, previously undisclosed breach of cybertools, discovered in the summer of 2015, which was also carried out by a TAO employee, one official said. That individual also has been arrested, but his case has not been made public. The individual is not believed to have shared the material with another country, the official said.

Rogers was put on notice by his two bosses — Clapper and Carter — that he had to get control of internal security and improve his leadership style. There have been persistent complaints from NSA personnel that Rogers is aloof, frequently absent and does not listen to staff input.

The NYT version of this story makes it sound like Rogers was supposed to be relieved of duty when the CYBERCOM/NSA split was announced but that got delayed because John McCain complained.

But the WaPo’s sources piled on, blaming Rogers for the Martin theft that started even before his tenure, another still unrevealed one, and (later in the article) for another hack during his tenure as head of the Navy’s CyberCommand.

Which has Devin Nunes — ostensibly in his role as House Intelligence Chair, and not his role on Trump’s transition team — calling an immediate hearing (perhaps before Obama can fire Rogers?).

Ostensibly, this is a hearing scheduling meeting.

Accordingly, I will convene an open-session hearing at the earliest possible opportunity so the
Committee may understand the veracity of the Post article and fully understand the impact of the
proposed separation of NSA and USCYBERCOM on the IC. Please provide, no later than November
21, 2016, at 5:00pm, a list of dates and times you are available to appear before the Committee between
now and the end of December 2016.

Of course, usually such discussions take place between aides. But by including that language in his letter, Nunes invented an opportunity to issue an implicit threat — that something in the WaPo story (perhaps the detail that another person had been arrested for stealing TAO files) remained classified.

I am also concerned that the article may contain unauthorized disclosures of classified
information.

And to provide a vote of confidence for Rogers.

Since Admiral Rogers was appointed as NSA Director in April 2014, I have been consistently
impressed with his leadership and accomplishments. His professionalism, expertise, and deckplate
leadership have been remarkable during an extremely challenging period for NSA. I know other
members of Congress hold him in similarly high esteem.
Given the Committee’s constitutional responsibility to conduct oversight of the Intelligence
Community (IC), I am asking you to provide a full explanation of the allegations contained in the Post
article.

Nunes went on to demand briefing on the planned split (he is supposed to be on the opposite side as McCain, hoping for CYBERCOM to remain under DOD and the House Armed Service Committee, but NSA to become entirely a House Intelligence Committee issue, but I wonder whether Trump has something else entirely in mind).

Consider: A big part of this presidential campaign involved weekly leaks about an FBI investigation into a national security issue (Hillary’s potential mishandling of classified information). All through that, Nunes was at best silent, if not a willing participant. But here he is insinuating that the WaPo leak (presumably from two Original Classification Authorities) was improper?

And consider this detail: Trump has already picked Mike Flynn to be his National Security Adviser, whom Clapper and Mike Vickers got fired in 2014. The Thursday meeting between Rogers and Trump was reportedly a meeting about whether Rogers should become Director of National Intelligence. Yesterday, Trump interviewed General James Mattis to be Secretary of Defense; Obama fired Mattis from CENTCOM in 2013 for opposition to Obama’s Iran deal. There are also rumors that Trump is considering Stanley McChrystal for some role.

In other words, Trump seems to be going out of his way to select military officers who have a grudge against the Obama Administration (which goes along perfectly with his policy of hiring people like Jared Kushner and Jeff Sessions, white men who harbor grudges against some past perceived wrong).

But if Trump creates a NatSec team entirely of generals who’ve been fired for cause or dissent, what will that do for a Commander in Chief’s ability to assert civilian control by firing generals going forward? What kind of incentive will that give top officers to intervene in the political process?

When Trump Brought Romney To Heel, or Further Adventures in the Cabinet of ... NFL Week 11