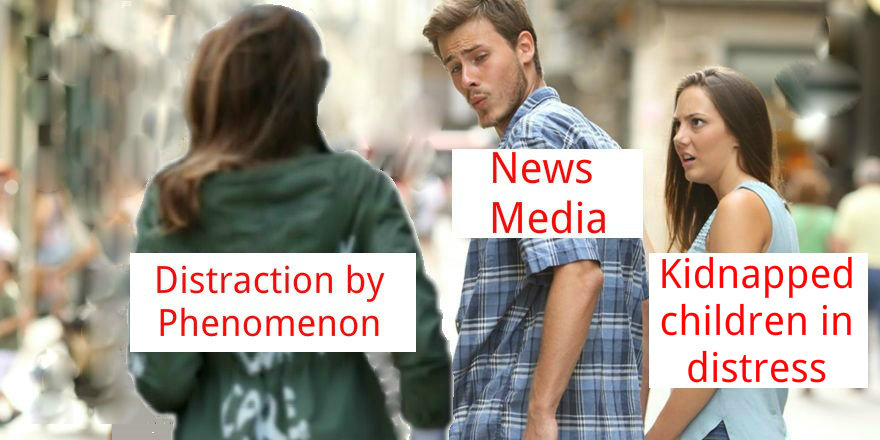 I don’t even have a real post for this. I am so goddamned angry right now. Apparently the news media needs a recap on priorities.

There are thousands of children kidnapped by this administration, being trafficked under the guise of immigration control and border protection, shoved into all manner of care situations.

They don’t have anything to give them comfort; they are being permanently damaged at the cellular level by the stress they’ve been placed under by a heartless, thoughtless, incompetent bureaucracy.

There is no assurance so far that they are being tracked in any way.

There is no assurance they are not being abused.

Their parents are worried sick and equally damaged by these kidnappings, with no assurance they will ever be reunited with their children.

All for a misdemeanor offense of crossing a border in order to file for asylum.

The administration is making zero effort to address the root problems causing these refugees when they could be talking bilaterally with Mexico and Central American countries — they are simply not acting in good faith in any way.

And the goddamned news media is chasing Trump’s human shield — the illegal immigrant who became legal by sleeping with a rich white dude — because of her idiotic attire. Be fucking best, indeed.

Democratic elected officials have been trying to get answers, but they are denied access. A bipartisan group of mayors was refused access today in Texas. There’s too little coverage of this systematic denial preventing us from knowing what’s been done in our name with our tax dollars.

Do your damned jobs, media, and catch a clue. Quit chasing a deliberate distraction. There is nothing going on in or around that cheap women’s jacket which will solve the massive human-caused humanitarian disaster under way.

Use this as an open thread. Emphasis on media failures under the Trump administration, please. 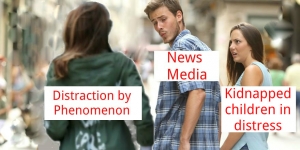