Who Told Carter Page that James Wolfe Was the Source of the FISA Leak? 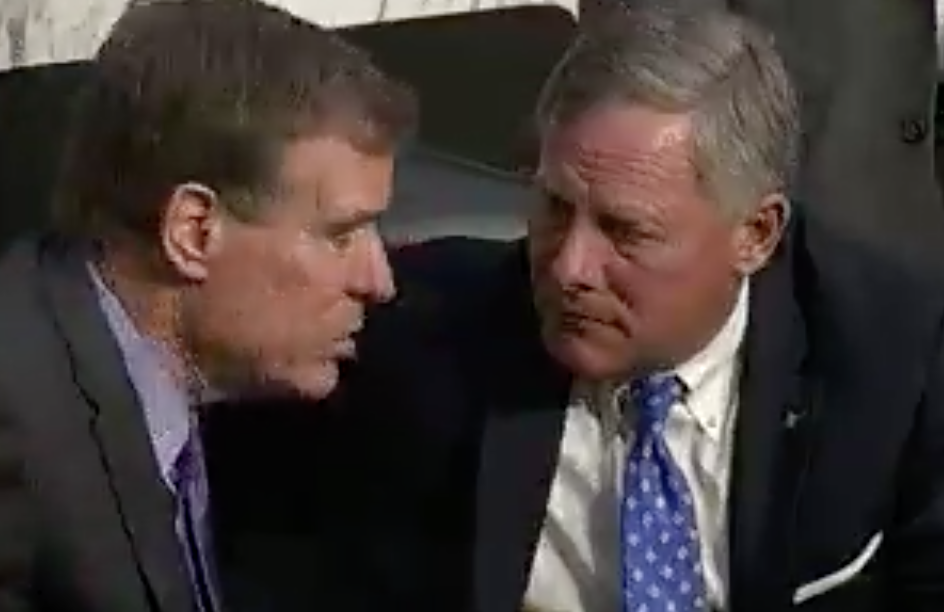 There’s a detail in the Statement of the Offense filed in conjunction with the guilty plea former Senate Intelligence Committee Director of Security James Wolfe worth further attention.

As I had noted when Wolfe was indicted, while the indictment catches Wolfe red-handed in lies about unclassified leaks Wolfe gave to Ali Watkins and some NBC reporters, it seems more interested in, and therefore probably arose out of, Wolfe’s ties with the reporters on the WaPo story first reporting that Carter Page had been targeted with a FISA order. Rather than having to prove that Wolfe leaked classified FISA information to a journalist with better operational security than the others, the government chose instead to charge him for the more easily proved case that he lied to the FBI.

The statement of offense confirms that the investigation arose in response to the FISA story.

On April 11, 2017, classified national security information concerning the existence and predication of FBI surveillance of an individual (“MALE-1”) pursuant to the Foreign Intelligence Surveillance Act (FISA) was published in an article authored by three reporters, including REPORTER #1.

In April 2017, the Federal Bureau of Investigation (FBI) opened an investigation into the unauthorized disclosure of this classified information to the news media.

And whereas the indictment had mostly discussed Wolfe’s conversations with the WaPo reporter obliquely, the statement of the offense describes how Wolfe followed up by email after meeting the reporter on December 9, 2015, and how the reporter then checked in the day before the election.

What’s more interesting, however, are the details about the aftermath of the story, when Carter Page wrote to the journalist in question and BCCed Wolfe.

On May 8, 2017, MALE-1 emailed REPORTER #1 complaining about REPORTER #1’s reporting of him (MALE-1). According to the metadata recovered during the search of Wolfe’s email, Wolfe was blind-copied on that email by MALE-1.

The day before Page sent that email, he had written a letter to Richard Burr and Mark Warner, complaining about the WaPo story and Ali Watkins’ reporting that Page was the anonymous person named in the  case. It seems that Page either learned or discovered that Wolfe might be the person who leaked the FISA news.

And as the Statement lays out, it seems that Wolfe and the journalist in question exchanged an encrypted file.

On May 11, 2017, at 11:13 a.m., REPORTER #1 emailed Wolfe, “What’s your cell?” The signature block of REPORTER #1’s email contained the reporter’s name, affiliation with a national news outlet, and telephone numbers.

On May 11, 2017, at 5:16 p.m., REPORTER #1 sent a second email to Wolfe, writing “Hi! When can we get coffee?” This time, the signature block of the second email included a 44-character long code made up of letters and numbers that appears to be a “PGP” fingerprint. If used, this fingerprint would have permitted Wolfe to send REPORTER #1 an email using an application that would encrypt the contents of the message, but not the subject line or the name of the sender.

Between the December 9, 2015, November 7, 2016, and two May 11, 2017 emails, the Statement lays out four email exchanges between Wolfe and this journalist. But the indictment says there was a fifth, possibly in June 2017.

For example, between in or around December 2015 and in or around June 2017, WOLFE and REPORTER #1 communicated at least five times using his SSCI email account.

In any case, that Page BCCed Wolfe suggests that he suspected Wolfe was the source, and perhaps said as much in his email to the reporter (thus explaining the follow-up between them).

As it is this Statement (and the indictment of Natalie Mayflower Sours Edwards for sharing FinCen data with Jason Leopold yesterday, but I’ll return to that) may suggest that the government obtained the reporter’s emails, but then parallel constructed doing so by collecting Wolfe’s. But it also suggests that Page knew precisely who leaked the FISA information.

On Corey Lewandowski’s Big Legal Bills and Mueller’s Deadline from... PSA: Don’t Misunderstand the Function of a Mueller Report