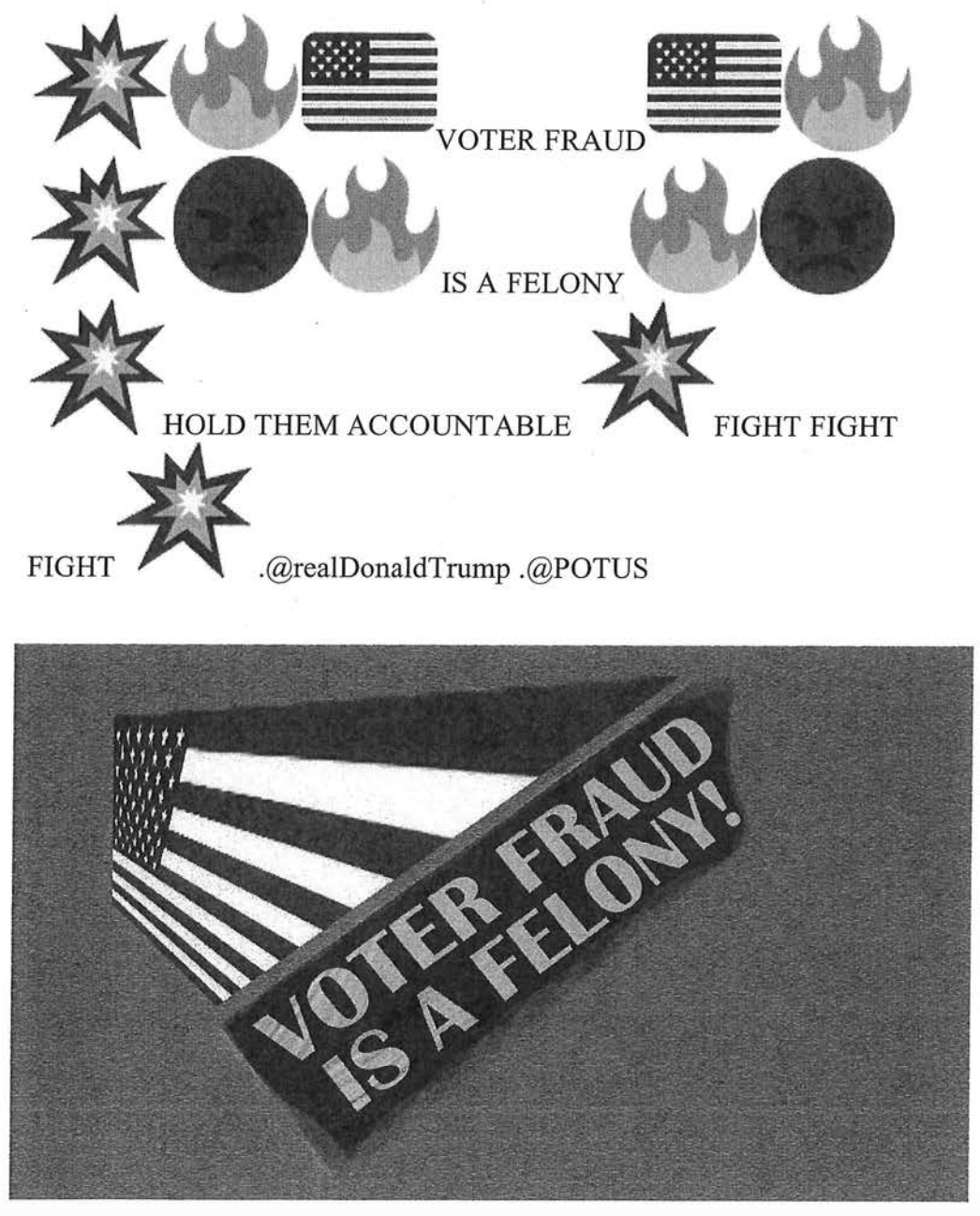 I have long argued that the most visible error that Robert Mueller’s team has made thus far in their investigation of Russian involvement in the 2016 election was in charging Concord Management as part of the Internet Research Agency indictment. Doing so effectively charged Vladimir Putin’s crony, Yevgeniy Prigozhin, in both his natural and corporate form, giving him a way to defend against the charges without having to show up in person in the US to do so. On April 11, almost two months after first being indicted (and after Prigozhin assumed an official role in management of Concord so he could claim he needed to be personally involved in any defense of the company), some American lawyers from Reed Smith showed up to start defending Concord against the charges.

By paying money to have lawyers defend his corporate self against trolling accusations, Prigozhin got the opportunity to do several things:

Thus far, Prigozhin’s efforts have done no real damage. Mueller found a way to limit what Prigozhin could look at by requiring his lawyers keep most discovery here in the US. And he beat back Prigozhin’s first challenge to his authority in Judge Dabney Friedrich’s District Court; Concord has submitted an amicus brief in Roger Stone aide Andrew Miller’s challenge to Mueller’s authority under the same theory, but it won’t get a chance to appeal Friedrich’s decision itself unless the case actually goes to trial.

Prigozhin’s third challenge, to Mueller’s theory of the case, poses more of a problem. While Special Counsel has lots of case law to argue that when charging ConFraudUS you don’t need to prove the underlying crimes (here, that Prigozhin’s trolls committed campaign finance, FARA, and visa fraud violations), Prigozhin’s lawyers nevertheless have argued — starting formally in a brief filed on July 15 — that those poor Russian trolls sowing division in the US had no way of knowing they were supposed to register with the FEC and DOJ before doing so, and so could not be accused of fraudulently hiding their Russian nationality, location, and funding. Effectively, the brief argued over and over and over — some form of the word “willful” shows up 99 times in the filing, “mens rea” shows up 33 times, “knowingly” shows up 58 times — that these poor Russian trolls just can’t be shown to have willfully violated America’s laws against unregistered foreign influence peddling because they had no way to know about those laws.

No case has specifically addressed whether a willfulness mens rea is required in a § 371 defraud conspiracy case like this one. But that is only because of the novelty of this Indictment. In circumstances where, as here, complex regulations are implicated against a foreign national with no presence in the United States, and the threat of punishing innocent conduct is extant, courts frequently have expressed the need for a heightened mens rea requirement. And even in those cases favored by the Special Counsel in his prior briefing, which he erroneously believes serve to relax the standard for criminal intent—requiring only some vague proof that Concord knew “on some level” the existence of some unspecified “regulatory apparatus” governing foreign nationals who participate in some fashion in United States elections (Hr’g Tr. 9:17–22)— the concerns over the proof of mens rea are evident, just as they should be in any conspiracy case. It is simply impossible for any person, whether a foreign national or a U.S. citizen, to have any knowledge of, let alone understand, the Special Counsel’s imaginary “on some level” mens rea standard. Further, none of the cases relied upon by the Special Counsel provide any reason not to impose a willfulness requirement in this case.

As Mueller’s August 15 response emphasized, the trolls focused their challenge to this indictment on Brett Kavanaugh well before he was confirmed.

Concord repeatedly invokes (at 1, 7, 17, 19, 20, 23-24, 27, 31, 32) Judge Kavanaugh’s majority opinion in Bluman v. Federal Election Comm’n, 800 F. Supp. 2d 281 (D.D.C. 2011), sum aff’d, 565 U.S. 1104 (2012), and his concurring opinion in United States v. Moore, 612 F.3d 698 (D.C. Cir. 2010), but neither addresses Section 371. Bluman—a civil case—assessed the constitutionality of the ban on non-citizens’ political expenditures and cautioned that, when the government “seek[s] criminal penalties for violations of th[at] provision” (which requires a defendant “act ‘willfully’”), the government must prove the defendant’s “knowledge of the law.” 800 F. Supp. 2d at 292 (citation omitted; emphasis added). Similarly, Moore concerned a violation of Section 1001, which “proscribes only those false statements that are ‘knowingly and willfully’ made.’” 612 F.3d at 702 (Kavanaugh, J., concurring) (emphasis added). Accordingly, Judge Kavanaugh opined, the government must prove that “the defendant knew his conduct was a crime.” Id. at 704. Because Count One need not allege a violation of a substantive offense other than Section 371 and that statute does not contain an express “willful” element, Bluman and Moore contribute nothing to Concord’s mens rea argument.

Moreover, it looked like Trump appointee Dabney Friedrich (who gave the challenge to Mueller’s authority far more consideration than she should have) was sympathetic to the troll challenge to the indictment.  Not only did Friedrich seem sympathetic to the Concord challenge in a hearing on Monday, on Thursday she ordered Mueller’s team to be more specific about whether the trolls had to — and knew they had to — register with the FEC and DOJ.

Specifically, should the Court assume for purposes of this motion that neither Concord nor its co-conspirators knowingly or unknowingly violated any provision, civil or criminal, of FECA or FARA by failing to report expenditures or by failing to register as a foreign agent?

That is the genius (and I suspect, the entire point) of the complaint against Prigozhin’s accountant, Elena Alekseevna Khusyaynova, who oversees the funding of all these trolls, which was unsealed yesterday.

It provides proof that Prigozhin and Concord continued to engage in ConFraudUS long after receiving notice, in the form of that February 16 indictment, that the US considered engaging in such trolling without registration a crime.

Among the overt acts of the conspiracy, for example, the complaint describes Khusyaynova:

In other words, the complaint shows that even after Concord got indicted for spending all this money to influence American politics, even after it hired lawyers to claim it didn’t know spending all that money was illegal, it continued to spend the money without registering with FEC or DOJ. The very same day Prigozhin’s lawyers filed their attorney appearances in court in DC, his accountant in St. Petersburg was laundering more money to pay for trolling.

But the true genius of the complaint comes in the evidence of trolling it cites. As noted, the complaint cites two trolls tweeting about the February 16 indictment of their own trolling.

@JemiSHaaaZzz (this was an RT): Dear @realDonaldTrump: The DOJ indicted 13 Russian nationals at the Internet Research Agency for violating federal criminal law to help your campaign and hurt other campaigns. Still think this Russia thing is a hoax and a witch hunt? Because a lot of witches just got indicted.

Prigozhin has paid 7 months of legal fees arguing that he had no idea that this was a crime, even while paying $5 million, part of which paid his own trolls to describe being indicted for “violating federal criminal law” and asking to be sent to Gitmo for that crime.

And his trolls continued to claim they had knowledge of American campaign law, as when on March 14, almost a month after the indictment, @TheTrainGuy13 reposted a pro-Trump tweet noting that voter fraud is a felony. 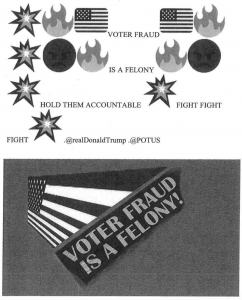 The complaint even cites @KaniJJackson tweeting about a Net Neutrality vote on May 17, well after Reed Smith had told the court they were representing Concord to make claims that Prigozhin had no idea unregistered political trolling was illegal.

Ted Cruz voted to repeal #NetNeutrality. Let’s save it and repeal him instead.

Since July, Prigozhin’s Reed Smith lawyers have spent 326 pages briefing their claim that their poor foreign client and his trolls had no way of knowing that the United States expected him and his trolls to register before tampering in US politics. Even while they were doing that, in a complaint filed in sealed form three weeks ago, on September 28, DOJ had compiled proof that even after receiving official notice of the fact that the US considered that a crime on February 16, even after Prigozhin showed on April 11 his knowledge that the US considered that a crime by hiring attorneys to argue he couldn’t have known, he and his accountant and his trolls continued trolling.

As persuasive as Reed Smith lawyers have been in arguing Prigozhin couldn’t have known this was illegal, his trolls have laid out far better proof that he knew he was breaking the law.