If New York Got a Late Start, Then Trump Hasn’t Even Started Yet 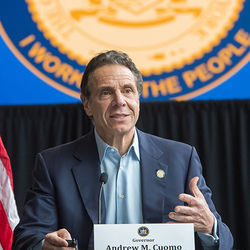 One of President Trump’s current attempts to dodge accountability is to blame New York’s spiking COVID-19 deaths on its late start. 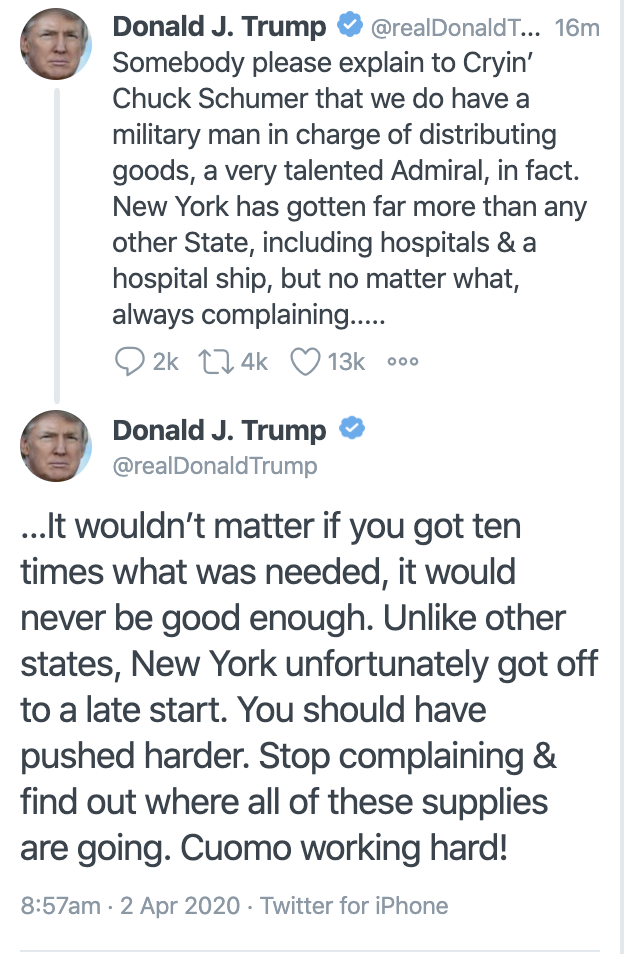 New York — and the nation, and the world — would have been far better off if Andrew Cuomo had imposed a shut-down on March 7, when he declared an emergency. But that was six days before Trump declared an emergency, perhaps because he was busy throwing a party on March 7 at which COVID was probably spread among his guests.

New York would have been far better off if it had imposed a state-wide shutdown instead of imposing a containment zone in New Rochelle on March 10. It would have been better off had Cuomo issued a stay-at-home order on March 16 instead of simply shutting down non-essential businesses and canceling gatherings of more than 50 people. But from that day on, Cuomo’s measures were more severe than anything Trump has recommended, which to this day only recommends seniors and those with pre-existing conditions stay at home.

So yes, New York didn’t respond as early as it should have (and Bill De Blasio in particular was irresponsible and slow).

But New York has always been — and remains — far ahead of what Trump has done.

So if Trump wants to accuse New York of responding slowly, he should first explain why he has always lagged New York’s response.

Trump’s Promise of Only 100,000 Deaths Assumes We Ignore Him Trump And Southern Governors Team Up To Kill Republican Voters