There are further problems with the alterations, not least that DOJ claims that these documents were “scanned.” A comparison of the original set of notes with the altered one, along with the blue sticky visible on Bill Priestap’s notes with how the same kind of blue sticky appeared on McCabe’s altered notes make it clear these were copied, along with being scanned, a step that made the alterations far less visible. 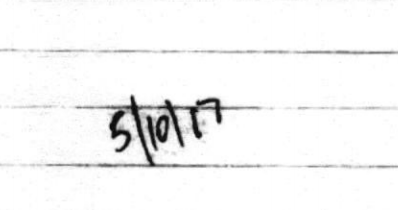 With the altered altered notes. 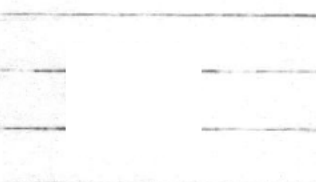 It’s clear that rather than simply taking the sticky off, DOJ instead simply whited out the date, along with the lines of the page beneath it.

But you can see this by comparing the three versions of the Strzok notes. Unaltered: 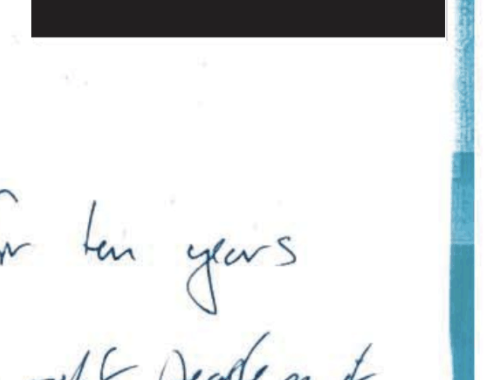 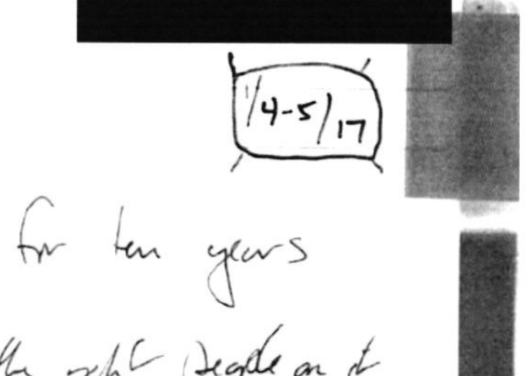 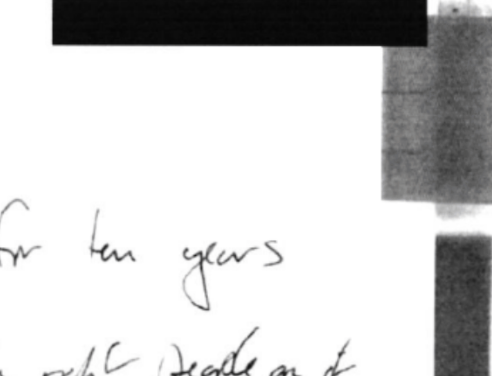 The sticky is still visible in the second alteration, which suggests they’ve done the same thing they did with McCabe’s altered notes, just edit out the alteration, rather than scan the original document. I suspect the reason they doubled down on altering documents is because doing otherwise would make it clear that the McCabe notes, in particular, could not have been “scanned,” because it would have made the blue sticky visible.

So tomorrow they’re going to have to certify that their re-altered notes are “authentic.”

There may be a far more interesting reason why DOJ chose to re-alter the altered documents rather than providing the originals.

In both Jocelyn Ballantine’s notice of discovery correspondence about the Strzok notes:

During the review, agents for EDMO placed a single yellow sticky note on each page of the notes with estimated dates (the notes themselves are undated). Those two sticky notes were inadvertently not removed when the notes were scanned.

I am providing replacement versions of these documents, and ask that you destroy the prior versions provided to you. We have determined, and confirmed with counsel for Peter Strzok, that the content of the notes was not otherwise altered.

And her notice of compliance, falsely claiming to comply with Judge Emmet Sullivan’s order to authenticate all the documents submitted in this case, she blamed WDMO FBI Agents for the alteration to Strzok’s notes.

In response to the Court and counsel’s questions, the government has learned that, during the review of the Strzok notes, FBI agents assigned to the EDMO review placed a single yellow sticky note on each page of the Strzok notes with estimated dates (the notes themselves are undated). Those two sticky notes were inadvertently not removed when the notes were scanned by FBI Headquarters, before they were forwarded to our office for production.

But her notice of discovery correspondence accompanying the newly altered McCabe notes:

At some point during the course of the review of this page of notes, government agents placed a clear sticky notes (with a colored tab) on this page of notes. On the clear portion of this tab was written the date of 5/10/2017. This sticky note was inadvertently not removed when the notes were scanned.

I am providing a replacement version of this document, and ask that you destroy the prior version provided to you. The content of the notes was not otherwise altered.

And her notice of compliance, she didn’t reveal who had altered McCabe’s notes.

In one case, she blames, “government agents,” in the other case, she blames “someone.” Blaming “someone” is not a very good way to convince a judge you’re not pulling a fast one.

Realtering the altered notes is not either.

Note, too, that while Ballantine says she has reviewed the contents of Strzok’s notes with his lawyer, she only claims that the content of the McCabe notes has not been altered. If the redactions change the meaning of the notes, falsely tying a SSCI briefing to the notes about Flynn, I can see why she might do that.

By realtering the notes, DOJ is hiding that the altered notes were not, in fact, scans (because if they had been scanned the alteration would have been obvious because the stickies in both cases were colored, and FBI’s scans pick up color).

But I suspect they’re also hiding who that “government agent” is who altered McCabe’s notes.

Chuck Grassley and Ron Johnson Produce a 285-Page Confession They’re Unfamiliar... (Part of) What I Shared with the FBI