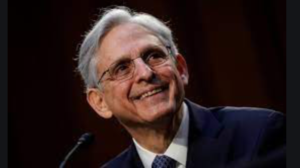 As you may, or may not, have heard, Merrick Garland was confirmed, by a vote of 70-30, as the next Attorney General for the United States a few minutes ago. That is a good thing. Garland is a competent, and stabilizing, presence that will be very good for the Department of Justice. And, man can the DOJ use that about now.

But, before people do too many backflips, remember that Merrick Garland is no avenging liberal hero. He has a horrible record on criminal justice issues, and very long has. He is a built in stabilizer, but certainly not as the once and future cure for the ills of the justice system, which at his new job will be front and center.

Is Garland the cure? No. He is an admirable and good man that will restore some bit of normalcy and, hopefully, consistent competence to the DOJ. That alone means everything right now in the wake of the disastrous Jeff Sessions, Matt Whitaker and William Barr eras under Donald Trump. The resetting and stabilization is critical right now.

There are a bunch of just below the AG nominees Biden has made that are great. As Marcy noted previously, Vanita Gupta and Kristen Clarke are excellent people. And, yes, even Lisa Monaco (as DAG) will likely be a competent and worthy person in leadership. Didn’t see me saying that ten years ago. There are also outstanding former DOJ people like Sam Bagenstos and Sasha Samberg-Champion returning to government, even if not at the DOJ, and they are taking pay hits to do so. Be thankful for those, and similar, people because that is also truly good stuff.

In short, all are tectonic shifts in the right direction from the disastrous Trump years. But, as to Garland, let’s wait and see. He was a good and stable choice. Before you place your hopes and dreams on him too much, however, let him show his work. On criminal justice, his history of work has been, shall we say, rather uneven. There were several warts when Obama nominated Garland for the Supreme Court, and there still are. For now though, great.