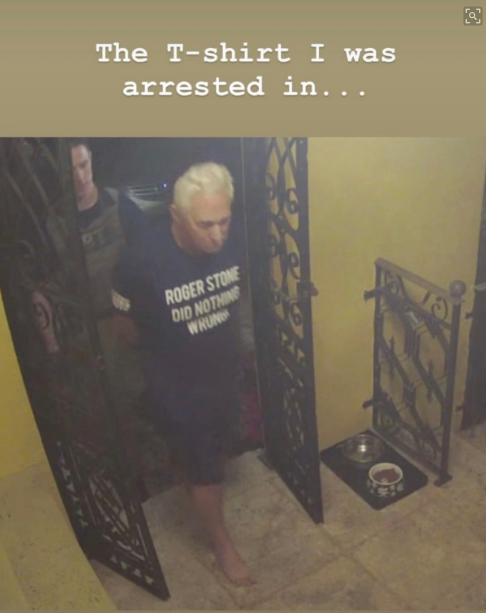 Roger Stone submitted two motions in his defense today. The first, opposing a gag in the case, is rigorous and will make for an interesting legal battle (until such time as Stone violates the protective order in the case, in which case it’ll become a no-brainer; here’s the government’s motion supporting a limited gag). The second, objecting to the designation of Stone’s case as “related to” the GRU indictment, is a frivolous attempt to force evidence into the public realm, similar to the way Yevgeniy Prigozhin is using a defense of Concord Management in an attempt to obtain the intelligence that went into that investigation.

As I noted in this post, the local DC rules deem a case to be related in three cases, the third of which says that cases are related if they arise from a common wiretap, search warrant, or the same alleged criminal event.

A related case for the purpose of this Rule means as follows:

(1) Criminal cases are deemed related when

(i) a superseding indictment has been filed, or

(ii) more than one indictment is filed or pending against the same defendant or defendants, or

(iii) prosecution against different defendants arises from a common wiretap, search warrant, or activities which are a part of the same alleged criminal event or transaction. A case is considered pending until a defendant has been sentenced.

With his filing, Stone includes the form prosecutors used to lay out why his case related to that of the GRU officers who hacked the election.

The form makes it clear that the cases are related both because there’s a common search warrant and because both cases arise from “activities which are part of the same alleged criminal event or transaction.” Not only that, it explains why that’s the case:

In particular, certain evidence that is relevant to this case was derived from search warrants executed in Netyksho et al., and the alleged obstructive conduct in this cases arises from claimed and then disputed advance knowledge about the dissemination of stolen document during the 2016 presidential campaign that forms, in part, the basis for the criminal charges against Netkysho et al.

Stone’s lawyers don’t mention that explanation at all in their motion. Instead, they argue (fairly, as far as this cynical move goes) that because they need to object to the designation within 10 days but they haven’t obtained discovery yet to understand this, they need to register this objection now. Rather than asking for that an explanation or due consideration of the explanation included on the form, though, they instead demand all the evidence and reasoning used to support the designation.

At first blush and without the benefit of discovery, there is nothing about these cases that suggests they are suitably related, other than they are both brought by the Office of Special Counsel. The notice served on defense counsel requires an objection to the designation be filed within ten days of the arraignment. As a result of this constraint of a timely objection, the government should be required to disclose all evidence and reasoning used to support its requested designation since the goal of the local rule is to safeguard the honor of the district court and protect the rights of defendants like Roger Stone. [my emphasis]

The motion then goes on to make a series of contradictory claims. For example, he claims,

Defendant Stone has been charged with lying to Congress and witness tampering under 18 U.S.C. §§ 1505, 1001, 1512(b)(1), 2. There is no mention of hacking, stealing, or involvement with Russia or the Netyksho defendants

Just a few paragraphs before he cites his own indictment mentioning that very same hack.

Ultimately, he gets around to admitting it is the same alleged hack.

There is not one single fact alleged in either indictment about the facts in the other indictment, other than that the Russians stole emails that Stone, a year later, allegedly lied to Congress about regarding his failed efforts to find out about them. Thus not a single one of the three criteria exists that is necessary for relatedness to be found.

Similarly, he notes how the GRU indictment describes him,

The Office of Special Counsel further alleged that “on or about August 15, 2016, the [Russian defendants] posing as Guccifer 2.0, wrote to a person who was in regular contact with senior members of the presidential campaign of Donald J. Trump, ‘thank u for writing back…do u find anyt[h]ing interesting the docs I posted? … The person responded, ‘[p]retty standard’.”

Just a few paragraphs before he cites similar language from his own indictment.

It also claims that Defendant Stone was a political consultant employed by the Trump campaign until August 2015 (Id. ¶ 4), and that “[d]uring the summer of 2016. . .[he] spoke to senior Trump Campaign officials about Organization 1 and information it might have had that would be damaging to the Clinton Campaign.”

Most interesting is the way Stone acknowledges that the GRU indictment alleges that Guccifer 2.0 sent 20,000 emails to WikiLeaks,

Later, it was also alleged that some 20,000 stolen emails were transmitted by Guccifer 2.0 to “Organization 1.”

Just a few paragraphs before he admits his own indictment describes him bragging about communicating with WikiLeaks.

The indictment further alleges that Defendant Stone was “claiming both publicly and privately to have communicated with Organization 1″ (Id. ¶ 6),

That said, Stone doesn’t consider the commonality of WikiLeaks’ actions in this motion, which is probably the point.

In any case, Stone likely already has some of this information; it’s likely that the various conspiracies he’s at risk for being charged with were on his search warrant.

Don’t get me wrong. I’m pretty interested in why these cases are deemed related and (just as an example) the GRU indictment was not deemed related to George Papadopoulos’ case, which was still pending at the time of the indictment (the answer is probably that none of the Papadopoulos investigation implicated WikiLeaks directly).

But once the government claimed there were common search warrants, plural, used in both these cases, it became really easy to make sense of why: WikiLeaks, the Guccifer Twitter account, and Stone’s own warrants would be common to both of the indictments.

Roger Stone was, thus far, just charged with false statements. But it’s clear the government is still entertaining other charges against him and others. So Stone is using this related designation as a way to fish for how close any further charges might be.

Open Thread: Is that a Smile? [UPDATE] If It’s The Weekend, It Must Be Golf