PCLOB: The Essential Oversight Link Designed to Be Inadequate 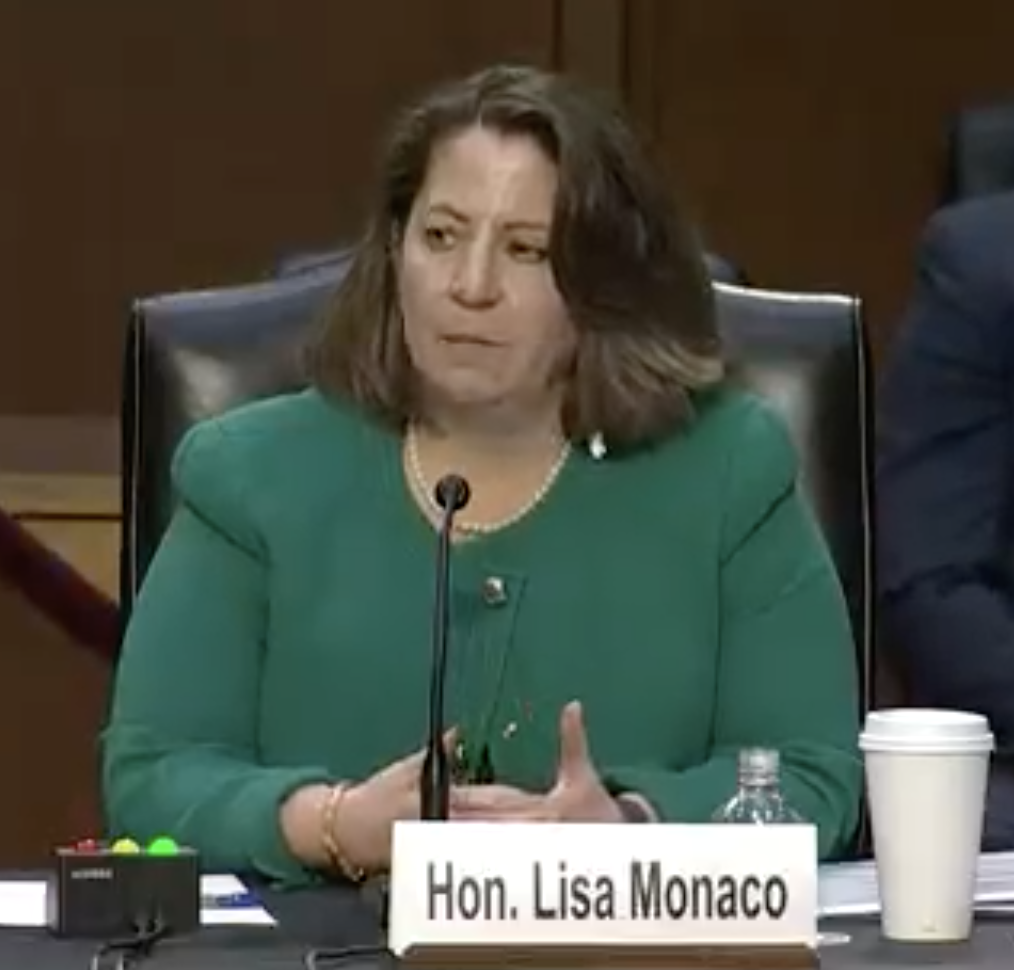 Last year, there were a couple of measures that purported to respond to the problems with the Carter Page FISA application but which would not have helped him at all. In February, House Judiciary Committee rolled out a bill to replace the now-lapsed Section 215 of FISA that included a Privacy and Civil Liberties Oversight Board review of the impact that tradition FISA had on First Amendment Activities.

SEC. 303. REPORT ON USE OF FISA AUTHORITIES REGARDING PROTECTED ACTIVITIES AND PROTECTED CLASSES.

(a) REPORT.—Not later than one year after the date of the enactment of this Act, the Privacy and Civil Liberties Oversight Board shall make publicly available, to the extent practicable, a report on—

(1) the extent to which the activities and protected classes described in subsection (b) are used to support targeting decisions in the use of authorities pursuant to the Foreign Intelligence Surveillance Act of 1978 (50 U.S.C. 1801 et seq.); and

(2) the impact of the use of such authorities on such activities and protected classes.

As I noted at the time, because PCLOB’s mandate is limited to counterterrorism, it would not be able to look at counterintelligence targeting. This is not the first time that PCLOB’s mandate made its work less useful than it could be. Because its Section 702 report was necessarily limited to the counterterrorism uses of the law, PCLOB’s report did not address problems with the cybersecurity and counterproliferation uses of Section 702, both of which have far more unexpected impact on US person’s privacy than the counterterrorism use.

Then, in May, PCLOB’s Chair, Adam Klein, announced PCLOB was going to review traditional FISAs.

Adam I. Klein, the chairman of the privacy board, said that the issues Horowitz surfaced were precisely those that the board was established to examine.

“This is at the heartland of our jurisdiction,” said Klein, a lawyer and prominent researcher of FISA and other national security laws. “The IG found systemic compliance problems. At a minimum, we have a duty to inform ourselves.”

I again noted that PCLOB’s mandate would limit the value of such a review, and indeed, would prevent PCLOB from even reviewing the precipitating application, Page’s counterintelligence application.

Last week, Klein released the results of that review, billed and released not as a PCLOB report, but as a Chairperson’s White Paper (Klein has said he’d step down once Joe Biden replaced him). He makes clear,

I provide several observations and recommendations based on this review. These views are provided in my individual capacity as Chairman and should not be attributed to the Board as a whole or to other members of the Board.

Its recommendations are not obviously supported by the described scope of the review. His White Paper generally argues for more efficiency, a recommendation that conflicts with virtually all other conclusions that came out of the Carter Page review (though some of his recommendations to achieve efficiency, such as making the authorization period for non-US person FISA applications one year, make sense). He makes two recommendations (that the Woods file not require repeated documentation for repeated facts and that DOJ distinguish between information known at the time and information learned subsequent to an initial application) that would undercut some of the results of the DOJ IG Report on Carter Page.

Klein’s White Paper does recommend that a summary memo submitted with the application which highlights novel privacy, legal, or technological issues. If the FBI Director or his delegate were required to sign off on that summary as well as the current certification (that doesn’t address the probable cause content of the application in the least), it might provide a level of accountability that (Congress doesn’t yet understand) FISA currently lacks. Other than that, Klein’s White Paper reads as much like a valedictory trying to guide future PCLOB plans as it does a report to improve FISA. Almost two pages of the 26-page report constitutes a recommendation to reauthorize Section 215 of FISA.

But, as predicted, the review did not consider anything remotely pertinent to what happened to Carter Page.

To conduct its review of applications themselves, PCLOB asked for and received the subset of the 29 FISA files that DOJ IG is conducting a review of that pertain to counterterrorism as well as the backup exchange between FBI and DOJ regarding those applications. That included:

These details help us understand the two reports DOJ IG wrote about the full set of 29 files, which I wrote about here. Of the 29, ten must be counterintelligence files like Carter Page’s.

It also didn’t review any Sensitive Investigative Matters — applications which, like Carter Page’s, involve someone who is a political, journalistic, or religious figure whose targeting should get extra scrutiny. That seems to suggest that DOJ IG did not include any counterterrorism applications targeting SIMs in its review (it would seem SIMs would be more likely to be targeted on the counterintelligence side, but we know of religious and political figures targeted under counterterrorism FISA applications). These would be the applications that pose the greatest privacy and civil liberties concern.

In lieu of that, FBI Office of General Counsel provided PCLOB with,

That’s presumably how PCLOB learned that there aren’t all that many SIMs targeted under FISA.

[I]nformation received by the Board indicates that relatively few FISA applications are obtained each year in SIMs.

This matters because PCLOB has been reasonably effective. Indeed, in a book published in April in recognition of the 50th Anniversary of the Pentagon Papers, Lisa Monaco (in a contribution submitted before she became Deputy Attorney General) pointed to PCLOB’s contributions after the Snowden releases as an important way forward to balance security and secrecy in the age of mass leaks. Monaco even recommended that PCLOB consult with the Director of National Intelligence prior to the implementation of certain policies. (Director of National Intelligence Avril Haines also contributed a chapter to the book, which was far more intriguing that Monaco’s.)

Another would be to institute a practice of DNI consultation with the PCLOB before the adoption of certain collection programs. The PCLOB served an important function after disclosures precisely because it is charged with considering privacy and civil liberties implications as well as the national security implications of counter-terrorism programs.82 It could be a valuable addition to the consideration and review of some intelligence programs for a standing body with the infrastructure to handle classified information to work with privacy officers in each agency to assess privacy concerns and conduct privacy impact assessments that are reported to the DNI.

But as noted above, even PCLOB’s Section 702 review suffered because it couldn’t look at several of the applications of 702, applications implicated by the Snowden releases.

Last year, I was told that efforts to expand the jurisdiction of PCLOB would be a poison pill to any bill to which they were attached. I can only assume that means the Executive doesn’t want to expose to scrutiny they kinds of practices that were central to the Carter Page application.

But if Lisa Monaco believes PCLOB has a role to play in balancing national security and secrecy, she should ensure its mandate is sufficiently broad to do that job.

On Helmets And Vaccinations Thomas Webster’s Opening Electronic Communication: A Glimpse at How FBI...