Thomas Webster’s Opening Electronic Communication: A Glimpse at How FBI Sees This Terror Attack, Not a Debunking of Christopher Wray 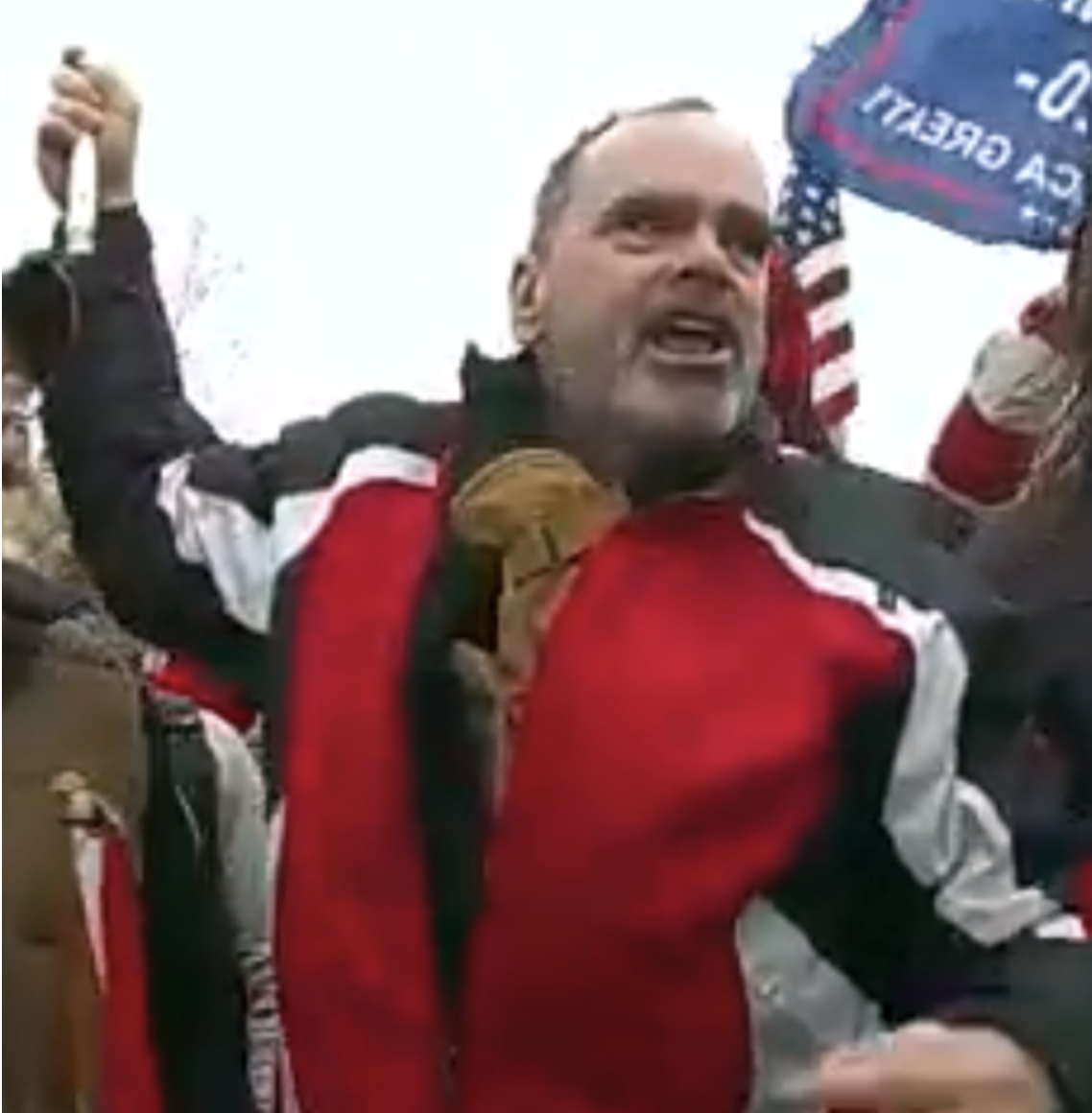 There’s an NBC story making the rounds — “FBI agent acknowledges in court filing that Trump backers discussed ‘revolution’ before Jan. 6” — which has been taken to suggest that an FBI Agent submitted a declaration contradicting FBI Director Christopher Wray’s claims to Congress that open source intelligence didn’t tip off the Bureau to the January 6 attack before it happened.

The FBI director and other senior officials have consistently downplayed the intelligence value of social media posts by Trump supporters prior to the Jan. 6 Capitol riot, suggesting the bureau had no “actionable” warning that the Capitol would be targeted by a mob.

But according to a document entered into court records last week, an FBI agent acknowledged in a February investigative report that angry Trump supporters were talking openly in the days before the riot about bringing guns to the Capitol to start a “revolution.”

The rest of the article is correct. Wray (who doesn’t have firsthand knowledge) has repeatedly suggested that the FBI did not have Open Source intelligence that should have led it to predict the January 6 riot. Democrats have recently focused on why FBI didn’t respond more aggressively to repeated warnings of violence from Parler. The famous Norfolk memo was based on a post from TheDonald, which is where a great deal of more explicit operational planning for the riot took place. And in addition to the existing extremists whom FBI warned not to show up on January 6 (Wray has suggested this includes Proud Boys Chairman Enrique Tarrio), there were at least three other January 6 defendants — the most dangerous of whom is Guy Reffitt — on whom the FBI had open investigations before the insurrection (though in Reffitt’s case they may not have regarded the warning from his son as enough to fully predicate an investigation).

There are very good reasons to ask why the FBI missed the large numbers of threads branded as Donald Trump support sites planning insurrection in plain sight (though the question, phrased that way, might answer itself).

That said, I’d like to look at the document on which this story is based, because it is not well described in the story and it provides interesting insight into the larger January 6 investigation.

The document in question is the opening Electronic Communication for Thomas Webster, the former NYPD cop accused of assaulting an officer at the Capitol (Webster’s attorney, Jim Monroe, redacted his own phone numbers in the document but not any of the more sensitive information relating to his client before uploading it to the docket). This is a piece of internal FBI paperwork necessary to document why, when, and how the investigation into Webster was first opened. For comparison, here are the opening ECs for the Crossfire Hurricane investigation and the Crossfire Razor investigation focused on Mike Flynn.

The paragraph of interest (which NBC only quoted in part) shows up at the end of a long section of boilerplate and is almost certainly itself boilerplate.

Social media and video footage of the event show rioters making statements consistent with Anti-Authority/Anti-Government (AA/AG) Extremism. A review of open source and social media posts leading up to and during the event indicates that individuals participating on the “Stop the Steal,” rally were angered about the results of the 2020 presidential election and felt that Joseph Biden had unlawfully been declared ‘President-Elect. Users in multiple online groups and platforms discussed traveling to the Capitol armed or making plans to start a “revolution” on that day. Participants in the riot used violence, which resulted in injuries to multiple law enforcement officers and damage to the United States Capitol building, all with the intent to subvert the certification of the electoral election ballots and thereby disrupt the election of the President of the United States in furtherance of their AA/AG ideology.

I say this is boilerplate because everything up to this paragraph in the “Summary of Predication” section shows up in most of the arrest warrants used in this investigation (much of it shows up in search warrant affidavits, though those include an even more complete story of the riot, including pictures). The paragraph immediately after this one describes why the FBI is opening a full investigation into Thomas Webster — because his lawyer called the FBI and said Webster was the person identified in BOLO 145 depicting someone assaulting a cop and Webster wanted to turn himself in. This, then, is probably the last paragraph used as boilerplate, not any reflection of investigative work its author, FBI Agent Patricia Norden, has done herself.

There’s no reason to believe that Agent Norden is calling out her boss for being less than forthcoming (while she took the lead in Webster’s interview, she’s not the FBI-based Agent who wrote Webster’s arrest affidavit). Rather, this is almost certainly something the FBI as a whole uses to describe the investigation. The introductory sentence that NBC left out — describing the statements of those at the riot — makes it clearer that the discovery of the social media claims was retrospective, a historical review of the speech that led up to a violent speeches and acts discovered after those violent acts (largely assisted by the FBI’s seizure and search of the phones of most of the arrestees). It is utterly consistent with what Wray has said about the investigation. By all appearances, then, this is not a debunking of the Director, but rather a final paragraph the FBI uses internally to explain why it is treating the January 6 attack as Domestic Terrorism.

Several other parts of the EC provide some insight into the investigation (and may hint at why this particular paragraph isn’t included in the standard arrest warrant boilerplate). This investigation came in as a counterterrorism investigation. Webster’s alleged assault is not even mentioned among the suspect crimes. Civil disorder is mentioned and Trespass in the Capitol are mentioned, both of which Webster was charged with. Rioting is mentioned, with which no one has been charged. The restricted building trespass count charged against virtually all January 6 defendants (18 U.S.C. § 1752), tied to the presence of Secret Service protectees Mike Pence and Kamala Harris, is mentioned in the introduction to the EC but not the later list of suspected crimes. The classification code used for the investigation — 176 — ties to anti-riot law, which in turn cites 18 U.S.C §245, attempting to interfere with a federally protected activity like voting, which also hasn’t been charged (though these codes are infuriatingly non-specific). The whole package is labeled here under Domestic Terrorism. This is a story told in bureaucratic code describing that the terrorism on January 6 was meant to intimidate people.

In other words, while NBC is correct that this paragraph shows that the FBI as a whole (and not just Agent Norden) recognizes, in retrospect, that the insurrectionists planned revolution in plain sight, this paragraph and the related EC is as interesting as much for the snapshot it gives about what kind of terrorism the FBI believes this was. The FBI as a whole, while clearly acknowledging that this is being treated as a terrorism attack, has been loath to get into the details about what — besides some damage to the Capitol itself — makes it a terrorist attack. This presumed boilerplate paragraph describes that some of the planners of the terrorist attack planned to use violence and the riot to disrupt the election of the lawfully elected President of the United States.

There are a few more incidentally interesting details. Since his arrest, Webster has made much of the fact that he worked a detail for then-Mayor Mike Bloomberg. This EC reveals that FBI already knew that Webster served in a “uniformed security position at City Hall” even before Webster told them that in an interview three days later. NYPD delayed in its response to Webster’s subpoena for his own NYPD record and what has been released (which is not properly redacted so I won’t link to it) may not fully reflect that detail. But neither that detail nor the tie to the election makes Webster’s own investigative file a Sensitive Investigative Matter. Webster’s status as a former Marine decades ago, however, did trigger a DOD nexus out of concern that he might have access to DOD facilities.

We don’t normally get to see ECs from investigations, particularly not in mostly-unredacted form as Webster’s lawyer docketed it. This one is in no way a debunking of the FBI Director, but it is an interesting snapshot of how the FBI viewed this investigation four months ago.

Update: The site where everything was planned was The Donald Dot Win, not r/TheDonald.

Update: I should add one more detail. The FBI Agent uses Webster’s participation in the insurrection to recommend him for watchlisting. Contra claims by insurrectionists themselves, that’s different than the No Fly list (and there’s no evidence anyone has been put on the No Fly list). And while it’s not clear what became of this recommendation, it suggests similar watchlisting may have been used against other subjects of Full Investigations associated with the attack.